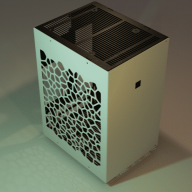 scatterforce said:
I like this case (still) but can the gpu and psu be switched? Right now, the graphics card has very little room for exhaust. You have a solid front panel and the PSU sitting directly above it, limiting options for air to move.

If the GPU was moved to the top, it would be able to exhaust out of the vented top. I think you'll net quite a bit of performance that way. Yes, the case will likely grow a bit to accommodate that, but I think that's a fair trade.
Click to expand...

Because of a couple issues with the gpu, we had to change around the entire layout. It now doesn't have the issues anymore you talked about. The size is 0.06L larger though, at 3.75L. Not a big deal I hope. I will share pictures when it's done.
Reactions: Jello

Joonst said:
Smol X1 Mini:
- with 3.69L the smallest brickless case in the world to house a full gpu;
- part of the gpu slot and the riser cable is under the case. Case is lifted up by a stand;
- wrap-around sidepanel for ultra clean looks, and mechanical keyboard power switch (which is now flush w/ the panel);
- Super optimized layout, resulting in this crazy small formfactor;
- custom 90 degree gpu power adapter might be used if necessary (we'll need to test if it fits regularly first);
- due to the layout, cables end up from the psu exactly to where they need to be (minimal cable clutter);
- to hide the leftover cable clutter, we're working on a box to put above the motherboard to hide it;
- to test if gpu temps are impacted by the closed fronpanel, we'll also order one with holes to test out;
- X1 Mini, X1 and Big X1 now also come with a second option for the sidepanel pattern: squares;
- target release date: 6 months;
- target price: €100-140 with riser (pcie 4.0 risers are expensive, especially this small).
* we need your suggestions to make this case as good as possible. Let me know if you know something.

- For more frequent updates, you could follow our Instagram (SmolSFF), join our Discord server (https://discord.gg/uBXKXgM6V8), or visit our site SmolSFF.com (Mobile version is not very usable at the moment. We are completely rebuilding it from the ground up, should be done in a few weeks). 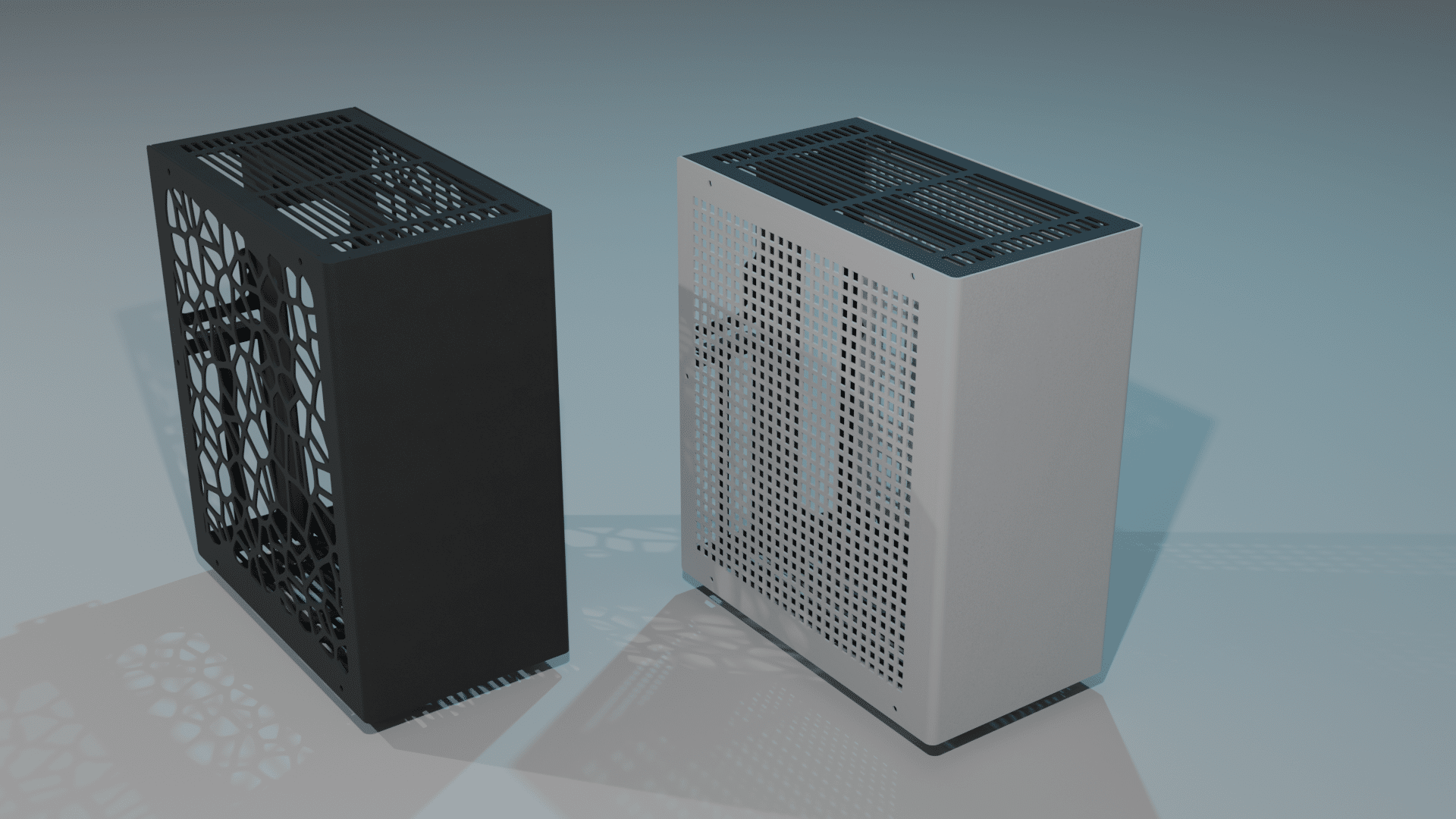 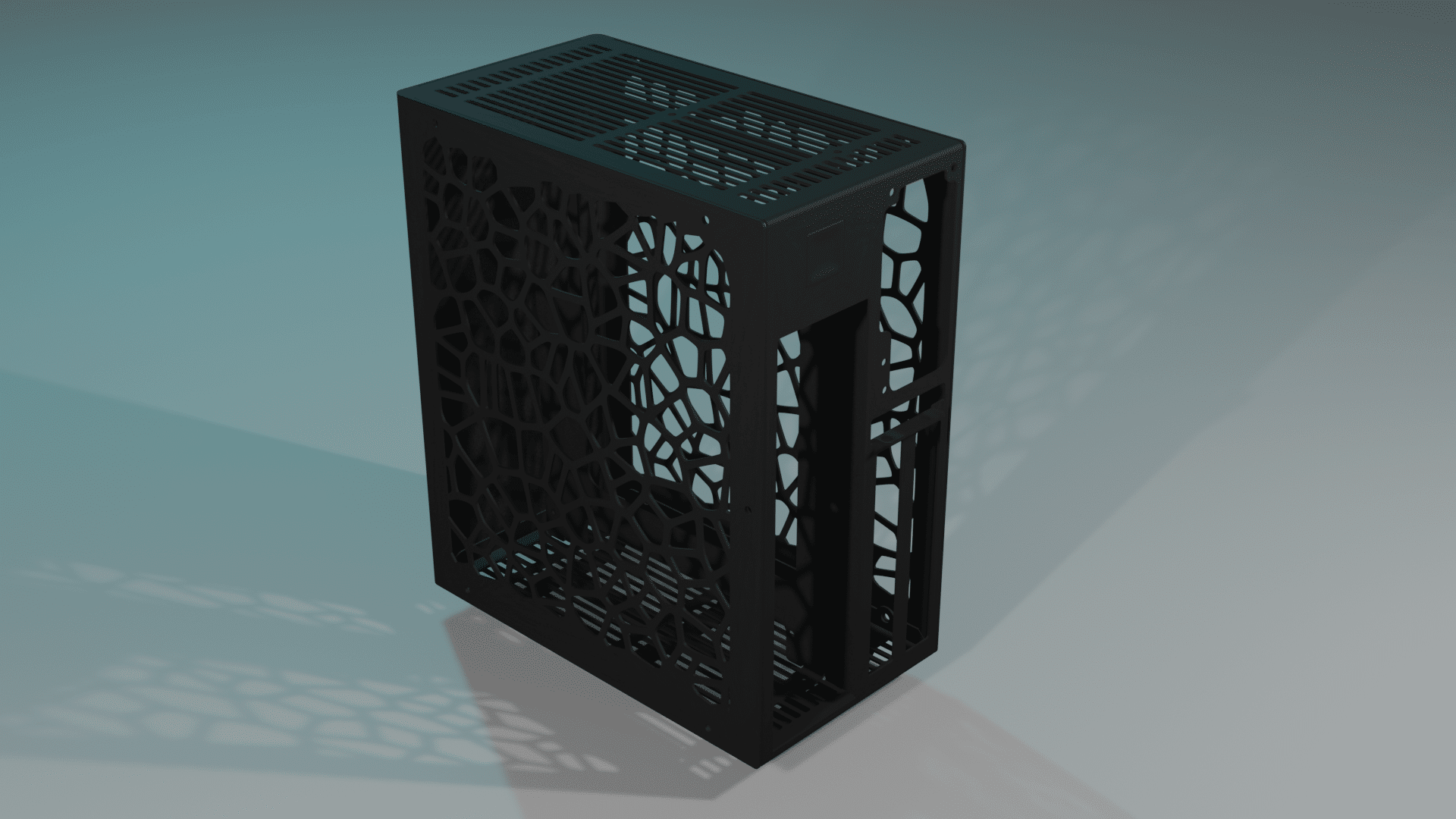 instead of having the power supply at the bottom under the motherboard and gpu like most 4L cases have, we decided to make the case a bit higher and put it underneath the gpu. This saves us quite a bit of room, and it allows us to make this case so small. If necessary, we'll also have a 90 degree gpu extender cable so that the cables fit under the psu better. There even is room left above the motherboard that can be used for cable-management. As said earlier, we're working on a cable-box to put in that room. A bit of the riser cable and gpu slot extend under the case, which allows the case to be less high. This saves you room in your backpack, and it might make the difference between fitting in your tv-cabinet and not fitting in it. For the power switch we wanted to do something unique, so we went with a low-profile clicky mechanical keyboard switch with a keycap that matches the color of the case. The max gpu length is 175mm, and there is 40mm of cpu cooling room. 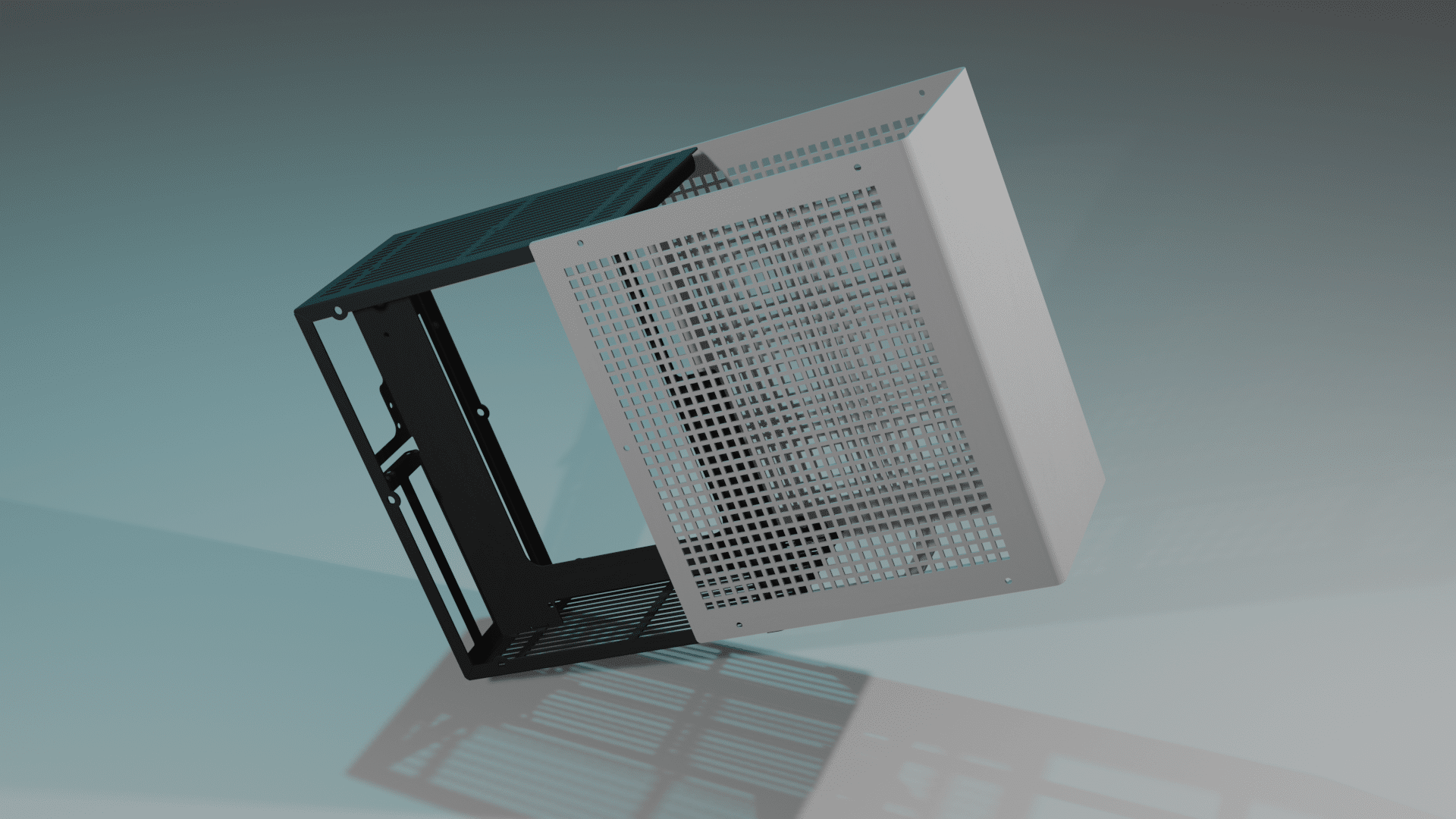 We did this so the X1 Mini can look as clean as possible. That's why we'll also make sure that the screws are flush with the panel (this counts for the X1 and Big X1 too). Unfortunately we weren't able to place the power button on the front, so you'll have to reach to the back off the case to turn the computer on. but because the case is so small, we hope this won't be a big deal for you. Next to the old voronoi pattern, we will also offer a square pattern for the people that would like a more minimalist option.

The rest of the lineup: 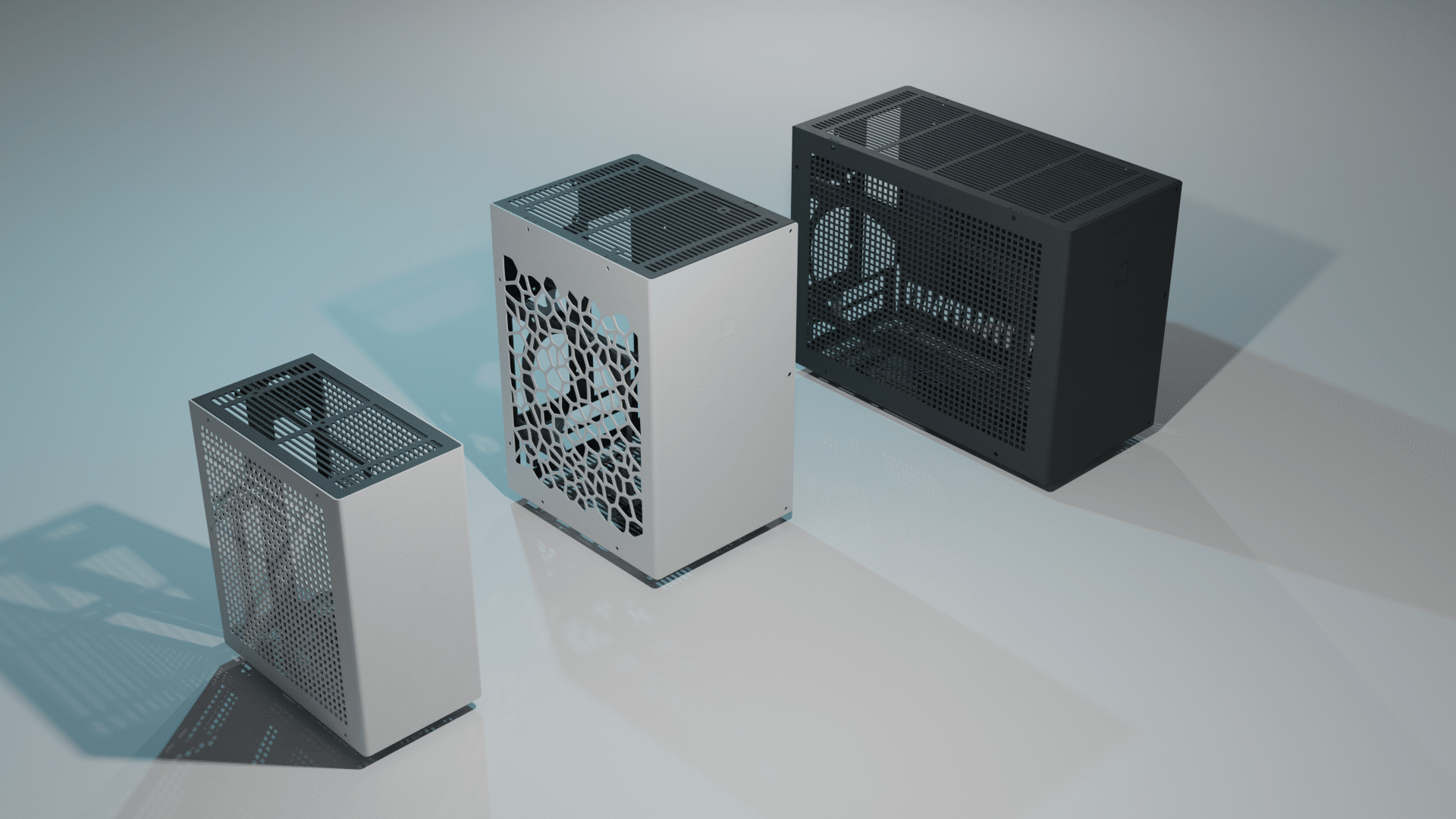 Next prototypes and availability:
We are probably gonna buy the next prototypes soon. These will be very similar to the production units. There will be a custom designed product box, and the cables (psu extender for example) and powerbutton will be preinstalled. There will be a little booklet and more accesoires in the box. The next prototypes will also be made of more premium materials (aluminium) and will be anodized. At least, that's the plan. We are planning on letting in a couple interested people also buy a prototype in the next round, as this will provide early acces to some users and more feedback for us. If you are interested, let me know. If you have any questions or suggestions, let me know too.
Click to expand...

I'm currently redesigning the whole thing, as there was a fitment issue. The case is 0.06L larger at 3.75L, which is still neat I think. I will keep you guys updated.
Reactions: Soul_Est, Fueled By Yams, Killinger and 4 others

Production The Redesign of the Smol X1 is done! Here are the changes:

Concept This is the Smol X1. This is just a render, but I already ordered a prototype. It's 6.65L, and has huge cooling support!