After talking with Joshua Sniffen of NFC Systems, it’s time to have a chat with another SFFLab creator – Craig Babiuk of KMPKT Design. KMPKT is currently focusing on DC-DC power supplies, including the Dynamo Mini, a direct plug ATX power supply and the Dynamo 360, a GPU power unit. 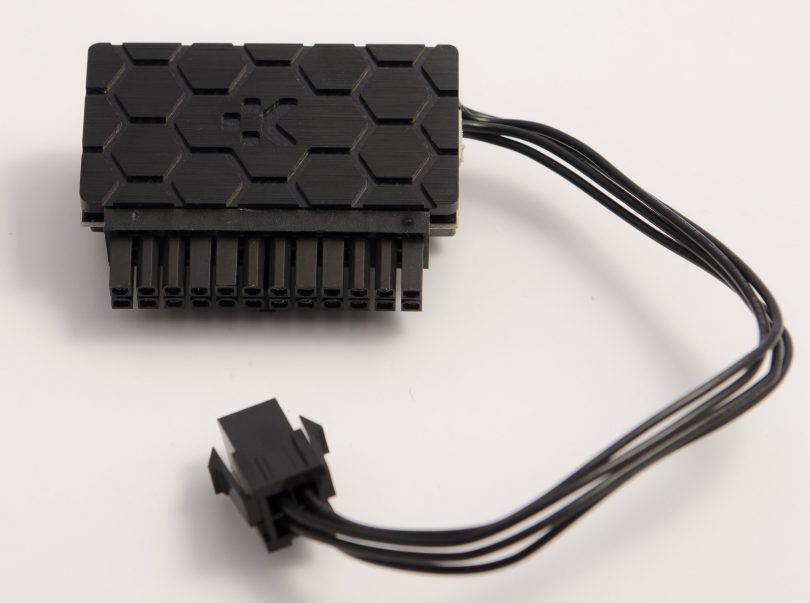 SFFn: What got you into SFF?

CB: I first got hooked on SFF a few years ago when I accidentally stumbled across OC.net’s Small Form Factor Systems board while looking for information on something entirely different. Being a huge fan of all things efficient, I was instantly drawn to the idea of being able to fit such powerful hardware into such a small package. Having recently become a father, my gaming had reduced to a bit of casual World of Warcraft play and not much else. Having no need for multiple GPUs, large amounts of storage or any of the other features afforded by MATX and ATX based systems, ITX made total sense for me.

At the time, the system build of choice was a P8Z77-I Deluxe combined with an Intel 3570K. I voraciously read everything I could about ITX. The smallest GPUs available, low profile CPU coolers, Silverstone’s SFX power supplies and anything else I could find out about SFF. Armed with my new knowledge and a desire to build a small and powerful PC, I bought the board, the CPU and an Arctic White Bitfenix Prodigy. I quickly realized the error of my ways and rebuilt my system into a Silverstone SG13, never looking back.

SFFn: Why power supplies (and not cases like most of the indie guys)?

CB: Originally I had planned on doing a case and actually got most of the way through design before deciding to go in a different direction. As I went through design after design for my case, I realized the community had already developed or was developing most of the effective solutions given the existing hardware available. Over the past several years I have developed a very strong passion for not just small form factor, but also the community that surrounds it. My ultimate goal as a creator is that I want to push the entire community forward as much as I can. Realizing that making another case was not the best way to contribute, I set to thinking about where I felt the largest progress could be made in improving performance, compactness and desirability for the general market in SFF. Ultimately I decided to go in the direction of power and cooling.

Feeling that the crop of DC-DC solutions at the time were underdeveloped and that Flex ATX didn’t have the future I would like it to due to cooling, noise and aestheteic issues, I decided to first put my energy into developing the DC-DC power solution I wanted to see. Being acutely aware of the kind of hardware that people want to be able to put into SFF (8700K + 1080Ti), my primary goal was to provide a minimum of 500 watts of power for system builders. After exploring the possibility of a 500W single board solution like the HDPlex 300W/400W it became very evident that this sort of board would not readily fit in my favourite case the NFC S4 Mini, nor a number of the other popular cases on the market. As I continued to consider design options, I remembered watching Josh Sniffen’s Dual-DC piece on NFC Systems’ YouTube channel. It was a very short leap from there to devise the system that would eventually become the KMPKT Dynamo.

CB: Absolutely no compromises. The builds I enjoy creating and watching the most is where people try to do something creative and unique within the tight constraints of small form factor. As an example, some of my favourite builds include Aibohphobia’s STX 160.0 and Laine’s Luna for these exact reasons. In both of these builds the features and power provided in such a minute envelope is nothing short of mind boggling. It is my hope that my products will if nothing else help the most creative among us to continue building amazing PCs. 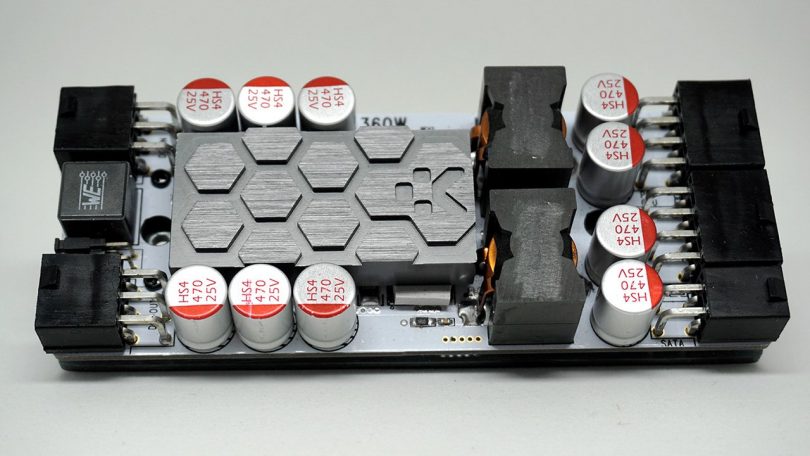 SFFn: Any new products coming up we should be excited for?

CB: As some people in the community are aware, I have actually begun developing a uniquely designed CPU cooler in addition to my power system. As far as changes to the SFF ecosystem go, this is actually the part of the equation I am much more interested in. I feel that the current crop of CPU coolers up to and including the Noctua L9i were designed and built for HTPC use. My sentiment is that these heatsink designs likely haven’t been improved upon because there hasn’t been a significant enough motivator for the various players in this space. They are adequate for the demands of the average user, but fall short when subjected to the demands of the Small Form Factor community. I plan to change that by bringing to market what I hope to be a very disruptive product. My design team and I are about a month away from receiving our first prototype and if it performs in line with expectations, it should be miles ahead of the incumbents. I look forward to sharing it with the community, but unfortunately cannot yet do that as public disclosure of the design would ultimately ruin my patentability.

SFFn: SFFLab – What is your view on the idea and platform?

CB: I think it is a great idea and probably long overdue (not to be judgmental or anything). When I was first approached by Dan (Wahaha360) and Josh (PlayfulPhoenix) about this opportunity, I was both honoured to be considered alongside SFF heavyweights such as NCase, NFC and Dan Cases as well as excited to be involved with a venture that will likely prove to be a historic step forward for our community. Beyond being a platform to sell my products, that the key mission statement of SFF Lab is to facilitate furtherance of and collaboration within the community is wholly aligned with those of KMPKT Design. I look forward to our future together and only hope I can pull my weight.

SFFN: Thank you for participating!