We would like to thank Noctua for providing us with a review sample of their entire thermal interface material suite. Without their generosity, this shootout would not be possible.

Noctua’s latest NT-02 thermal paste has been available in retail channels for a few months now but after playing around with it, I’ve been reluctant to post this review. Not because Noctua’s proposed gains are in any way false, but because it doesn’t appear that the small form factor community can measurably benefit from its usage.

Before I proceed and come off as biased to any of our readers, I just want to state that I gladly go out of my way to promote Noctua products on a daily basis, especially their new 120mm Sterrox fans -those things are amazing. Having owned and used nearly every coveted fan model since the early 2000’s, I am a firm believer that Noctua’s fans and the smooth sound they produce are worth every penny. However, this review is not about fans, it’s about testing to see if their latest thermal paste is measurably better than what you’re currently using.

The problem that our community faces here is very unique; we take great pride in stuffing very powerful hardware into very small boxes. As a result, many of us simply don’t have the capacity to use a 240mm AIO or a 160mm tall 250 watt TDP heatsink. Instead, we’re stuck with low-profile 65 and 95 watt coolers and as a result, they ultimately become the limiting factor to the performance capabilities of the thermal interface material.

Sure, I could test to see if there is a measurable difference under the a 240mm AIO inside a beloved chassis like the Cerberus but a majority of this community is far below even the 15 liter mark so it’s probably best that we stick to using one of Noctua’s best small form factor HSF’s: the NH-L12.

Let’s move onto the product presentation shall we?

All four boxes of the NT-H1 and NT-H2 also included a handful of NA-CW1 cleaning wipes to ensure that no paste is left behind during a fresh application. 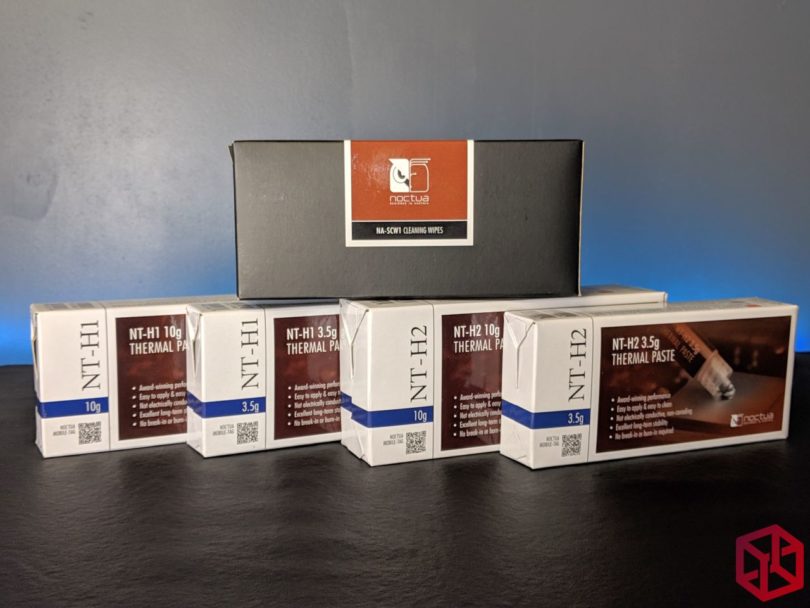 Joining the battle we have a handful of other pastes.

At the top we have the NT-H2’s greatest competition in the hype game -Thermal Grizzly Kryonaut
This is followed by Prolima Tech’s PK-3, Cryorig’s CP7 and CP15, and the grandfather of them all, Arctic Silver 5. 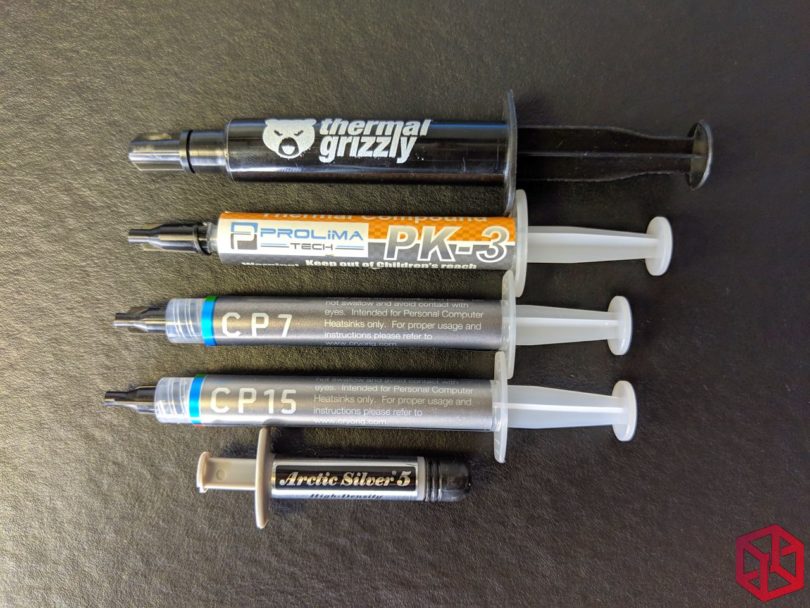 For this test I will be using a Loque Ghost S1 chassis with 2x 120MM Noctua Sterrox fans helping to exhaust the heat.
I’ve opted to include the use of two exhaust fans in order to prevent heatsoak and offer a best-case scenario.
The case was also closed (not open like the picture below) during test results. 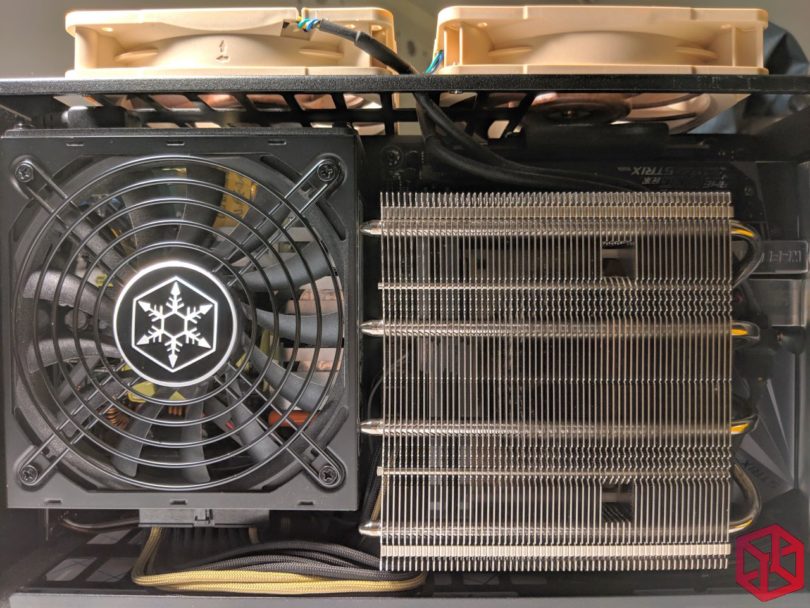 Both the CPU and GPU were set to stock clockspeeds.
The RPM’s of all fans (save for the PSU) were set to a barely audible level at 2 feet away in order to keep the results consistent.
Room temperature was maintained at 22c.
Thermal interface material was installed using the Pea-size method to ensure proper coverage on both dies and excellent thermal transference from the IHS.
After installing the heatsink over each thermal paste, testing began almost immediately. Cure time is a myth that has been debunked several times so… yeah.
IDLE temperature was collected after Windows Up Time hit 5 minutes.
LOAD temperature was collected with CPU-Z running stress tests against the CPU. The final temperature was captured after 15 minutes of 100% load.
Before unseating the heatsink between tests, the processor was given 15 minutes to return to IDLE temperature.

CPU voltages can never be kept at a consistent rate so all final results are giving a +-1 degree of tolerance.
This margin of error is considered normal.

What greater way to test the NA-CW1 cleaning wipes than to wipe off the “old” NT-H1 thermal paste before moving onto testing? 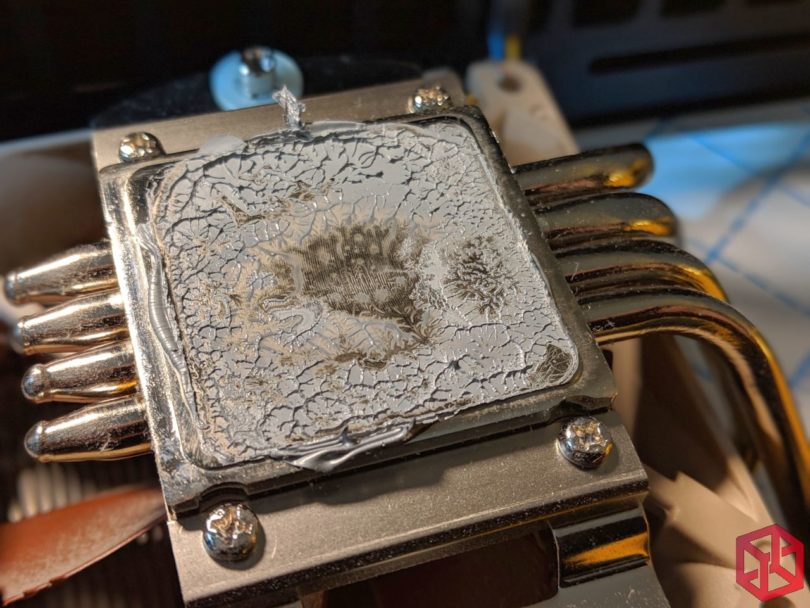 Noctua’s NA-CW1 cleaning wipes come in brown packaging, I don’t know why I was expecting it to be any different. 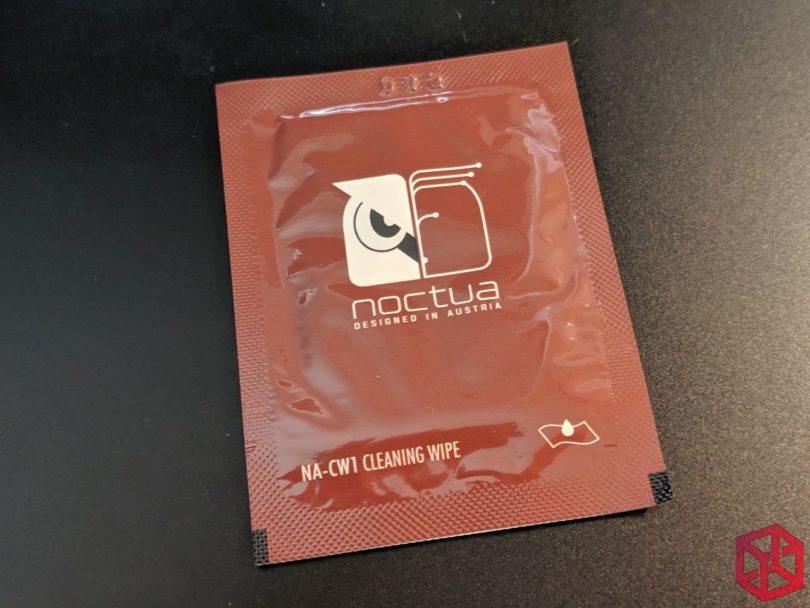 The moist towel is slightly stinky but it did a terrific job and didn’t leave behind any residue. It didn’t dry out immediately so I was able to use a single towel to prepare two separate test results nearly 40 minutes apart. 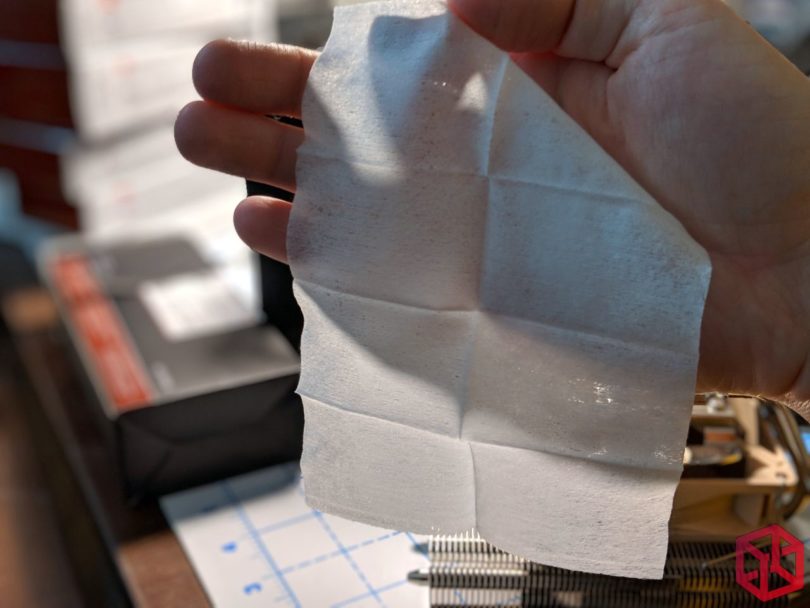 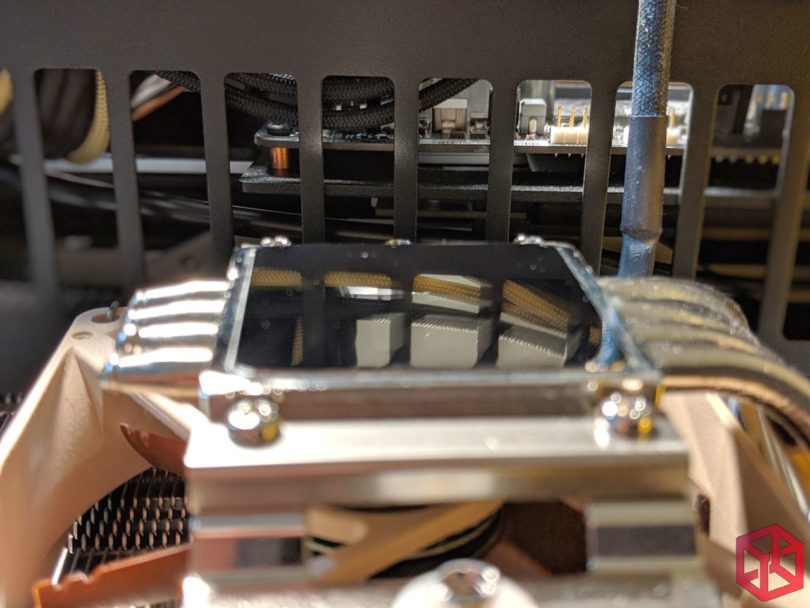 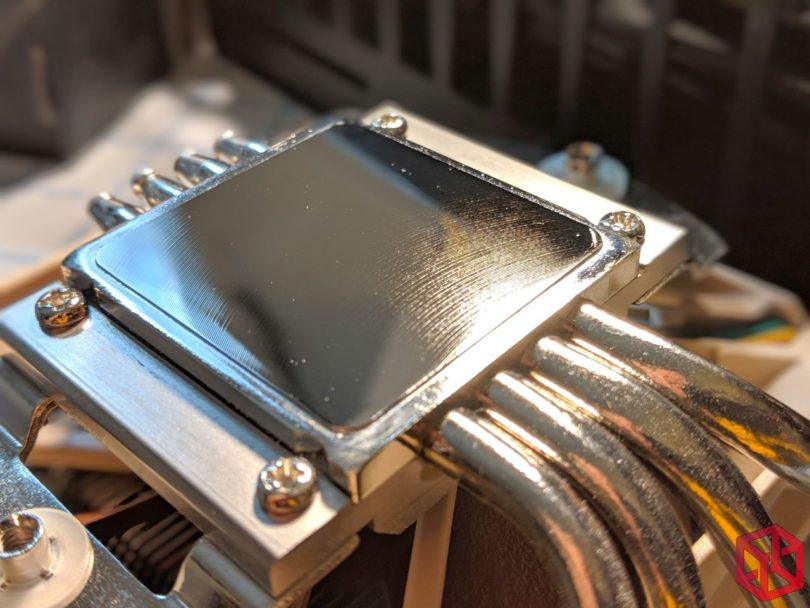 I was very pleased its performance as I normally just use a blue shop towel and 90% Isopropyl Alcohol but these cleaning wipes made quick work of removing the paste.

I would venture to guess that it’s about 10 seconds faster at removing the paste completely than traditional means (no scrubbing necessary) and I didn’t have to blow away any towel fibers afterwards. Your mileage may vary. 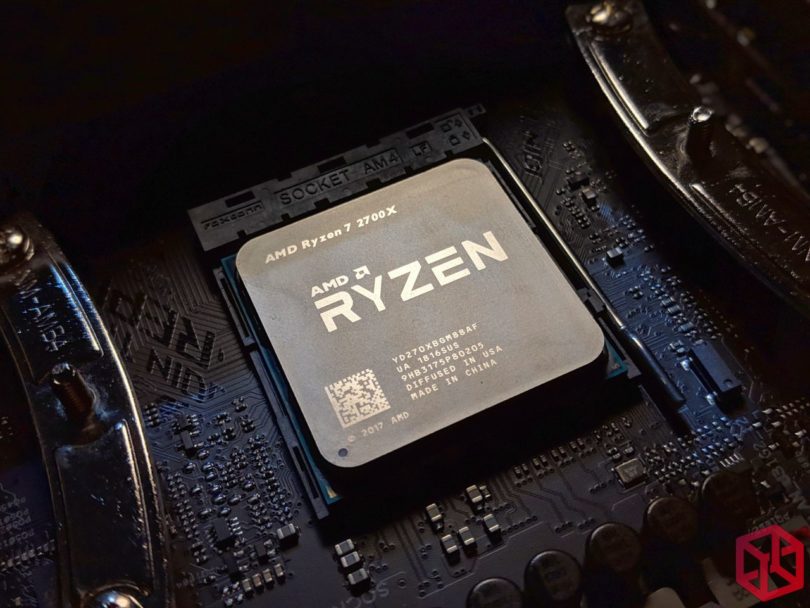 Competing with the pastes above I also decided to add an IC Graphite Thermal Pad to the shootout. This medium is pretty slick in that there is no way to screw up the application and it doesn’t make a mess. 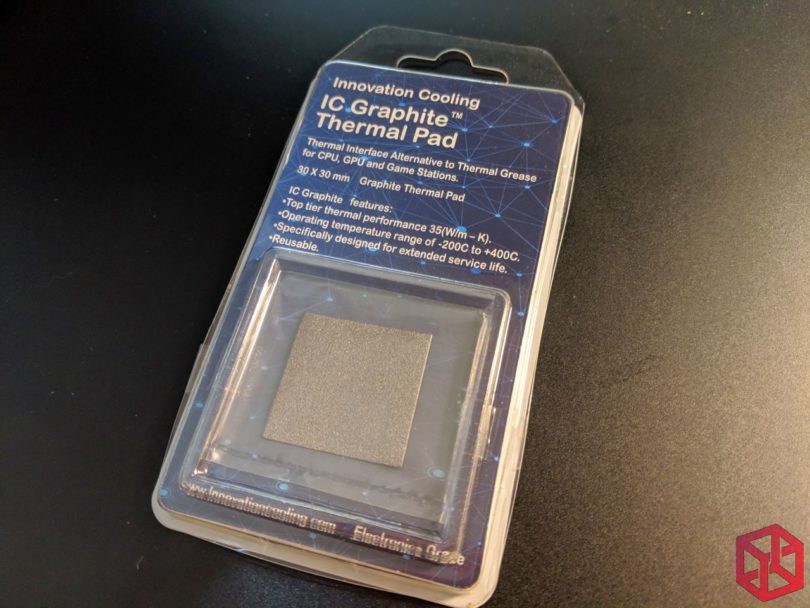 Step 1: Pick up. Step 2: Place
However, with all it’s ease of install, it also proved to be the worst performer on the list. More on that to come later. 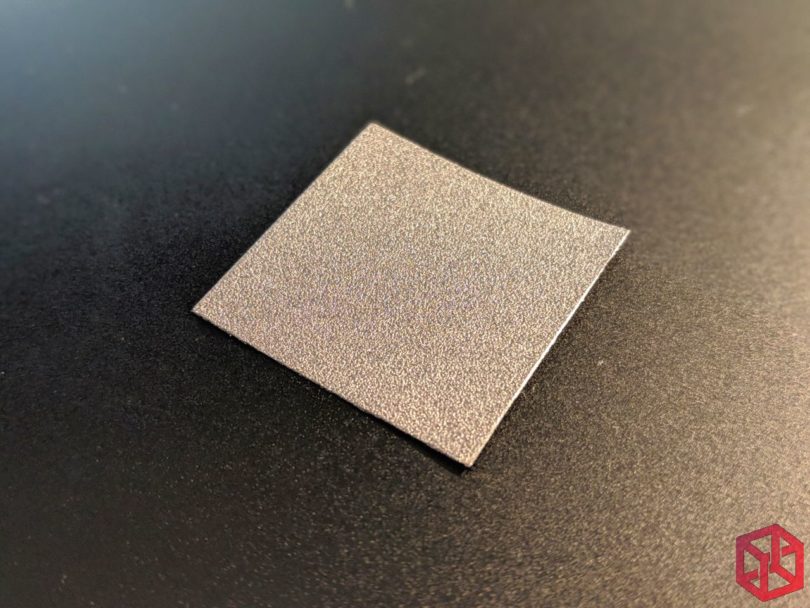 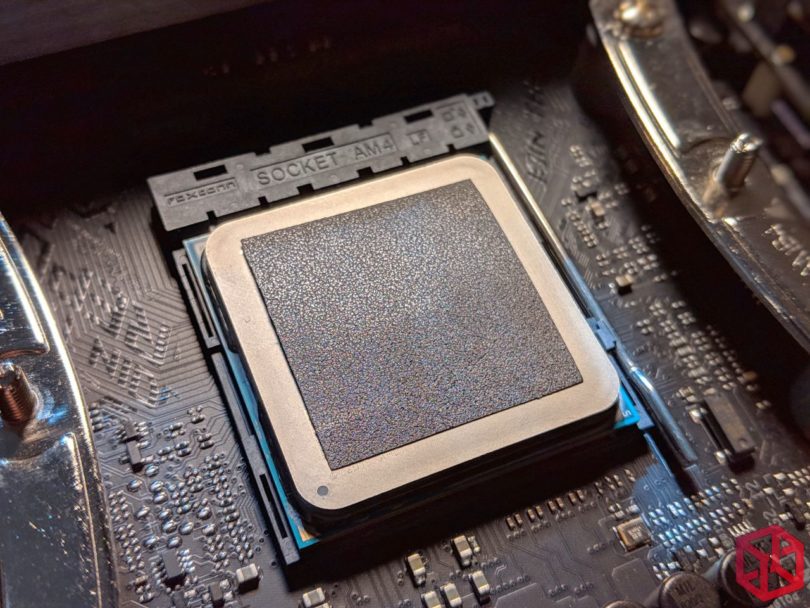 Taking you behind the curtains, I wanted to demonstrate the contact patch of each thermal interface material. Instead of simply presenting you with a chart and being left to wonder if I had somehow screwed up the contact patch, I decide to capture the contact of every medium that was tested. 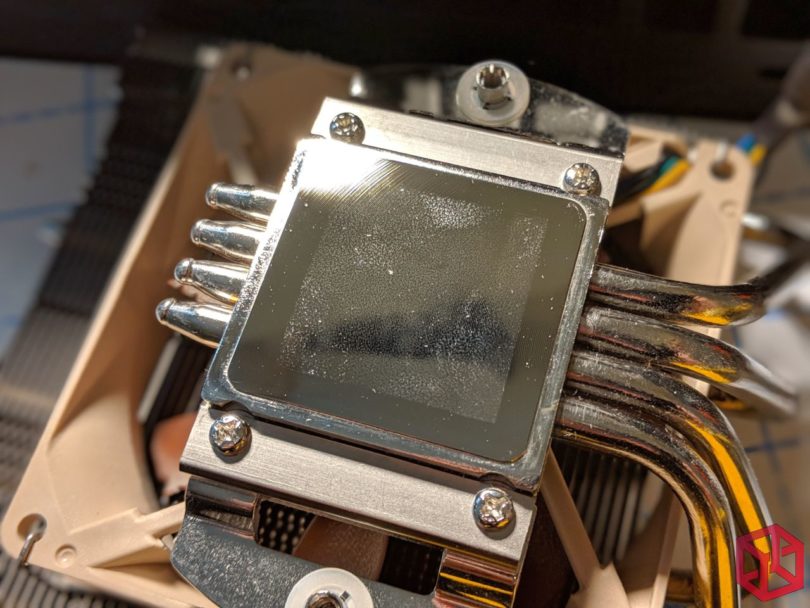 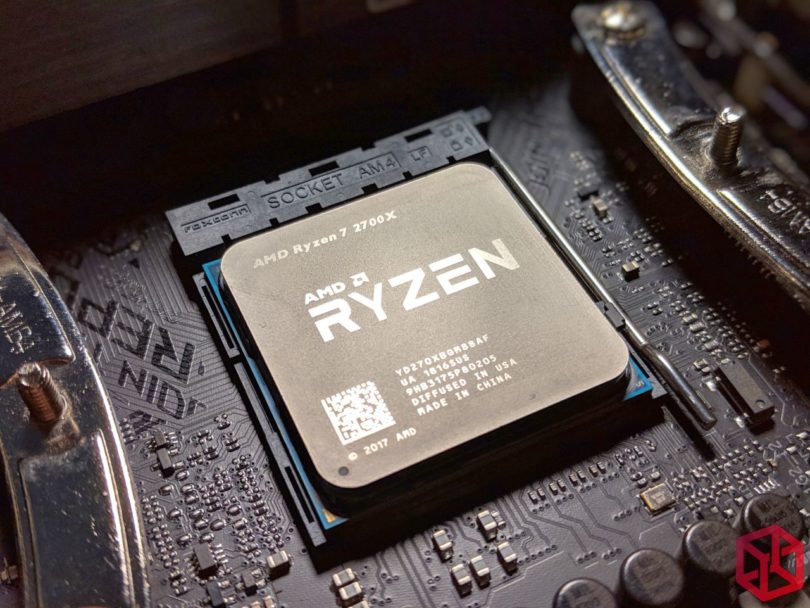 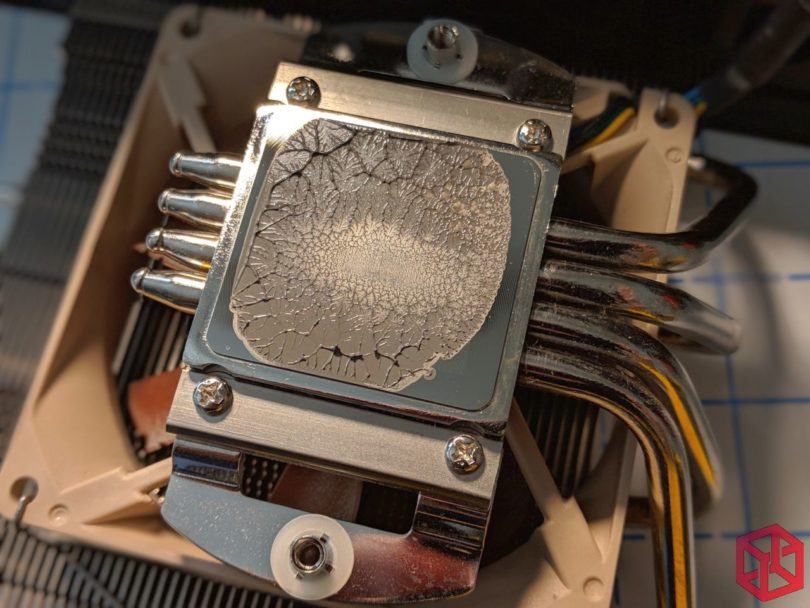 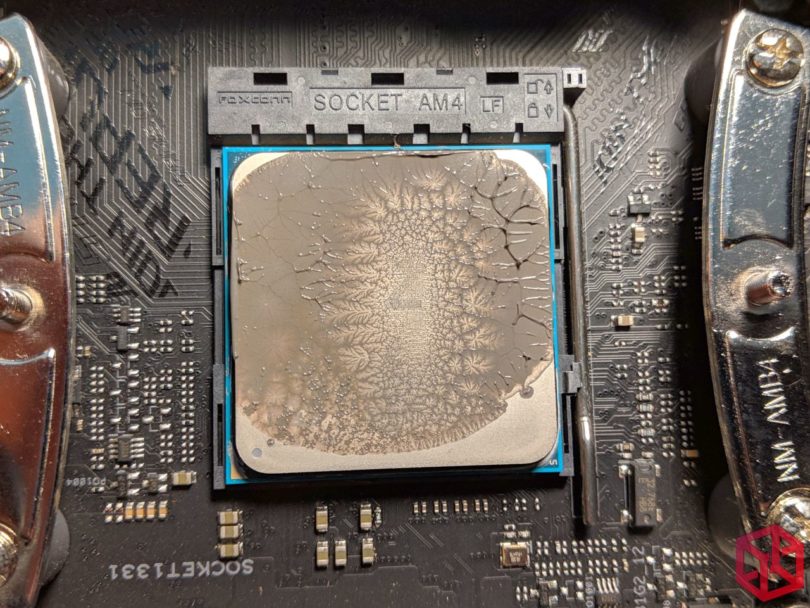 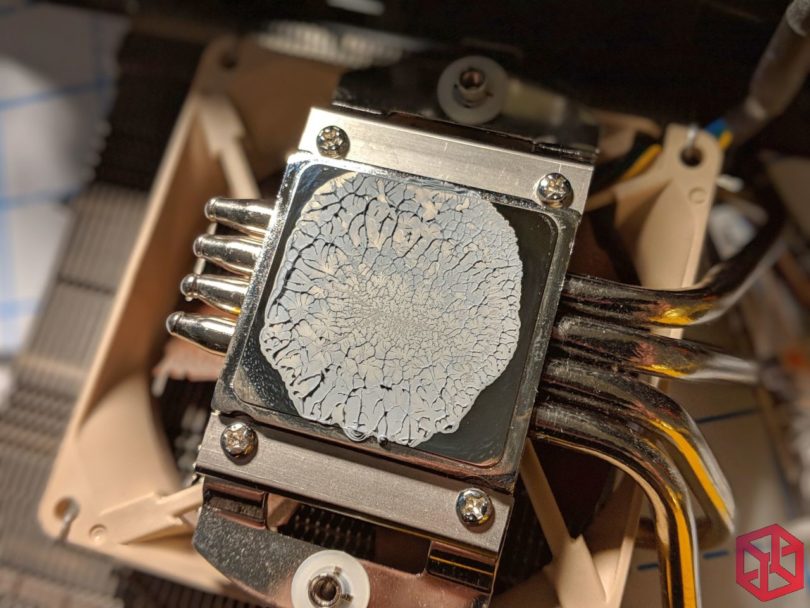 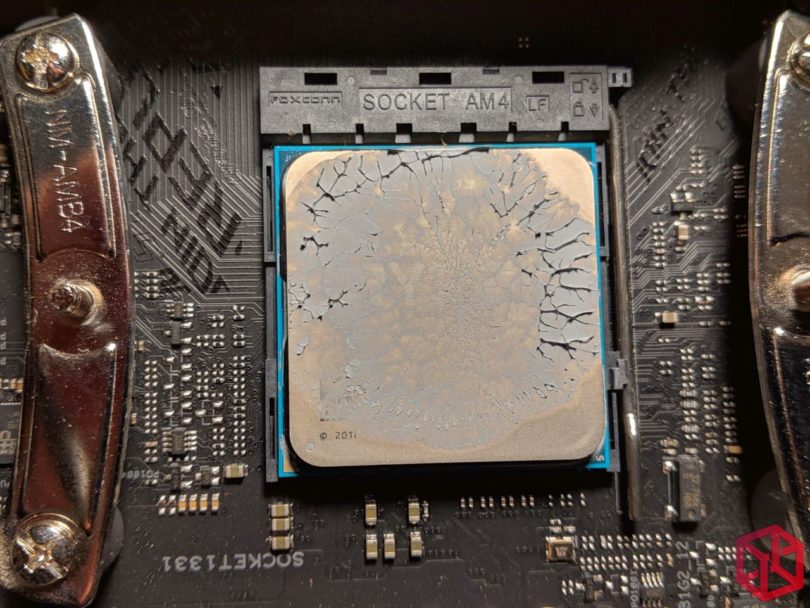 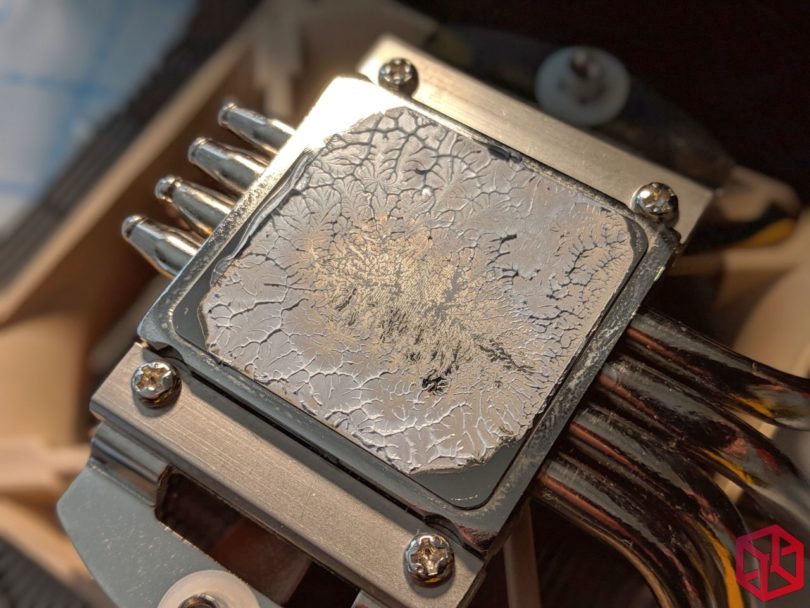 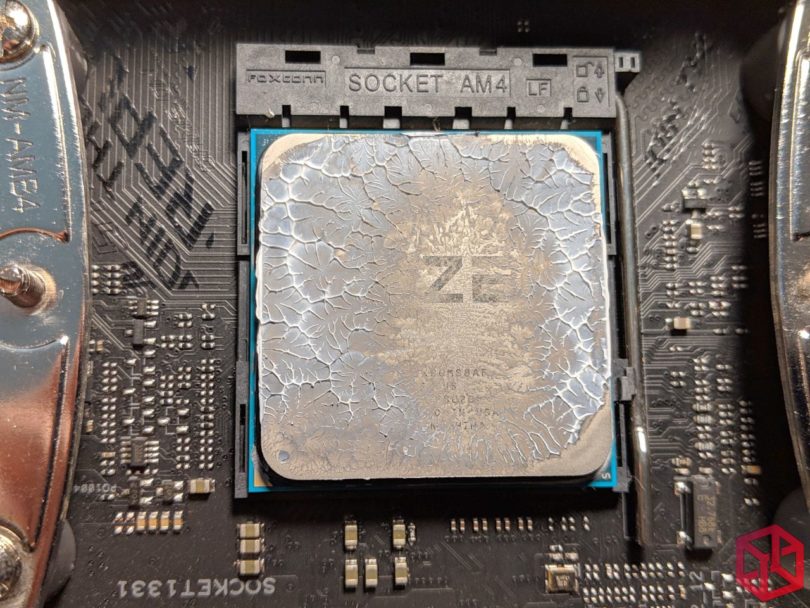 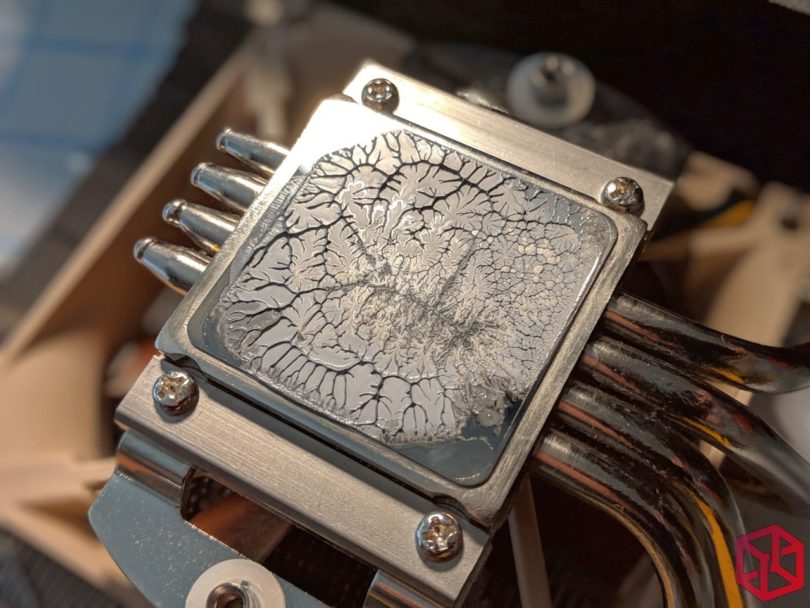 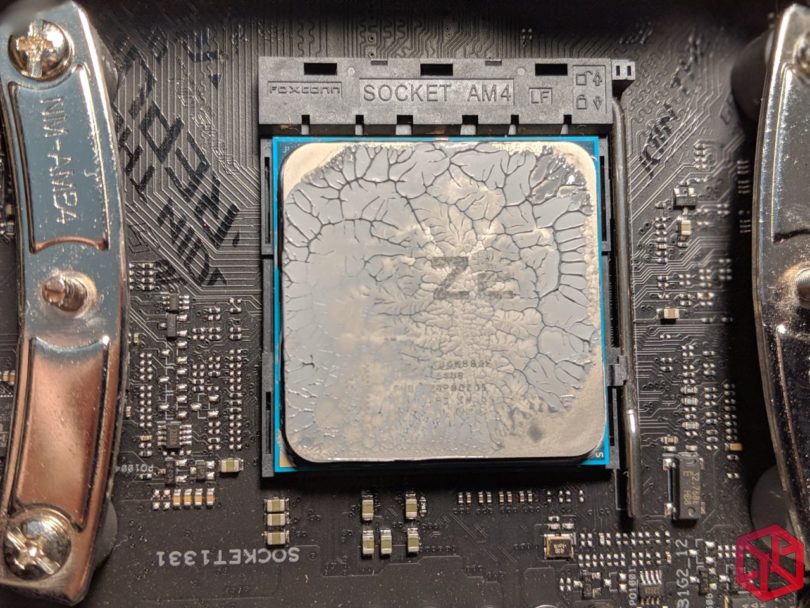 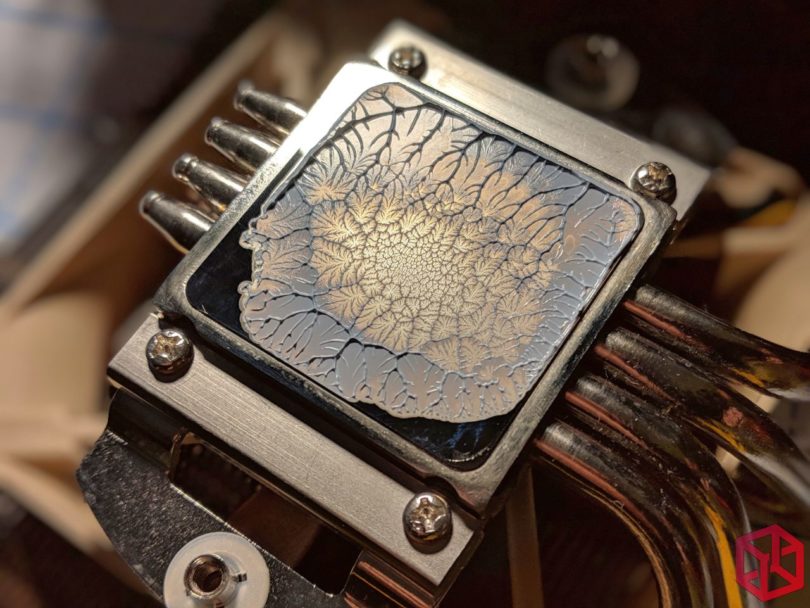 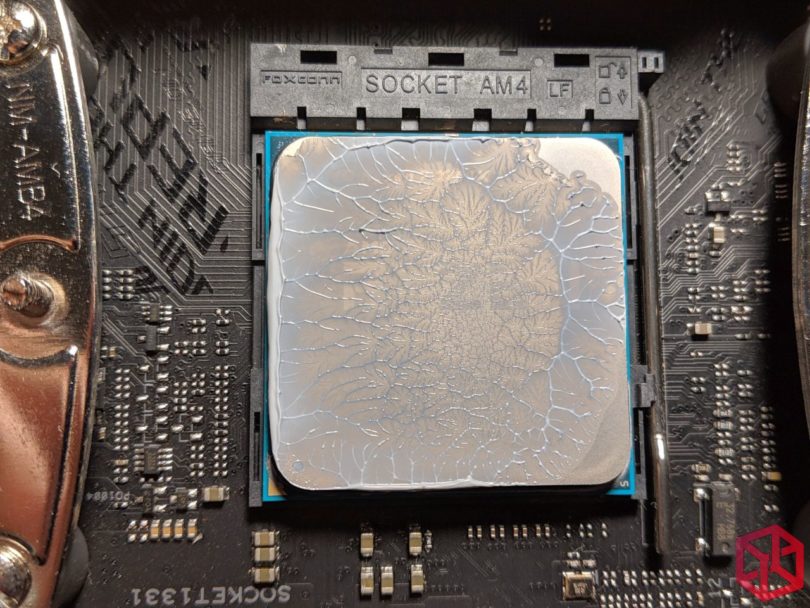 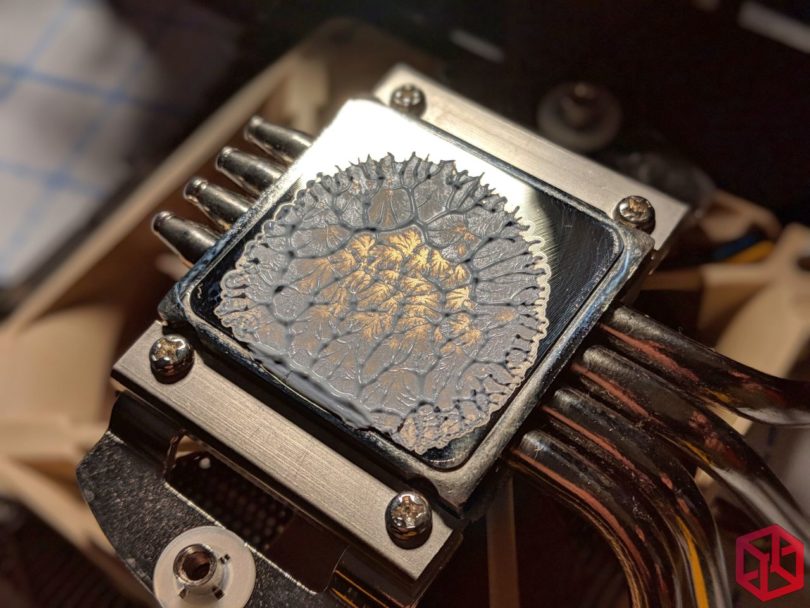 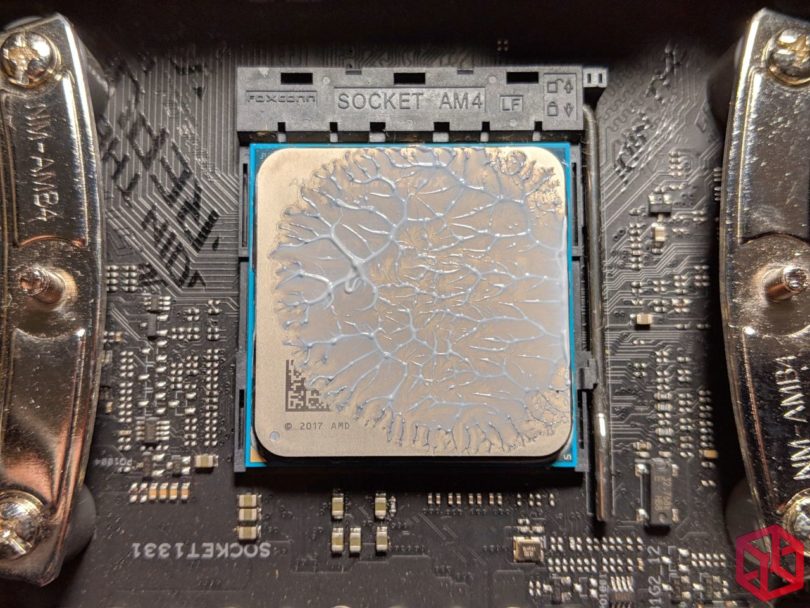 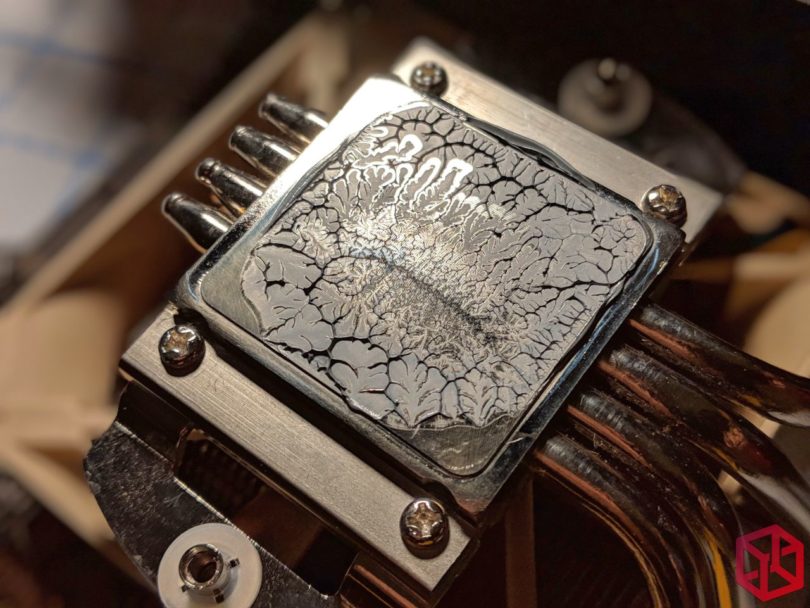 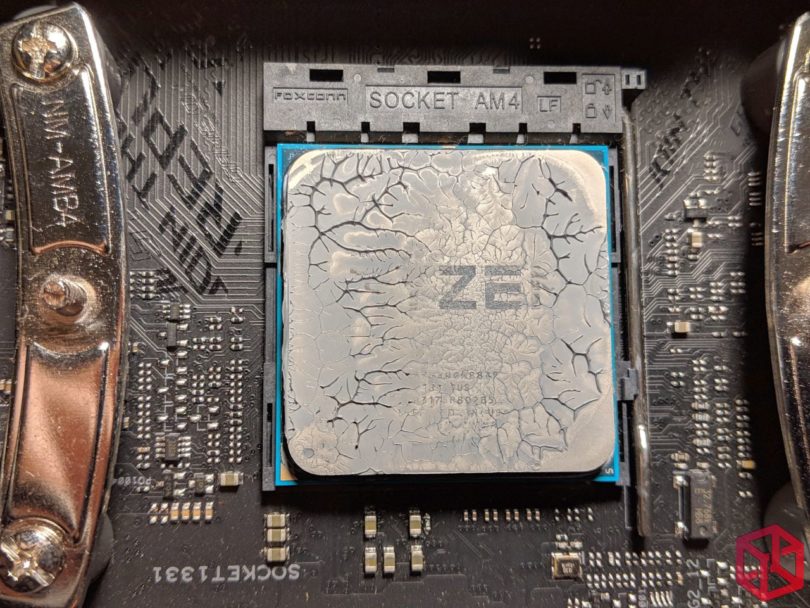 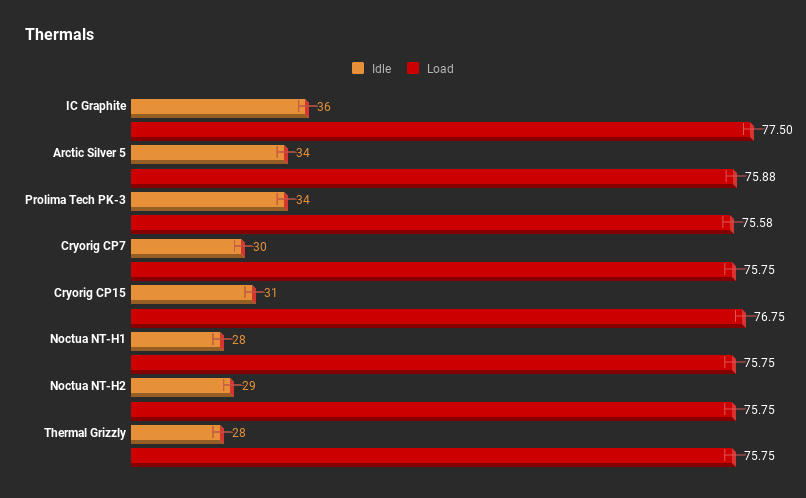 In conclusion, it’s safe to say that at this size, any thermal interface material will do the job. That said, the Noctua and the Thermal Grizzly compounds did come out on top at idle speeds which helps to prove that these pastes do a better job at thermal transference. Not one paste on the list performed beyond the others in any measurable way at 100% load.

That’s not to say that the Thermal Grizzly and NT-H2 aren’t terrific performers(other sites will show that they perform admirably) but you likely won’t see the benefit until you use these pastes under HSFs with greater TDP values and possibly inside much larger cases as a result -something we cannot recommend at Smallformfactor.net.

Want to express you thoughts and feelings on this post? Let us know in the forums here!