At long last. The Vega Nano, promised last year at AMD’s Capsaicin event, has arrived, albeit not in the form we originally saw. PowerColor, a brand known for their unique take on graphics cards, has taken AMD’s lead and created a production version of the Vega 56 Nano card! At today’s AMD press event, we were treated to an exclusive look at the card, where I held the card on display. I’m not always driven to silence by a product but here was one that did so.

Let’s have a closer look. 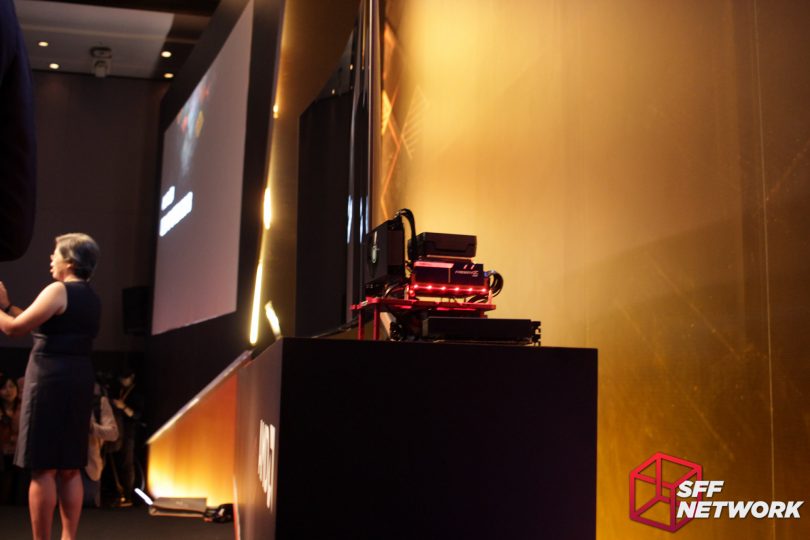 Out of reach? Maybe not! 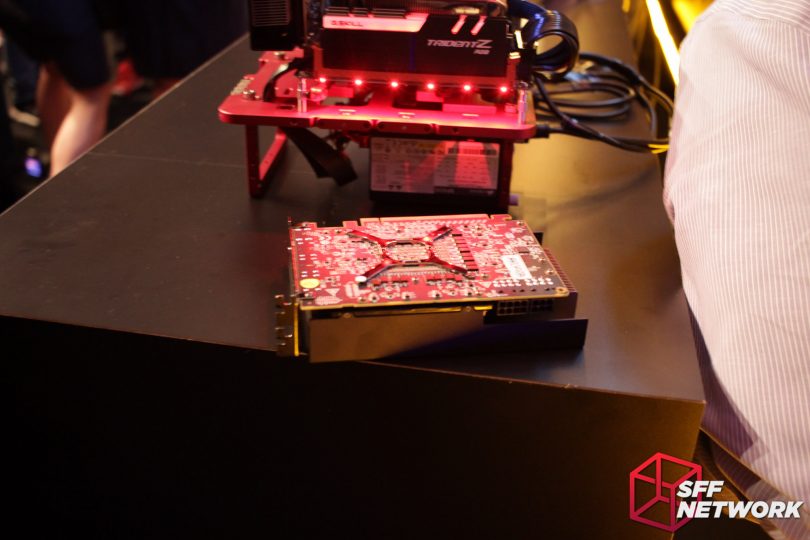 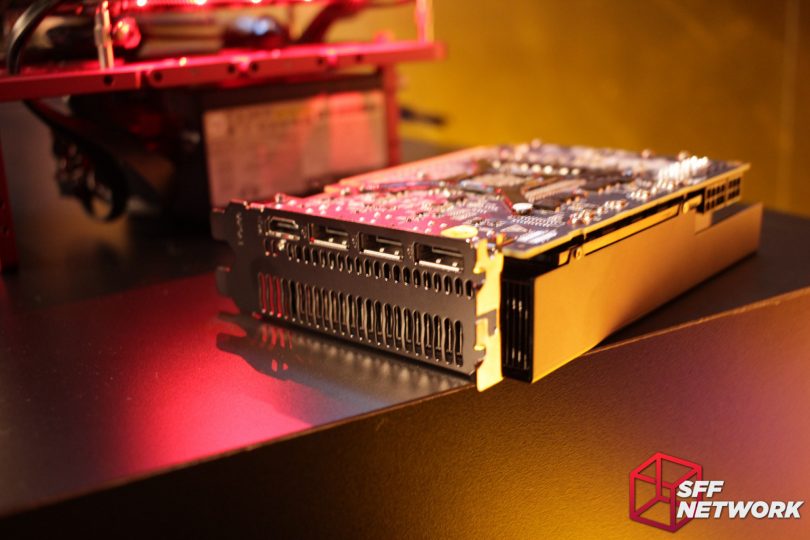 There it is. Single slot IO, with triple Display Port and a lone HDMI. 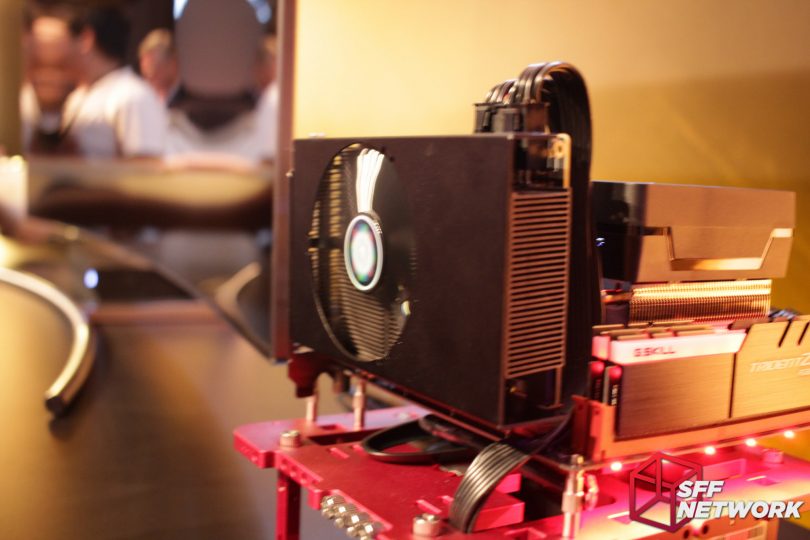 The card’s cooler doesn’t stick up much past the top of the PCIe bracke, meaning that it should be compatible with even tight cases. Speaking of coolers, the cooler appears to be a hefty piece of kit, made up of what appears to be a vapour chamber with fins attached. No heatpipes here. 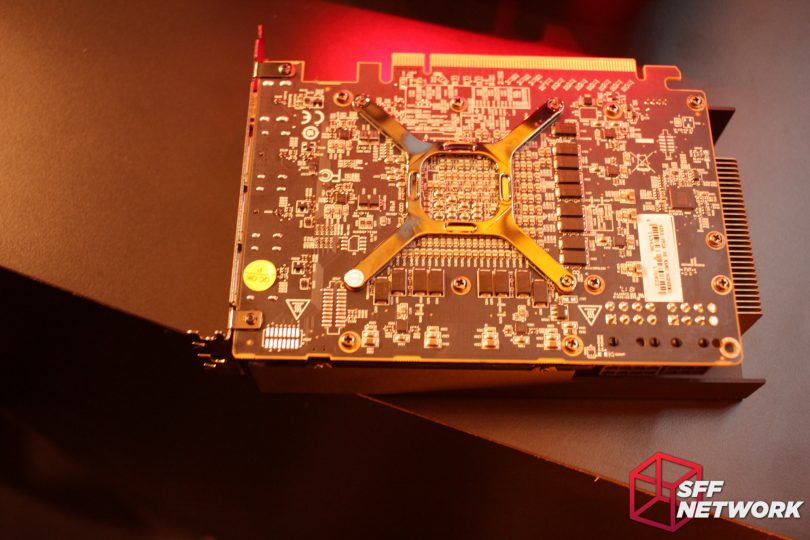 The PCB is shorter than the cooler! Even though the cooler puts the card right at 170mm long, it theoretically could be possible to have an even more nano Nano. 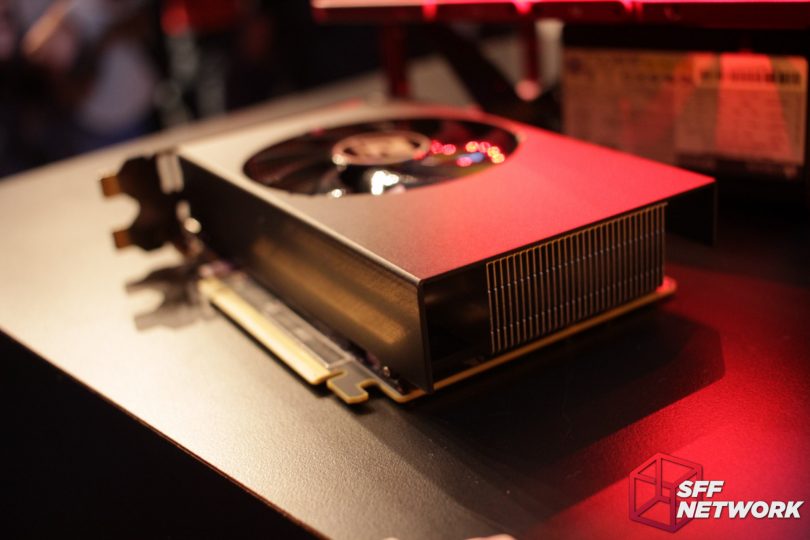 The shroud is made from a bent aluminium sheet, no plastic here. 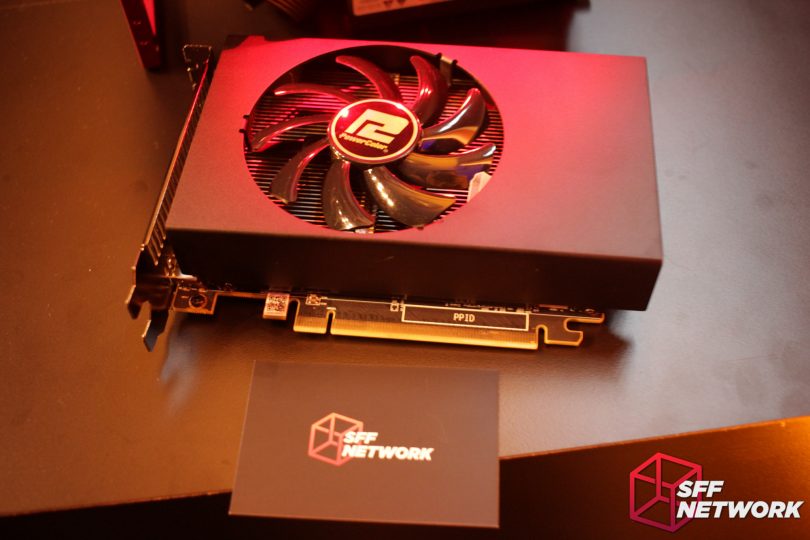 No word on nose, we will have to to test this card under load to see how the single fan copes. 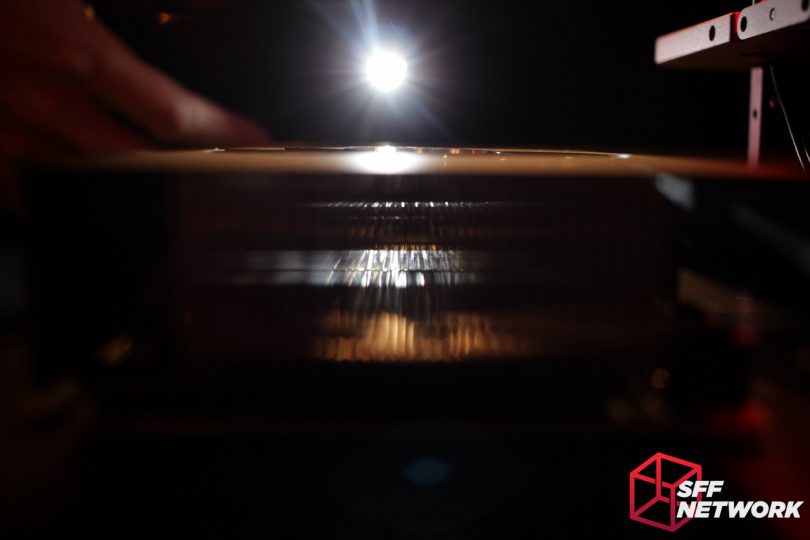 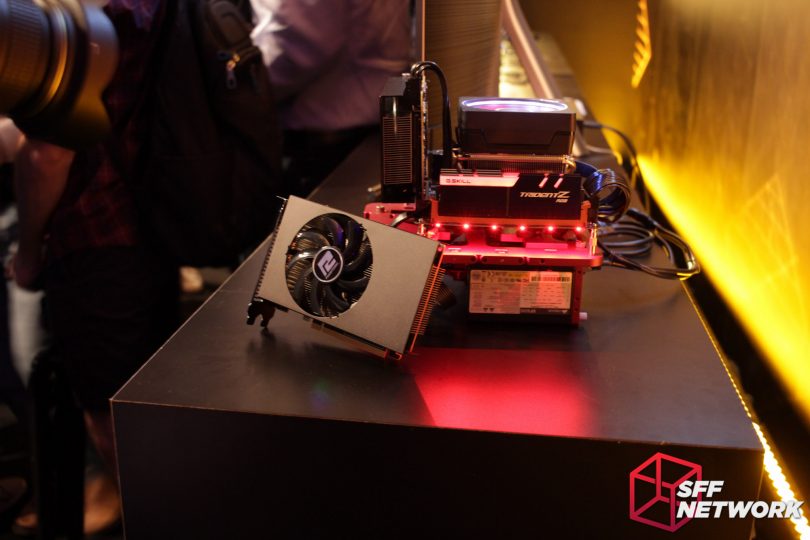 AMD has the demo system on a red OBT. Great choice. 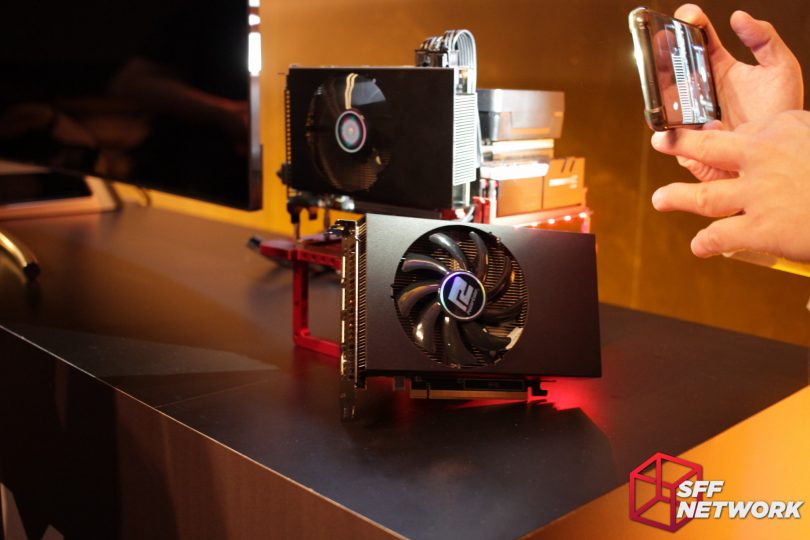 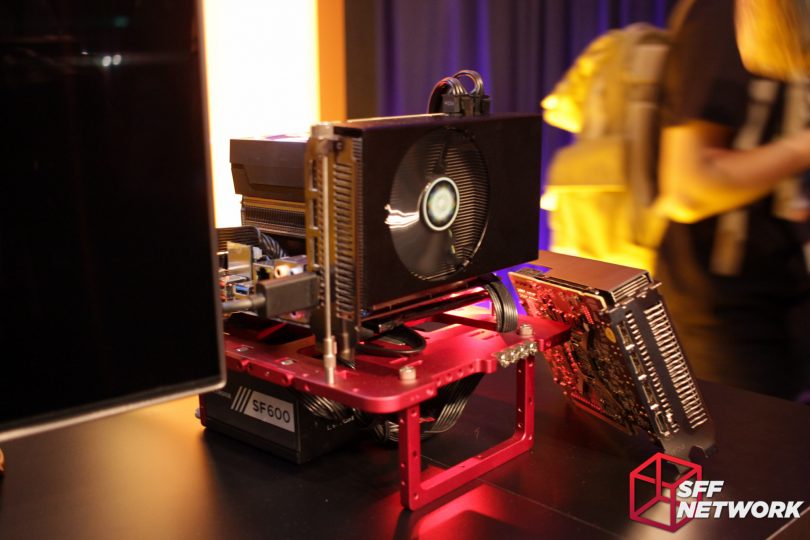 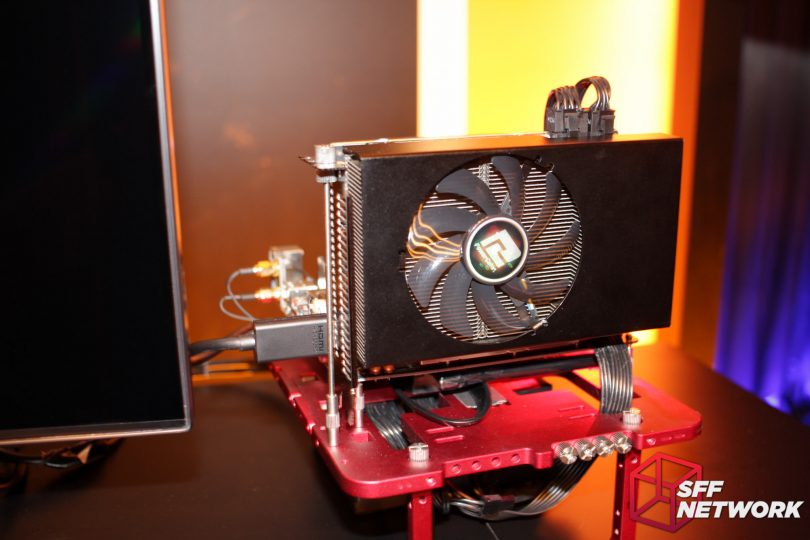 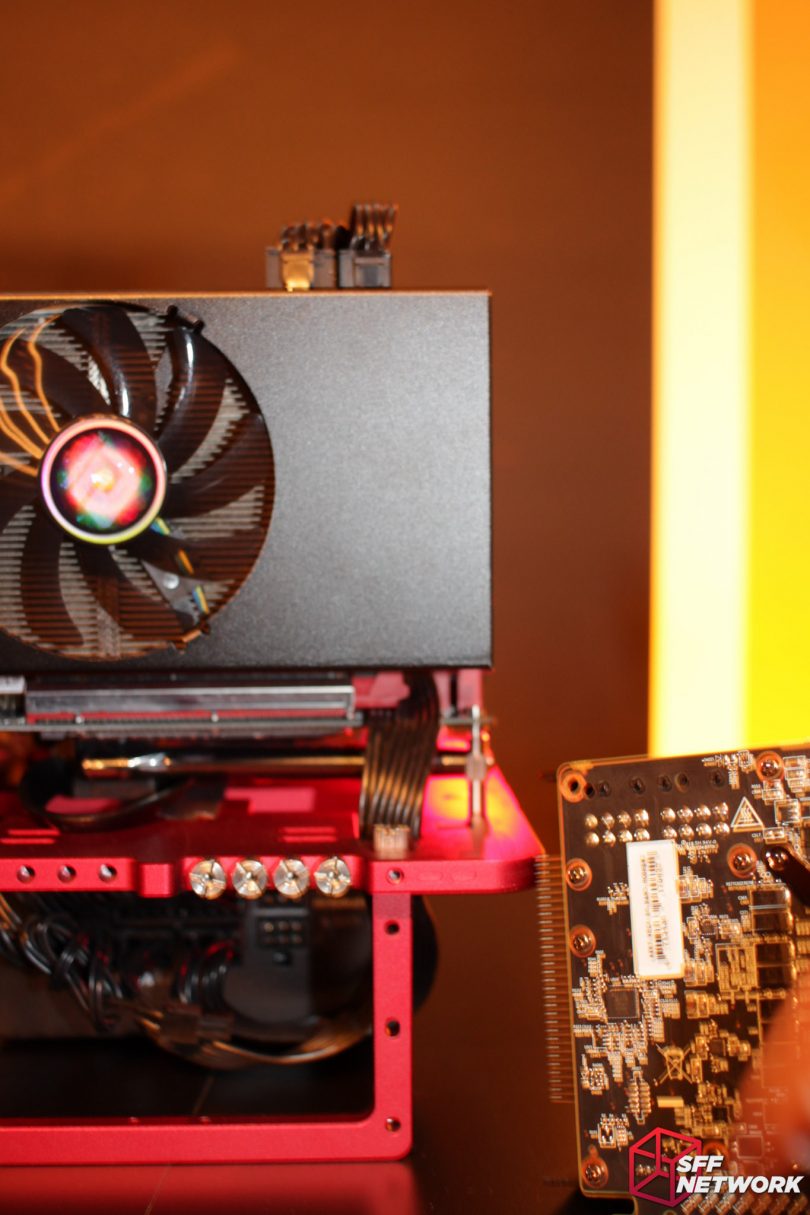 The PowerColor Vega 56 Nano is listed on NewEgg for US$449!