A press release, when marked as such, is posted direct from the manufacturer and is unedited. Thus, they may not reflect the view of SmallFormFactor.net or its authors.

When the FC8 was originally released, the trend for CPU location was center/left bias on ITX motherboards, in common with thin-ITX fixed specification, so naturally we designed and included the SH8 heatpipes to match. Since then the trend has shifted and the majority of current ITX motherboards have a center/right CPU location. 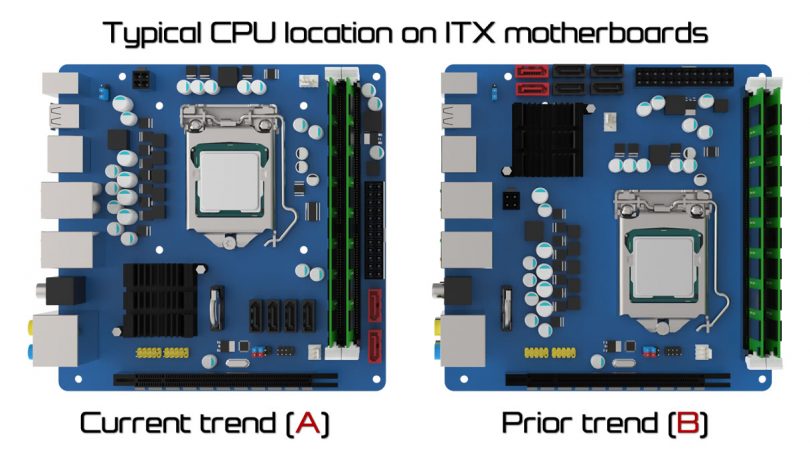 With this in mind we have decided to change the stock heatpipes included with the FC8 Alpha to SH2, which for the majority of customers will give better motherboard compatibility without the need to purchase additional heatpipes. 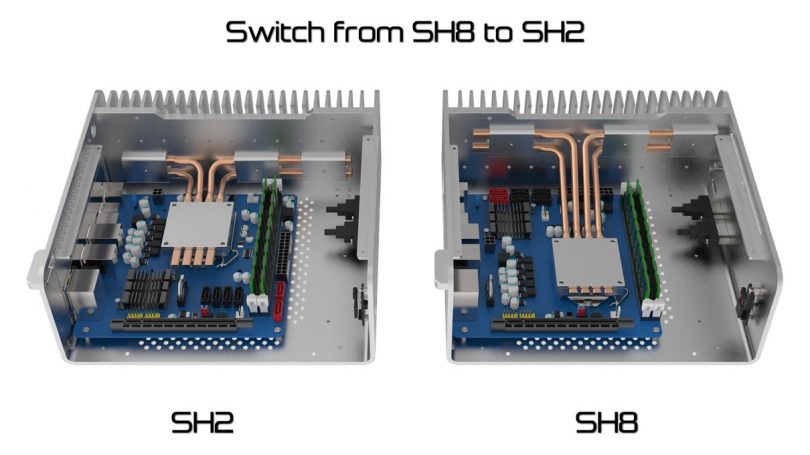 The switch to SH2 heatpipes also adds the ability for the FC8 Alpha to use the HT4 thermal riser in situations where the motherboard has components that are blocking the path of the heatpipes, further improving the compatibility. 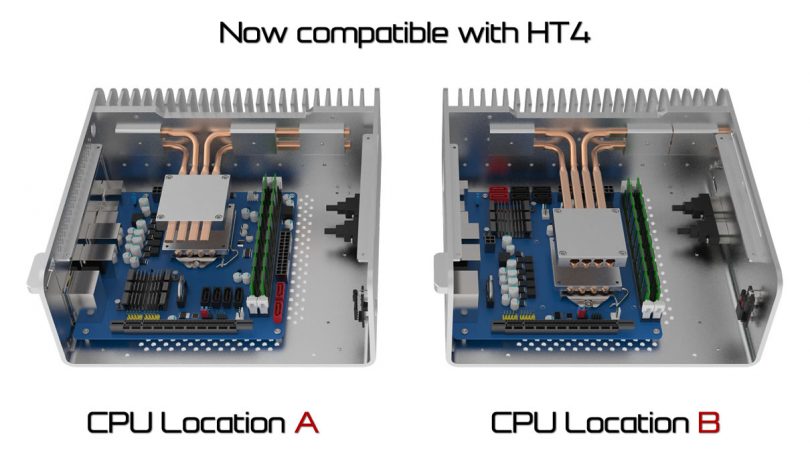 SH8 and MH1 heatpipe kits will still be available for less common CPU locations, but the switch to SH2 heatpipes will give better out-of-the-box compatibility with the current range of ITX motherboards on the market. 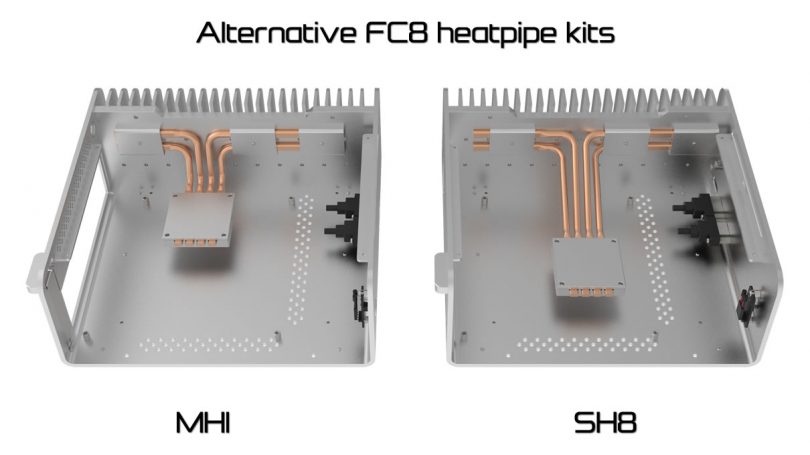 FC8 Alpha units with SH2 heatpipes have already begun shipping to the majority of our distributors and can be identified by the addition of “SH2” or “CM2” on the printed product label.
Join the discussion in the FC8 Alpha review thread!