After MSI’s mediocre X299M-A Pro launch recently, I came to the conclusion in my view that M-ATX is dying a slow, painful death. Today that continues, with the oddity that is EVGA’s Z370 Micro. Selling for US$179.99 on EVGA’s own webstore, this Intel Z370 based board supports LGA1151 for Intel’s 8th generation Core Processors. The board is targeted at the enthusiast market, with angled power and IO connectors, SLI certification and claimed strong overclocking support. 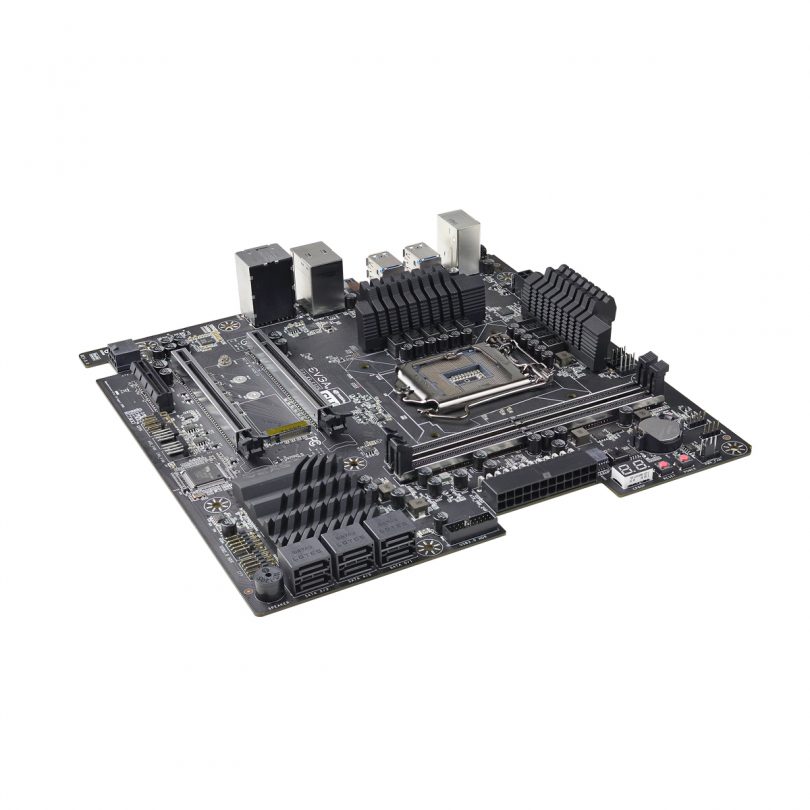 At the front of the board, the first thing we see is an angled ATX 24 pin power connector sitting in a PCB cutout, which is great for cable management, and great for wasting PCB space! On-board power and reset buttons sit next to a POST display, marking this as an overclocker’s board. 6x SATA 6GB/s ports sit nearer the bottom of the board, nestled between a speaker and the non-angled USB3 header. Next to the speaker are two angled USB2.0 headers. 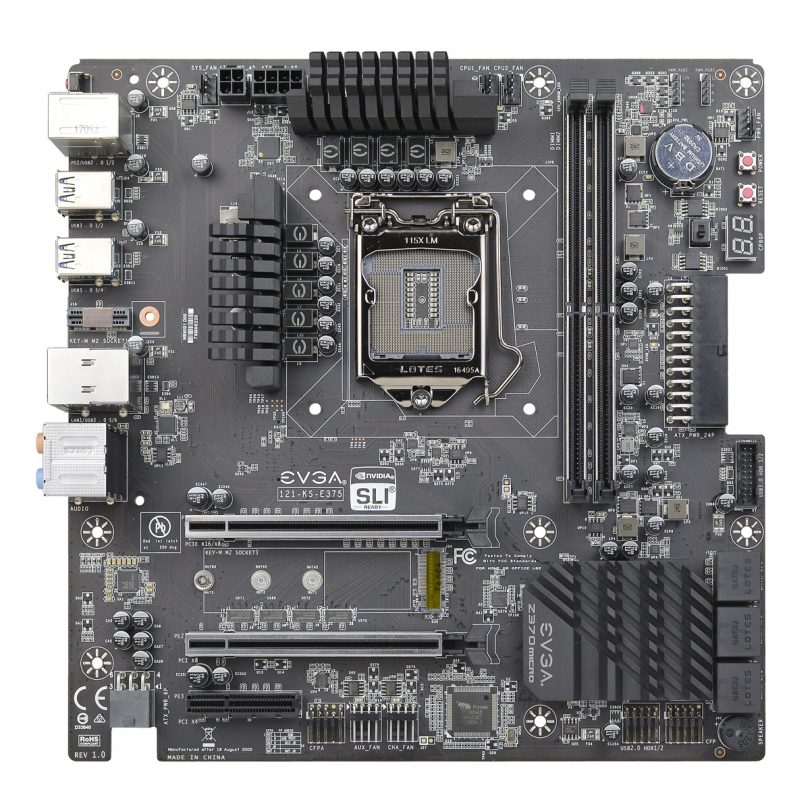 Let’s get the elephant in the room out of the way first. EVGA is selling this “enthusiast grade” M-ATX motherboard for US$179.99, with only two RAM slots. Not only that, a single M.2 slot for storage sits between the two PCIe x16 slots (not populated in this image of a prototype unit). We’ve recently reviewed a M-ITX board with 3 times that M.2 count! With that out of the way, the power support for the CPU becomes the next focal point. Both a EPS 8 pin and 4 pin power for the CPU is provided for, for those who are running insane overclocks. EVGA has specc’d the board with 8 phases of digital VRMs for the CPU, as well as an external clock generator for extra OC stability. Speaking of power, there’s an extra PCIe 6 pin power connector at the bottom of the board (also in a cutout in the PCB) for those who are running GPUs that suck that extra bit of juice from the slot power supply. 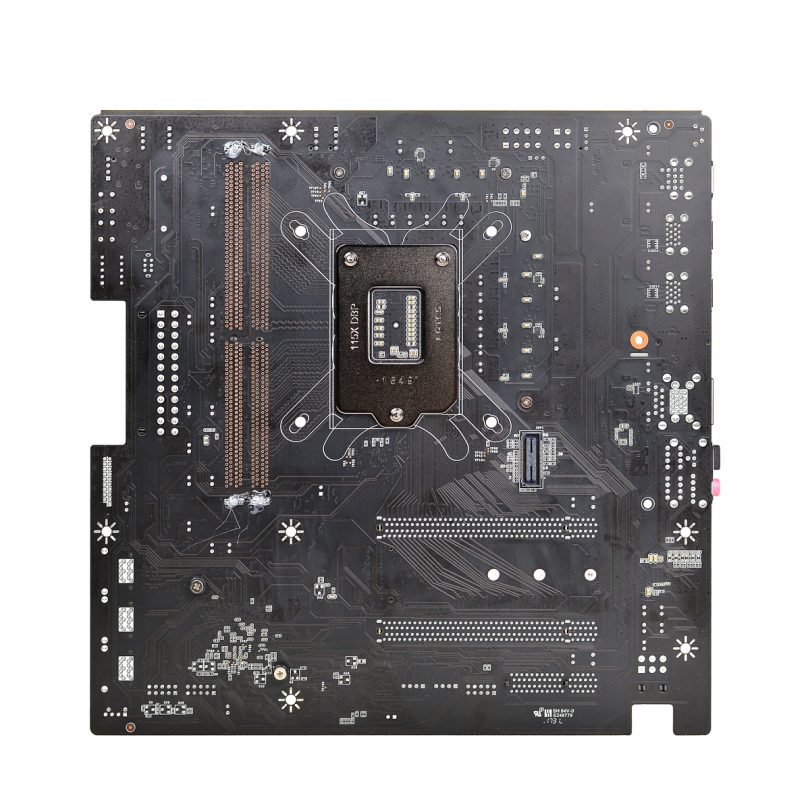 Pay no attention to the man behind the curtain, in this case, the hotglue holding in components. Apparently EVGA decided that prototype shots were enough to go live with on their website. Not much else to see on the back side of the board. The lone connector is most likely a testing connector, however, I could be wrong. 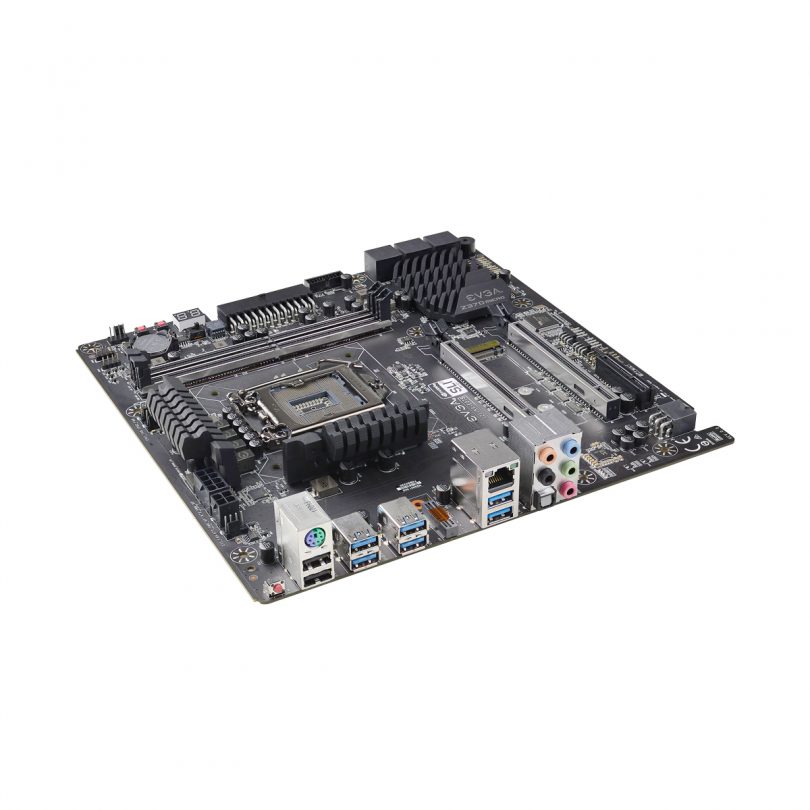 The rear IO is middling at best. While there is a tonne of USB3.0 ports, there is no USB3.1, nor is there a Type-C connector. The M.2 slot here is Key E, for the included Intel 802.11AC WiFi/Bluetooth card. The audio solution is based on Realtek’s ALC1220.

With my views out of the way, what do you think? Let us know in the forum.