I think that 2017 will be the year of the indie SFF case. Starting us off is the Dr Zaber Sentry, a console-sized case that can pack serious hardware, and is built like a tank. The crowdfunding campaign for the first production run is now live on Indiegogo here.

The campaign has a goal of 100 units and a max limit of 1000 units for the first main production run (to keep logistics manageable in the event the campaign is super popular). The case priced at $195 plus shipping for a Sentry in either black or white. The cases will be manufactured and shipped out in batches in roughly first come, first serve basis so if you’re interested in the Sentry and are also impatient, be sure to back it quickly.

Edit: Well that was quick! Only 12 minutes into the campaign and the goal has already been met. Congratulations to the Dr Zaber team!

Note: I’ve been keeping tabs on this project since very early in its development, and I feel that the Dr Zaber duo has done a great job in preparing for this campaign, but this is a crowdfunding campaign and as such you should perform due diligence before spending your hard earned cash.

For a bit of backstory on this case, ever since Valve’s prototype Steam Machine was revealed in late 2013, the SFF community has been excited at the prospect of cases to enable builds like it. Builds that would allow much more powerful PC hardware in the size and form factor of gaming consoles. But in the days, months, and now years since then, there hasn’t been a good minimalistic equivalent of the original Valve design available for builders seeking to duplicate it. 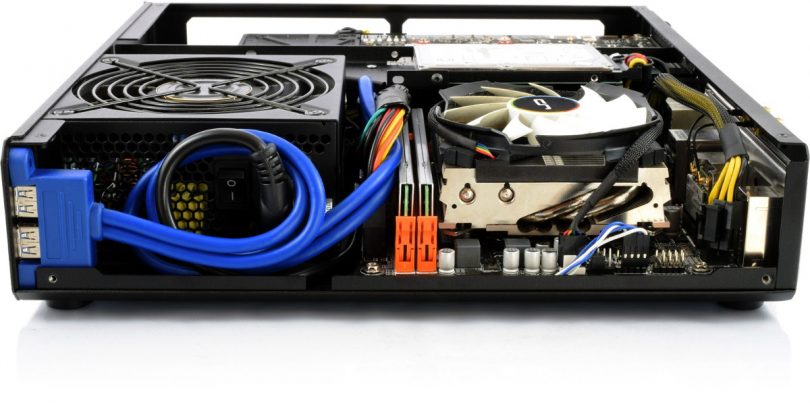 There are now slim gaming cases, like the SilverStone RVZ02 (12L) and Fractal Design Node 202 (10L) available, but in order to cater to more mainstream users, they are much larger in order to accommodate a wider selection of components. The Zaber brothers set out to change that and with input from the SFF community on HardForum. They have crafted what we see today, a more purist approach comparable to Valve’s original design. This was done in large part by eschewing support for overly large parts, like tall video cards, and the Sentry comes in at svelte 66mm x 340mm x 310mm, for a volume of just 6.9L. 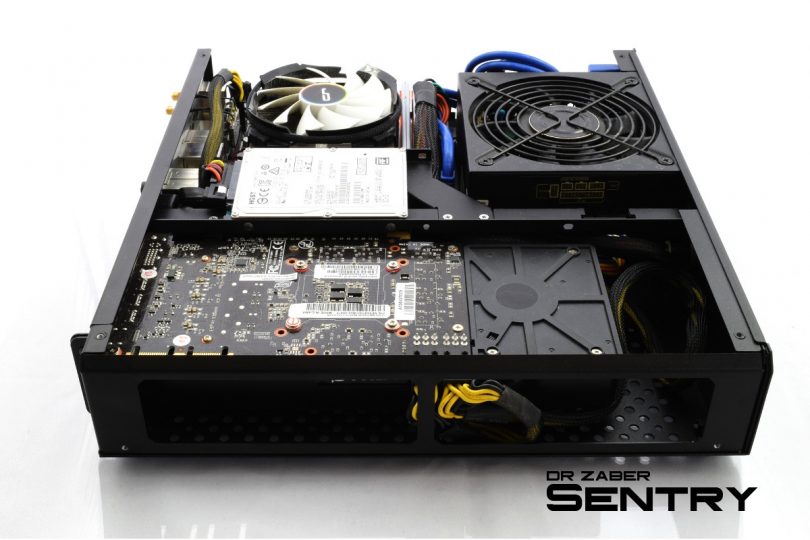 To aid users plan their build, they have a neat configuration tool on the website to check part compatibility: http://zaber.com.pl/sentry/

The website also has a wealth of other information and pictures about the case, so I’d recommend checking it out if you’re interested in possibly backing the crowdfunding campaign to pick up one of these Sentry cases.

I particularly like this case because with the white panel, black feet, and red ring power button configuration it really does look like the sentry turrets from Portal. I noticed as much and mentioned it in the HardForum thread early on in development (it’s been almost two years already?!) and so was responsible in a way for the name.

As a fellow case designer I wish them the best of luck and here’s to a successful campaign!