ASUS had quite a few SFF related products in their booth on the show floor and our reporter Drew was sure to snap pics of them all.

Plus, stayed tuned for the special CES episode of the Low Volume podcast, where Drew will be talking about his multi-hour chat with Raja Gill, the Technical PR Manager for ASUS USA and former AnandTech Senior Motherboard Editor!

We covered the ASUS 200-series motherboard launch lineup already, but here are the two flagship SFF boards for good measure. 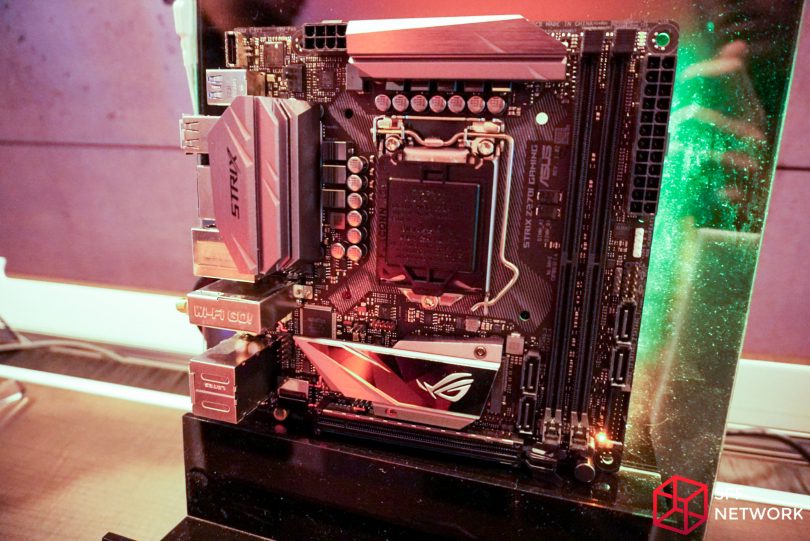 If the reception to this board in our forum is anything to go by, the STRIX Z270I GAMING will be a very popular choice for Z270 Mini-ITX. It’s hard to tell from these pictures (apologies for that, even with correction the color cast is still pretty bad) but they have a gorgeous monochrome black and silver design going on along with a robust set of features like the dual M.2 and USB 3.1 Type-C header.

While I would still like to see a Z270 Impact board (word is there aren’t any current plans for one) with the same design language since the placement of the 8-pin CPU connector on that line is much nicer for cable management, I think the STRIX Z270I looks to be a perfectly suitable alternative. 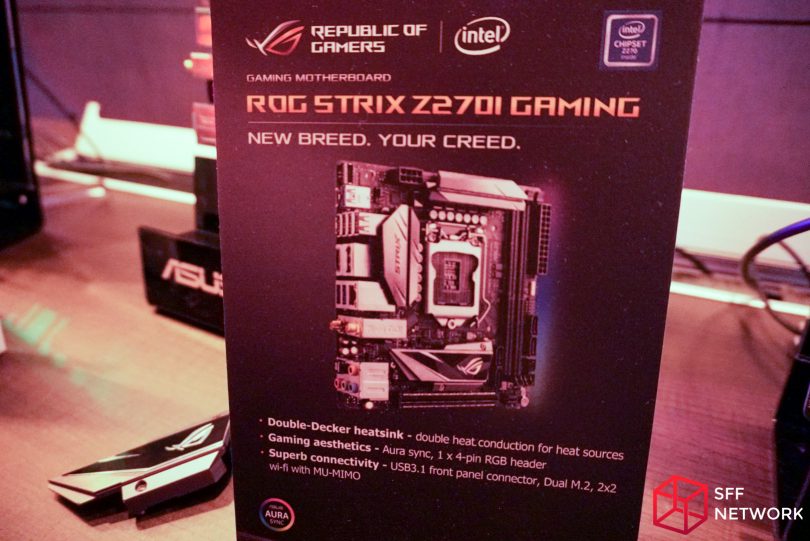 Visible to the left of the placard is the M.2 heatsink off of the motherboard. The STRIX Z270I has two PCIe 3.0 x4 M.2 SSD slots, one of which is on the top-side of the motherboard next to the chipset and where the PCH heatsink would normally be is a detachable hunk of metal that serves as a heatsink for that M.2 slot, which should squelch any concerns about thermal throttling on high-end M.2 drives like the Samsung 960 Pro. 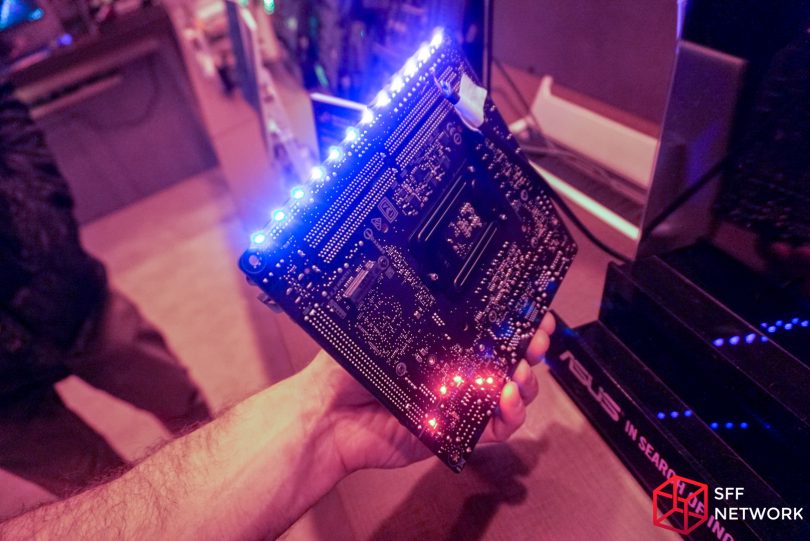 In this picture of the back of the STRIX Z270I GAMING you can see that the bottom of the right-edge of the motherboard is covered in RGB LEDs, which should allow for quite the lightshow inside the case if desired. While I think that RGBs are a bit of a plague on this new generation of motherboards (and cases, and fans, and mice, and almost everything it seems), if it has to be done I quite like this implementation. If it’s not used then it’s just invisible, but even if you don’t normally like RGBs I think it could allow for a subtle and classy underglow.

Also visible is the second M.2 slot, which has a mirrored position from the top slot, even sharing the same thread holes for the retaining nut and screw. 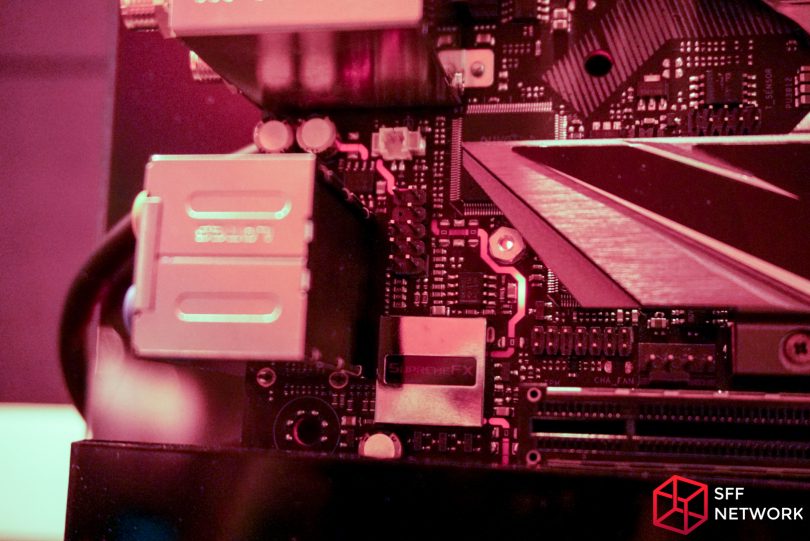 Here is the light-up audio strip along with a view of the edge of the installed M.2 heatsink and the top-half of the 2280 M.2 screw mounting hole. 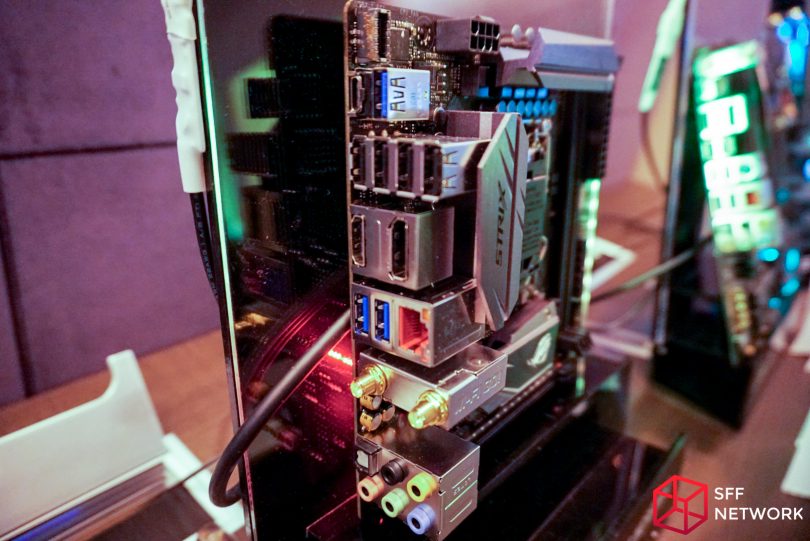 In the upper-left of the picture is the USB 3.1 Type-C header. Sadly it just runs off a ASMedia controller and the Type-C on the rear IO is just USB 3.0, so no Thunderbolt 3 here. 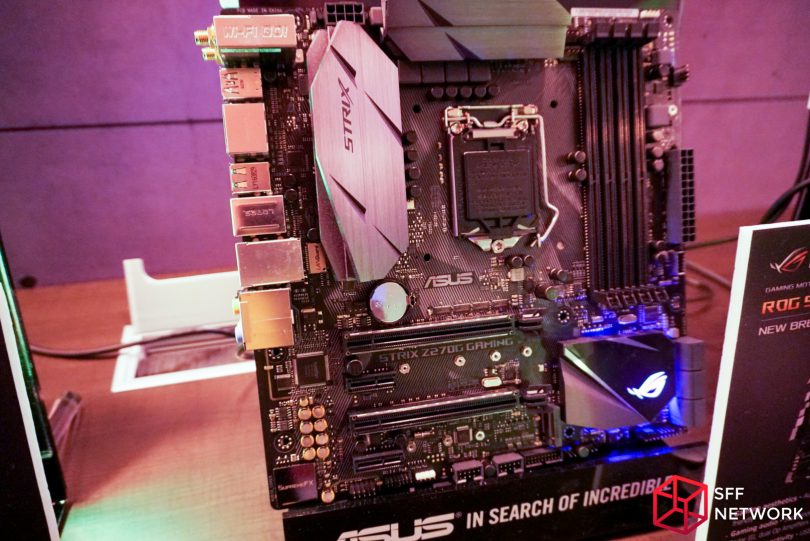 Like the Z270I was for Mini-ITX, the Z270G was well-received in the forum for the microATX form factor. It supports both SLI and CrossFire, has the new USB 3.1 Type-C header (it’s right under the 24-pin power connector), dual PCIe 3.0 x4 M.2, wireless, and a bunch of other features. 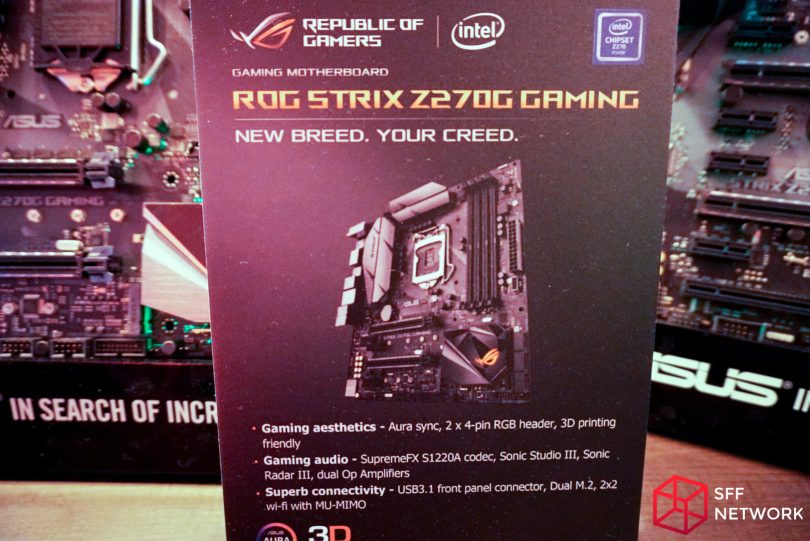 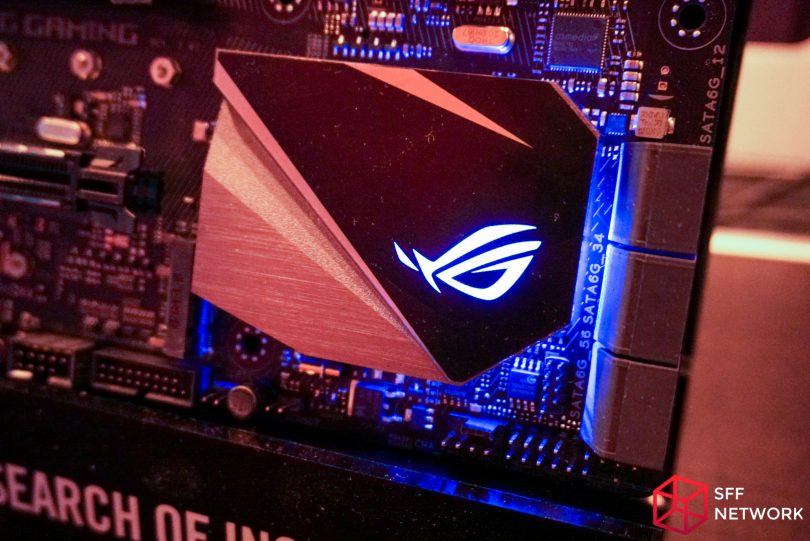 And of course it wouldn’t be a CES 2017 product without RGBs! 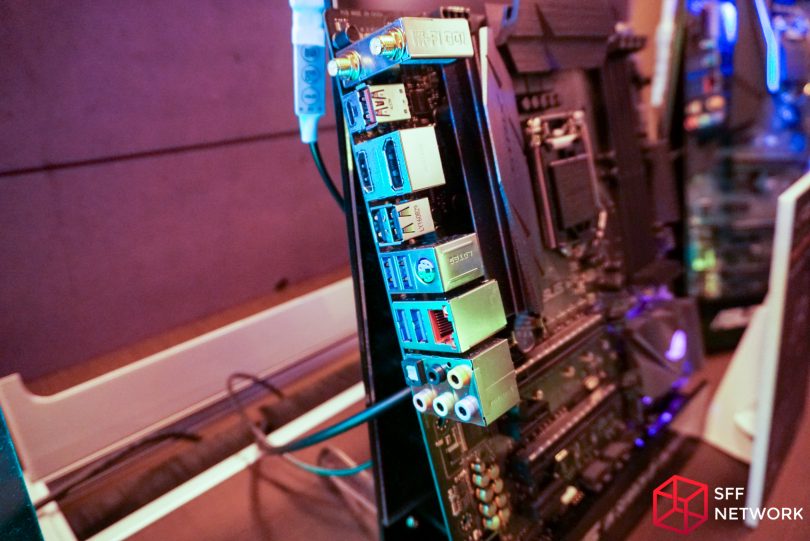 Like the Z270I, no Thunderbolt 3 here. I am personally glad to still see a PS/2 keyboard/mouse combo port though, because I’ve seen too many corrupted Windows installations where the USB did not work at all. Without a PS/2 port and appropriate input device to rescue the system, usually reinstalling Windows is the only solution. 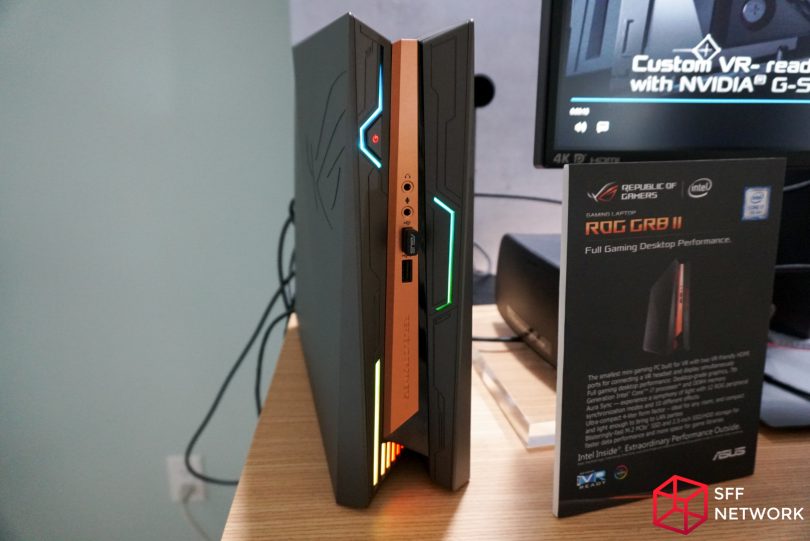 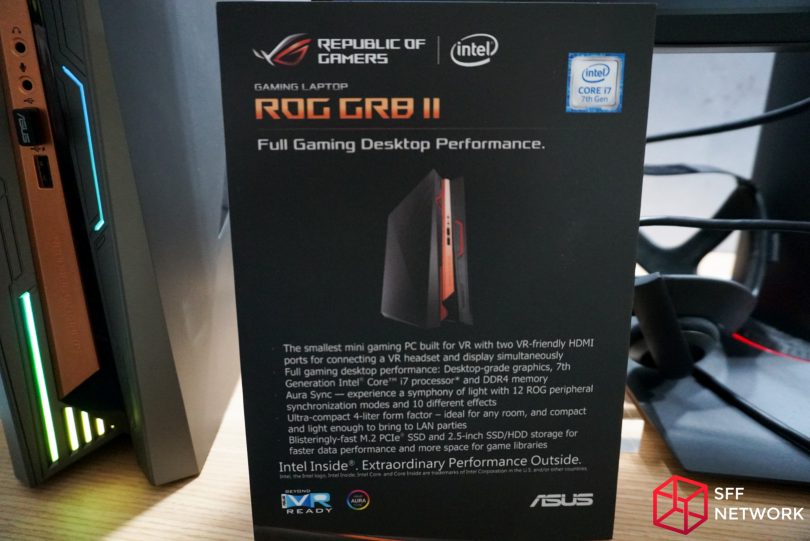 The GR8 has been updated with an upgrade to an Intel Kaby Lake i7, NVIDIA GTX 1060, and of course RGBs. 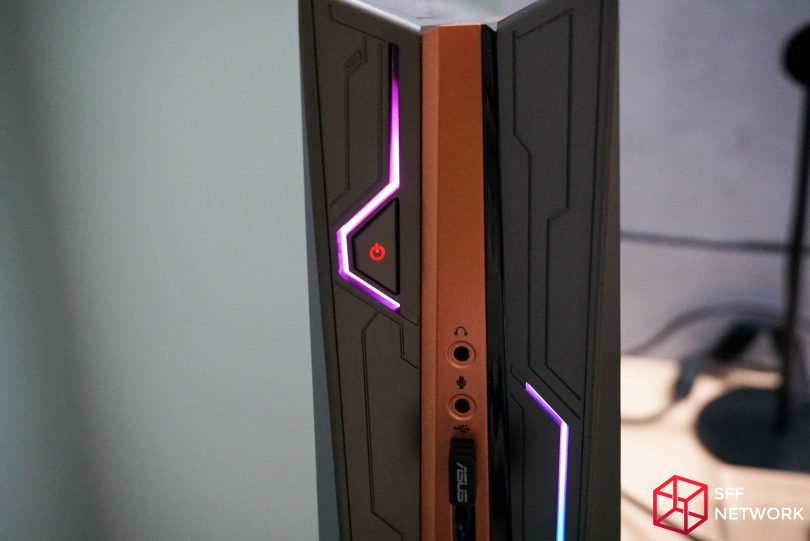 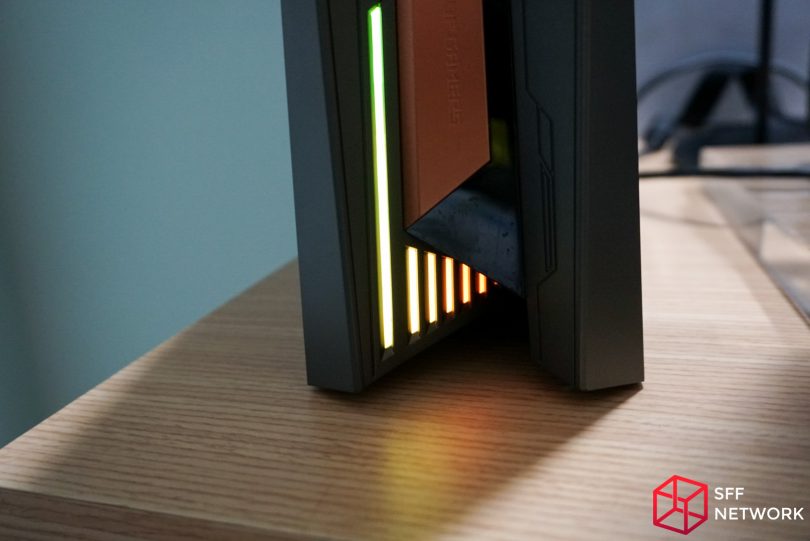 And the RGBs are individually controllable to boot! 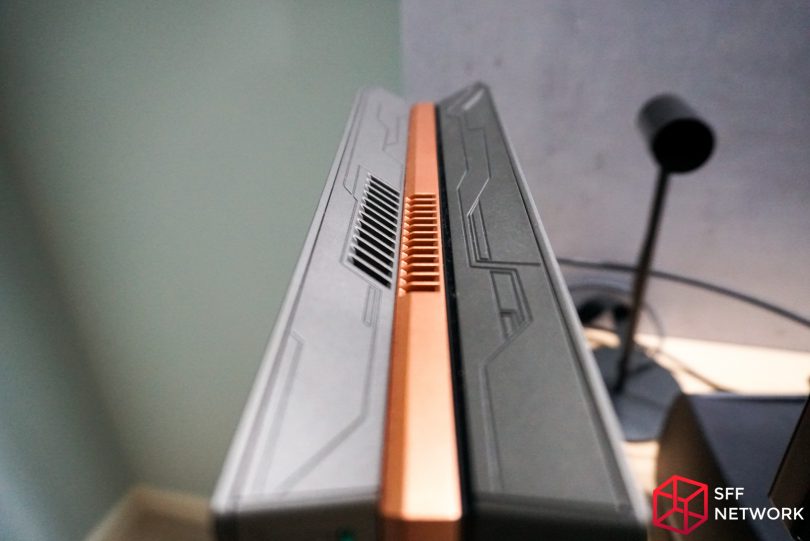 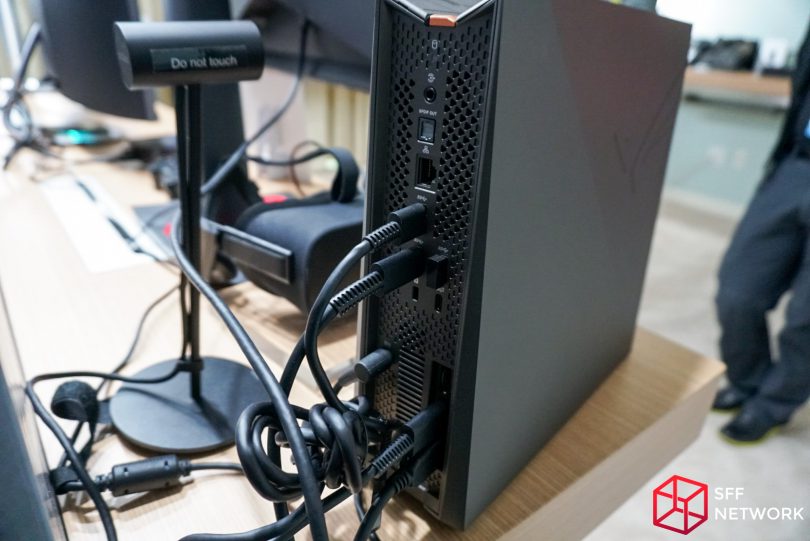 And all this is packed into a 4L cases (though with an external power brick) and apparently a GTX 1070 variant is not out of the question according to ASUS. 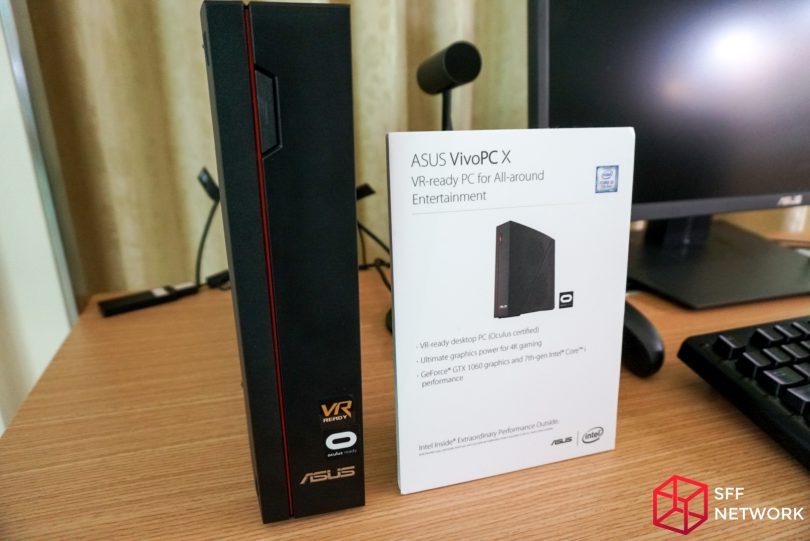 ASUS had the newly announced VivoPC X on display, which is a compact console-style system designed for virtual reality. It contains a mobile Intel CPU and mobile GTX 1060 on a custom motherboard. 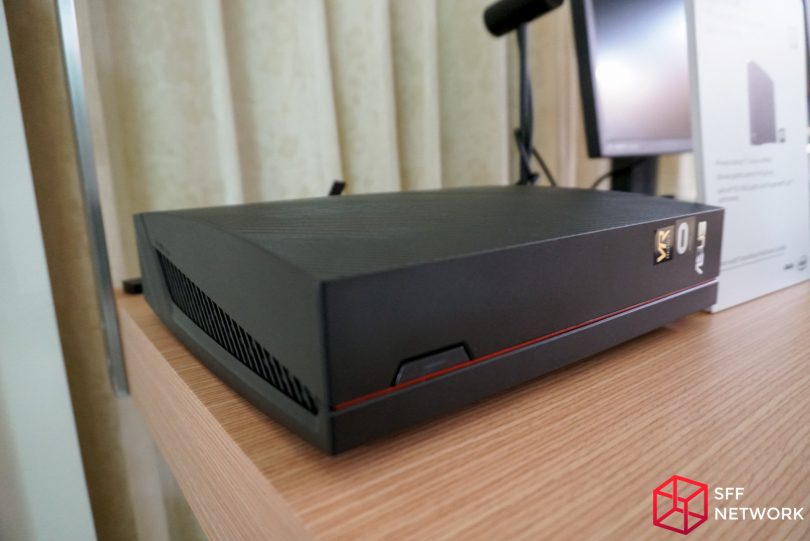 The system clocks in at around 5 liters in volume. 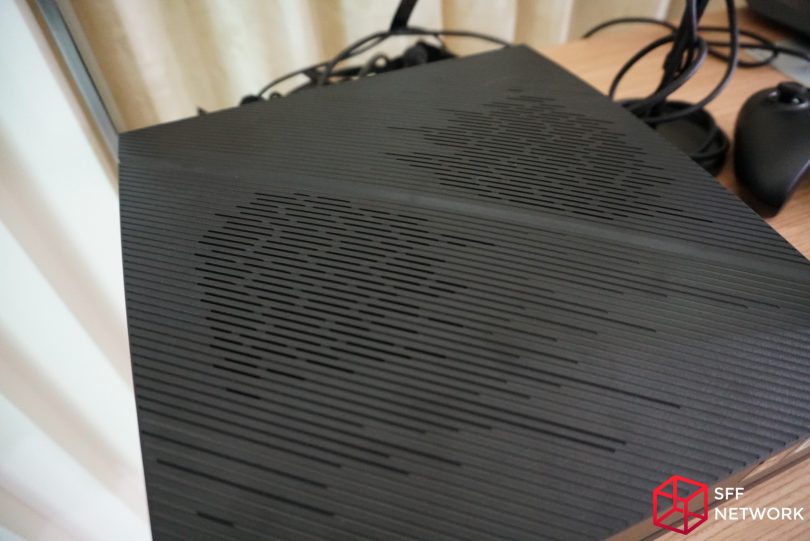 The actual vent holes only take up a small area of the artistically grooved top/side panel. 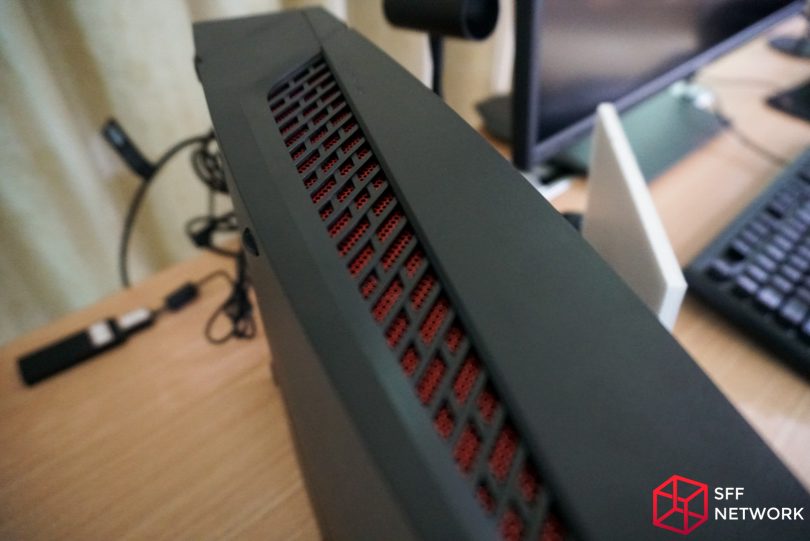 But there is some additional venting along the narrow edge. 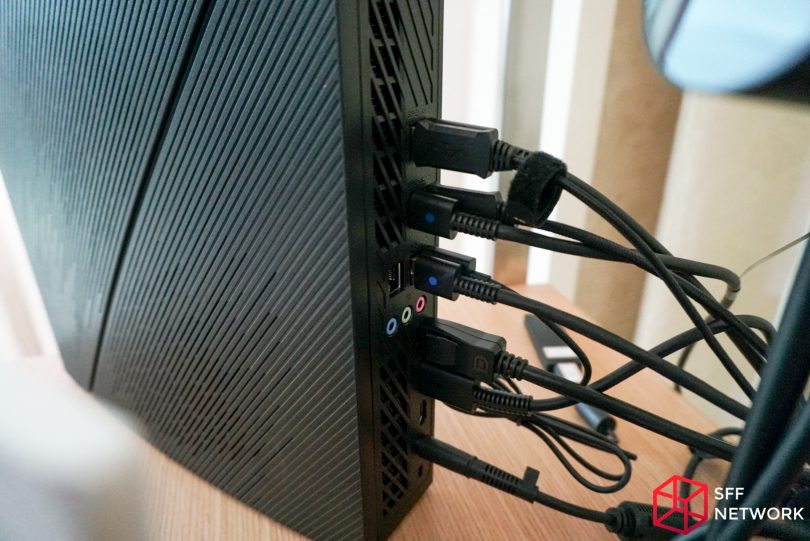 John covered the new VivoMini PCs Thursday but it’s always nice to see products in context to gain an appreciation for their size. 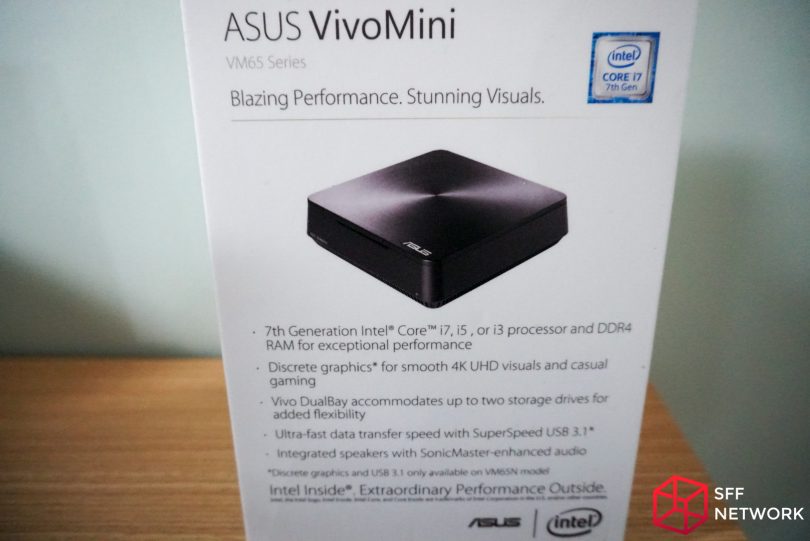 The VM65 has been updated with Kaby Lake CPUs. 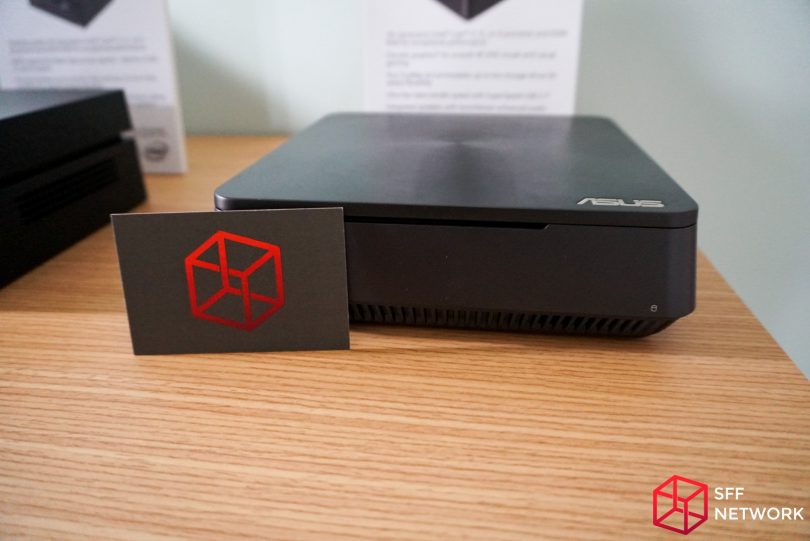 Business card for scale, though this isn’t quite accurate since Drew has MOO Luxe cards which are larger than normal (how very un-SFF!). 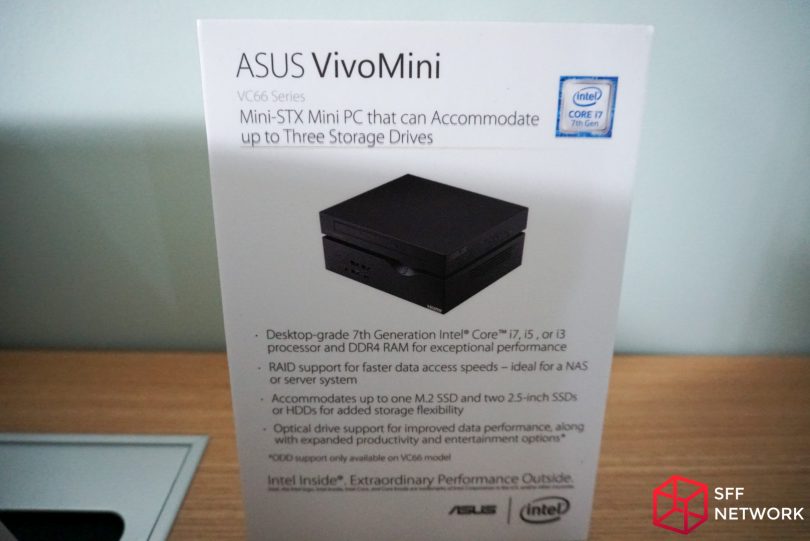 This is rather unexpected, a Mini-PC from ASUS based on the Mini-STX form factor. It features a socketed desktop Intel Kaby Lake CPU in i3, i5, and i7 versions. The main selling point seems to be storage, with room for one M.2 and two 2.5″ drives along with a ODD stacked on top. 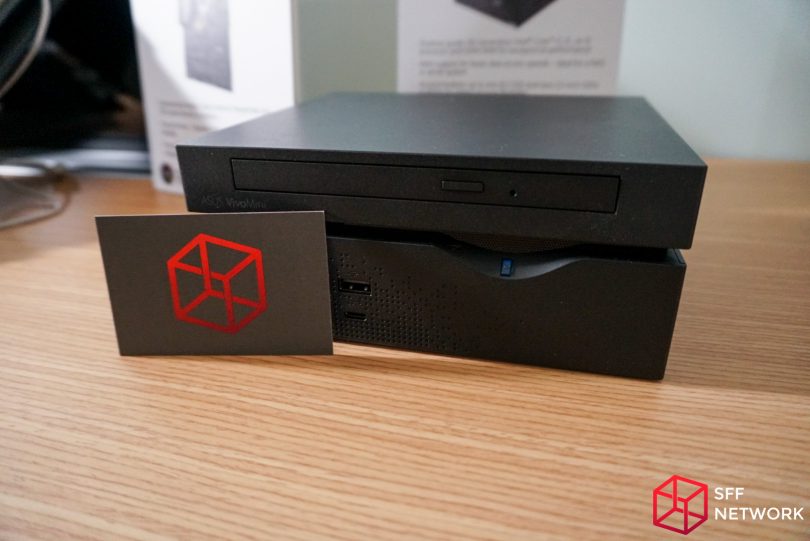