ASRock had their hotly anticipated AM4 Ryzen Mini-ITX motherboards in their booth and we were sure to snap some pics of the both of them!

The specs are identical for both models and are as follows: 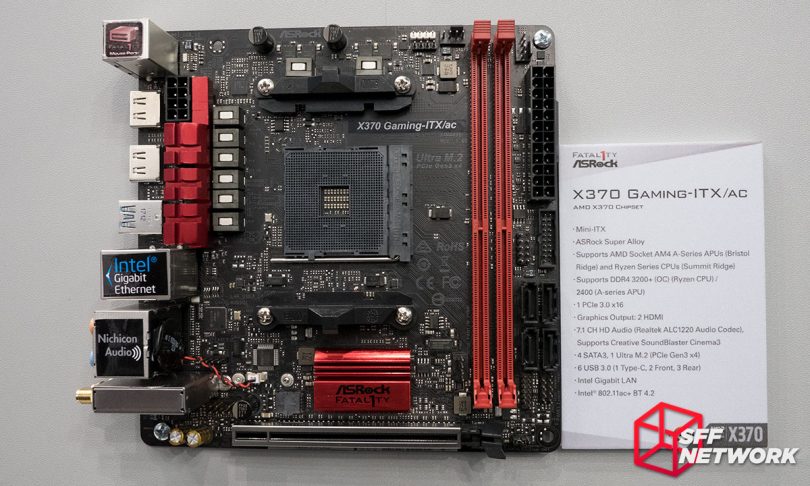 Here is the X370 Gaming-ITX/ac and overall I’m pretty pleased with the layout. The 24-pin ATX power connector, USB 3.0 header, front panel header, and SATA ports are along the right side of the board in front of the RAM slots.

The AM4 socket is relatively centered, and there is plenty of clearance around so heatsink compatibility should not be a problem for the most part. The 8-pin CPU power connector is less than ideal, but it could be worse.

There are 3x fan headers including the CPU fan header. 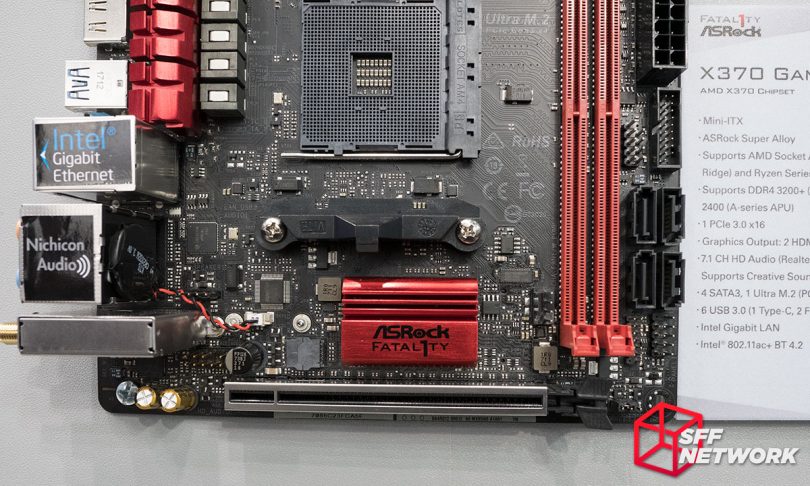 The PCIe 3.0 x4 M.2 port is on the backside of the motherboard above the PCIe slot, you can see the threaded holes to the left of the chipset heatsink in this picture. 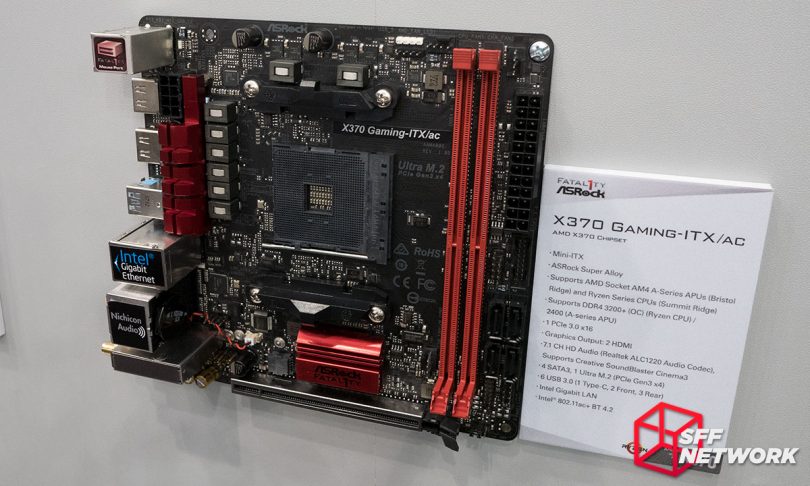 I’m not sure if it can be used for aftermarket RGB strips, but these boards do have a header for the RGBs in the AMD Wraith Max heatsink. 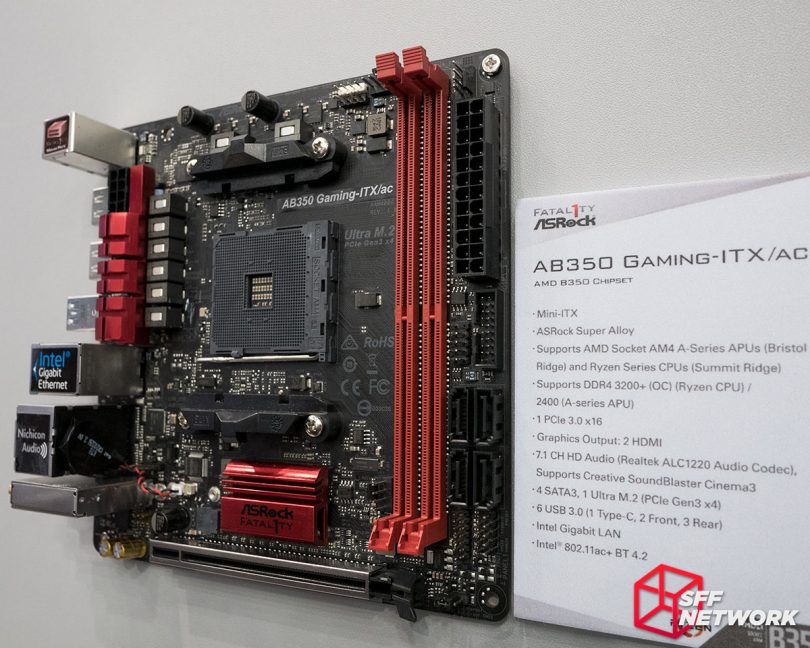 Edit: Bifurcation is one of the differences between the chipsets, but ASRock does not officially support or validate it. The main difference they told me is potentially better overclockability on X370. 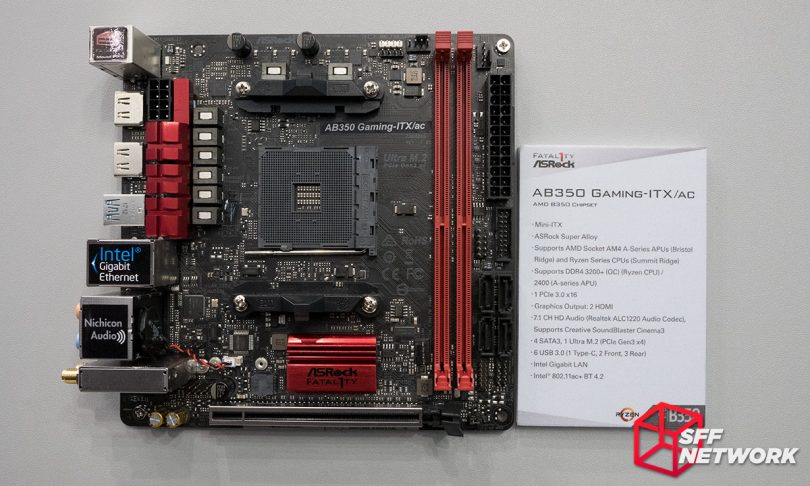 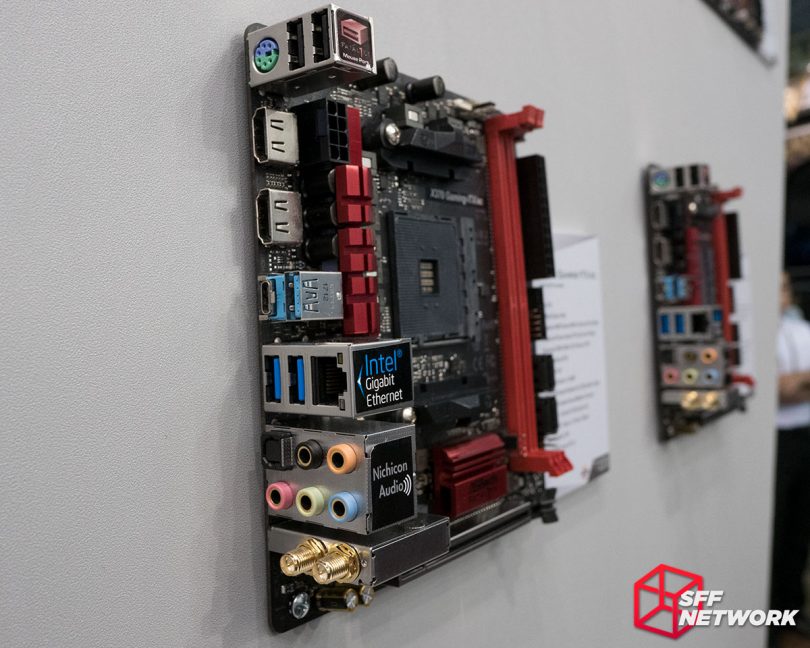 Here’s the rear IO, which is the same on both models:

Edit: The spec sheet is correct and USB 3.1 (10Gb/s) is indeed not present. Apparently there are very strict limitations on trace length to use the USB 3.1 off the AMD chipset, and it wasn’t feasible to implement on this board.

According to the rep I spoke with these boards should release “soon” and price will be in ASRock’s typical fashion, so presumably affordable considering the feature set.