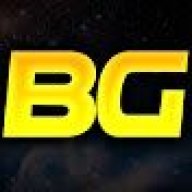 youre going to have a rough time keeping that cpu cool. Id say you want a custom loop for that thing. The noctua low profile cpu cooler is rated for tdp of 95 at MAX. Those cpus are going to be MONSTERS. they might be over 200 tdp.
Reactions: Biowarejak 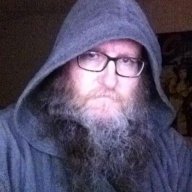 Bambam625 said:
youre going to have a rough time keeping that cpu cool. Id say you want a custom loop for that thing. The noctua low profile cpu cooler is rated for tdp of 95 at MAX. Those cpus are going to be MONSTERS. they might be over 200 tdp.
Click to expand...

The CPU cooler(s) specified in the thread are not low-profile units, they are tower units rated at 140W, which is the reported TDP for the 6-core & 8-core CPUs also specified...

The SFF focus of the thread is the modding of a LZ7 chassis to enlarge it to fit a bunch of SFF / ITX parts in a simple bolt-it-up build...

Thats allot of information to read through! That Zotac Artic Storm card looks very tall with the water connectors sticking out the top, I'm pretty sure that won't fit in the LZ7!

Some points to consider about airflow:

The downside to a positive pressure setup is that it reduces the effectivity of the GPU fans trying to pull air into the case, the GPU fan is trying to pull air into the case against a positive pressure of air trying to get out, the net result is less air flowing through the GPU heatsink. This leads to slightly lower thermal performance on the GPU side as a trade-off for lower CPU and overall chassis temps.

NEGATIVE PRESSURE SETUP
Flipping the main 140mm chassis fan to create a negative pressure setup improves the GPU thermal performance quite noticeably, the reason being is the negative pressure aids the GPU fan and helps to pull cool air into the card through the GPU side intake vents, the net result is more air is pushed/pulled through the GPU heatsink for an equivalent GPU fan RPM resulting in lower temps/higher boost clocks.

But, and its a BIG but, with negative pressure the heat produced by the GPU is pulled into the main compartment of the case, across the motherboard and into the CPU cooler. The end result is higher temps for all other components other than the GPU.

AIO WATERCOOLING
I have not done any testing with AIO cooling in the LZ7, perhaps @tomnyamkun can help out with this. With the above information in mind, ideally you would want to exhaust the CPU heat out the case with a negative pressure setup, but as mentioned above you would draw the hot GPU exhaust air through the case and into the AIO cooler, maybe this won't have much of an effect, I don't know?

At the same time setting the AIO cooling as intake to create a positive pressure would be blowing hot air into the case from the CPU, I really don't know which method would give best overall results?

CUSTOM PANELS
A full set of new panels made through Ponoko would cost in the region of $90 - $110 (depending on vent complexity) plus shipping, plus time for CAD work.

LARGER CASE
If your not in a hurry then I'm working on a larger case that will be under 10 liters, it can fit a full length GPU and 140mm AIO, but it won't be ready probably till next year.
Reactions: WadeAK78 and Biowarejak