This IS NOT Fine: RTX 4090 User Claims 12 Pin Adapter Burned 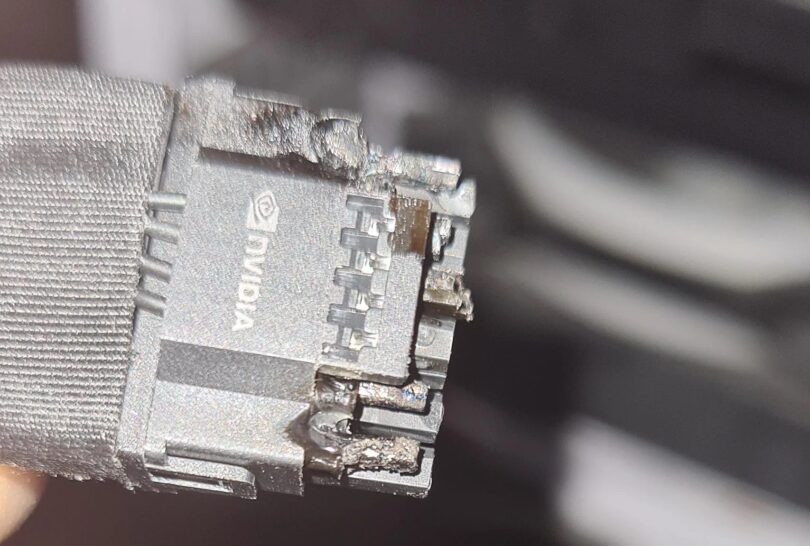 This…is not fine. This is definitely not fine.
Reddit User Reggie Gakil posted in the Nvidia Reddit forum that their RTX 4090 power adapter began to smoke, and then melted. The user posted a photo showing they were using a vertical mounted 4090, and that there was substantial damage to the plastics of the power connector. This is only a few short weeks after Jay’s 2 Cents and Gamer’s Nexus were making videos that expressed concerns regarding the use of the 16-pin adapters. This caused a substantial amount of controversy both in front and behind the scenes. The question is now if they have been proven correct.
Check out BuildZoid’s excellent video on this issue below.
Click to expand...

This should have been CPSC territory in the USA as soon as PCI-SIG had an email from NVidia advising on the fragility of these cables/connectors. Hopefully it will be soon.

Ironically...Intel was one of the proponents of the standard...and their GPUs are the only ones releasing this fall not using it.

I think they accidentally specc'd the connector to last 1 week, instead of 1 week past the end of the warranty period..
Reactions: Arboreal, Skripka and Phuncz
V

Was it so important to launch before Christmas that it was worth developing such a risky adapter before the ATX 3.0 things are widely available?
They had 3000 stocks to sell, AMD won't launch before weeks, if not months. Why rushing?