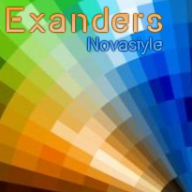 I followed the advice as well and just had the courage to re-open my velka 3 and the PSU to replace the Noctua fan with a Sunon Maglev ordered on ebay.

It is definitely louder but nothing compared to the fan that came with the FX350-G. Considering how hot the air coming from the PSU is, I don't regret moving to the Sunon Maglev Mf40101v2-1000u-a99.
Reactions: Snerual
L

So I followed this thread, after I got my FX350-G and well, It didnt work for me.
I changed the polarity but My noctua fan doesnt spin up at all (noctua A4x10 FLX 12V). I tried both ways it just refuses to work.
I tried connecting the fan to the 3pin and it works so its not the fan fault either.
Stock Jamico fan runs at 12V 0.16A, whilst Noctua A4x10 FLX is a 12V 0.05A would that make a difference?
S

Lorec said:
So I followed this thread, after I got my FX350-G and well, It didnt work for me.
I changed the polarity but My noctua fan doesnt spin up at all (noctua A4x10 FLX 12V). I tried both ways it just refuses to work.
I tried connecting the fan to the 3pin and it works so its not the fan fault either.
Stock Jamico fan runs at 12V 0.16A, whilst Noctua A4x10 FLX is a 12V 0.05A would that make a difference?
Click to expand...

How long did you wait? After powering on, it can take up to 30 seconds for the Noctua fan to start spinning.

This power supply has so many different behaviours..., for me it starts spinning at power on with the noctua fan.
G

I also tried to fans A4x10 FLX 12V, initially I thought it was 5 volts. the behavior is that, fan spins, but only after some time, and barely moving any air, so it's spinning very slow. does it get faster under load?
T

Snerual said:
I took this advice and purchased this Sunon Maglev
Compared to the Noctua it has 60% more static pressure, 70% more airflow, and a 2,6dB higher noise rating. It is dirt cheap (I picked it up for 6.30 EUR shipped on eBay) but it didn't come with any fan connector or sleeving, just 2 bare wires you have to DIY.

Putting them side by side however, the Sunon is noticeably thinner than the Noctua, I would say by at least 1mm.

While it is definitely noticeably louder than the Noctua, it also pushes noticeably more air, and it is way, way better than the stock fan or the 40x15 Delta I also tried. I would not be afraid to use the 6 pin GPU connector with this fan installed. If only Sunon made a 40x15mm Maglev...

Overall I still would not recommend anyone to buy this PSU though.
- The fan curve seems broken. It just slowly ramps up to max over 10 minutes independent of load, and it never goes down again
- There is nowhere for air to enter the PSU, there's a piece of transparent plastic blocking 80% of the metal vent on the side. However this seems by design and I'm afraid of removing it. (Though maybe I'll do it anyway, I have nothing to loose at this point)
Click to expand...

So, I'm dumb and didn't do my research before ordering this roaring beast of a PSU. I ordered the Sunon to replace the stock fan. Based on everything here, I think I'll be fine to get it installed.

My one question is, do I need to worry about reversing the polarity with this fan as with Noctua?

Is there anything else one ought to be aware of before replacing the fan?

Since it comes without any connector at all, just the black and blue wires, there is no polarity to worry about. However you'll have to somehow install a connector yourself.
T

Snerual said:
Since it comes without any connector at all, just the black and blue wires, there is no polarity to worry about. However you'll have to somehow install a connector yourself.
Click to expand...

Feel dumb for not thinking of that... lol. Can I repurpose the one from the original fan? Or is there a good part to order off mouser/digikey
S

You can repurpose from the original fan.
T

Okay, so I just finished replacing the stock fan with the Sunon Maglev. For me, I did this because I had built an HT/light gaming PC around a specific case that required a Flex ATX PSU. The Sunon is absolutely, unequivocally much quieter. It's not silent, but the stock fan is so loud it was unpleasant to have the PC on. When gaming or watching something the volume had to be significantly turned up to drown out the noise of the PSU fan. None of this is true with the Sunon instatlled. Under normal use you really barely hear it. Under more intensive use, like gaming, you do, but it's no better nor worse than my PS4. Also, this might be wrong, but the PSU feels like it's running cooler than it did with the stock fan...

For those that don't really know what they're doing (as I didn't when I started this process): This is my little mini-guide to installing the Sunon Maglev. if you want to make this modification, you have two options.

The most straight forward one is to cut the ends of the wires from the stock fan that have the connector (leave yourself some length in case you fuck up), strip both wires as well as the wires of the new fan, twist them together and solder them, and finally cover the soldered connections with heat-shrink tubing. This is simple and cheap if you've got a soldering iron. If you don't, the alternative below will likely be cheaper and easier (if you don't have experience soldering this isn't the best project to learn on).

The more complicated but somewhat more elegant solution would be as follows:

First Google around or use eBay to search for and order the following things:
When you've got the fan, and all these parts, it's very simple to insert the wire ends into the pins, crimp them with the crimp tool, insert the pins into the connector housing. then attach that to the fan header in the power supply. Make sure you insert the wires the correct way into the housing (refer to their position with the stock fan's connector). If you fuck up for some reason, cut off the ends, strip the wires and try again with a new housing and pair of pins.

If you know of another PSU that you're confident is reasonably quiet, go with that one over the FX350-G. I've done a lot of research and every other Flex ATX PSU has reviews that complain about noise, (while a bunch that say there is very little noise). The same is true of the FX350-G. Ultimately, I read a lot of stuff that said basically all Flex ATX PSUs are loud. Given that fact, I wasn't really inclined to audition and return a bunch of other units. That said, I imagine it would be pretty straight forward to make this modification on any similar PSU.

So, that's my lesson to share with the group. Thanks everyone for your help, thoughts, information and perspective.
Reactions: exanders, Snerual and NateDawg72
M