Does the chipset of a motherboard have any appreciable effect on the overclockability of RAM or is that solely dependent on the CPU's memory controller? If I am able to get RAM to run at 4000mhz CL18 on an x570 with a Ryzen 3000 CPU, would you guess that I am also able to run it at 4000mhz CL18 on a b450/x470 with the same CPU?

Yes, this question is somewhat speculative in regards to the new x570, so I guess what I'm really asking is in regards to past chipsets so that I can make an educated guess for the new one. So to put it another way, does anyone have experience comparing RAM performance between b350/x370 and b450/x470 chipsets using the same Ryzen 2000 CPU?

I may not be using the best search terms, but I'm not finding much in the way of answers through google. The closest I've found is this video: The only issue with the video is that I can't see what timings their "tuned" RAM was running at, and if they were even the same settings across the chipsets - they were all at 3400mhz, but no mention of the timings is made.

More specifics - I'm debating splurging for a x570 while grasping at any reason that I might get an appreciable upgrade from it. My case is using a pcie gen 3 riser, so my GPU will not be able to make use of the extra bandwidth provided by pcie gen 4. Thus, only my m.2 NVMe drive will possibly take advantage of pcie gen 4, and that might turn out to take quite a while before we see an appreciable difference in performance. x570s seem to have improved the VRMs, but it seems that at least some of the b450/x470 VRMs will be sufficient, so that isn't too much of a consideration imo. That leaves only 2 items that I can think of: 1) very likely compatible with the future Ryzen 4000 (with b350's potentially missing out on Ryzen 3000, I suspect that b450's may be in the same boat with Ryzen 4000) and 2) RAM overclockability. Hence my reason for asking about RAM overclockability 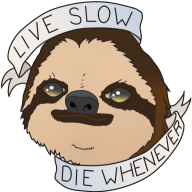 The RAM SHOULD clock about the same, maybe a bit better on x570 simply because trace layouts have been tweaked again and memory training algorythms have been updated and will probably be newer on the newest board (not sure if they update that stuff with bios updates).
I would not even consider buying anything but x570 for a new build, simply because the newer ryzens need a lot more power because of the higher core counts and the new boards are MUCH higher quality in terms of VRMs and stuff. the AORUS x570 ITX build has a stronger vrm than ANY x470 board, and thats just a itx board... some even have true 14 phase power delivery. if you buy a lower end x570 board you would need to buy a high end x470 board to match the VRMs and I doubt you would have any savings in doing so. plus as you said the x470/b450 boards will be killed off sooner. I would only use a 3000 chip in a older board if you already have the board and want to upgrade.
also its possible that the pcie3.0 riser will just support pcie4.0 as well.
Reactions: Titeywitey and scatterforce
T

Treshy said:
I would not even consider buying anything but x570 for a new build, simply because the newer ryzens need a lot more power because of the higher core counts
Click to expand...

I agree with most of what you said, except for this bit. The move to 7nm reduced the power required. Of course, higher clocks and other changes may indeed cause it to draw more power, but the TDPs are actually all very reasonable, so it doesn't seem likely that the power draw for 6 and 8 core Ryzen 3000 cpus will be that much different than Ryzen 2000.

That said... I'm still leaning towards a x570 board as long as the Black Ridge cooler will fit on it.

Motherboard Wishes for a future ASRock AM4 Enthusiast ITX motherboard...

Memory Overclocking RAM? How does it work?