First build post on the forums. I'm particularly proud of this one and hassled a bunch of people for advice on the mods, so figured I'd share with some notes. Photos are here
Finally completed what will more than likely be the final form of my Dan A4. Firstly, a moment of silence for my Zotac 1080 ti mini that was originally slated to be included in this build. It seems to be having a VRM issue that cannot be solved with any amount of new thermal pads or paste.

The focus of this build was maximizing performance and thermals while running as quietly as possible. Inspired by my efforts to silence the VTOL fans on the 1080 ti and fueled by the endless supply of Chromax fans that I've accumulated over a long quarantine of PC building, I've managed to fit most of Noctua's Chromax product line into the Dan A4. Parts selection and mod summary as follows:

Asus B550-I - Just a great board with excellent connectivity and excellent VRM.

Trident Z Neo - High-speed ram kit that adds a pop of color to the otherwise black void of the build. I really only used this because I needed the 32GB LPX kit I used previously for my main rig.

Storage - 3+gb of storage with the 1TB NVME used as a boot drive and the EVO set up with the SSHD through StoreMI to make a quick game drive.

Chromax modified 2070 Super Mini - Chosen to replace the 1080 ti mini. Maintains similar performance while offering DLSS and RT support. I chose to keep with the Mini card form factor to maintain airflow for the 645LT. Card has been undervolted to .925v at 1980 mHz and runs at 69-75c under load, down from 82-84 with the stock fans and settings. I may try to bump the voltage up a bit to hit a 2000 mHz overclock, but haven't done so yet.

The fan mod was very simple and has dropped the noise profile immensely (ZOTAC minis are notoriously loud). It required the removal of the fan shroud and stock fans to apply two NF A9x14 HS fans after cutting off the fan frames with a side cutter. The fans are attached to the original mounting points with double-sided thermal tape (looking to see if I can get some brackets to screw to the stock frames made but the tape has worked perfectly fine thus far and can be replaced easily). The fans are controlled by the onboard fan header through a mini 4 pin to 2x PWM splitter from Amazon.

645 LT with Losercard Mod - The 645LT is easily the best cooling solution for high-end CPUs in the Dan A4 that lets you use a full-length card but was having a bit of trouble keeping the 3900 at a sub 60c temp in its stock config (the B550 applies a higher clock and power target to the CPU and makes it run hotter than normal). The Losercard mod allows you to use a 25mm fan with the 645 by raising the PSU a few mm. Losercard recommends a 92mm CoolerMaster Blade Master fan that performs at a very high level at 30dba. I chose to go with an NF A9 for noise reasons and it has performed well, dropping only a few degrees v the CoolerMaster. This mod required the use of a custom unsleeved wire kit from PslateCustoms. Losercard also offers a set of wires, but I already had the Pslate set.

NF 12x15 over the motherboard - Inspired by the videos published by Glob3tech (Youtube channel has an entire series of videos testing different cooling configurations in the A4 that I highly recommend) I wanted to get the cooling benefits of another fan over the motherboard but had been really aggravated by the fan falling out every time I went to open the case. I had the idea to see if the 120mm AIO bracket would allow me to fit a 15mm fan over the motherboard more securely and without interfering with the case lines.

In order to do this, I had to unscrew the top panel (already required to install the Losercard kit) and remove the IO plate on the motherboard while routing the aio tubes to fit around the board under the fan. The entire process was a trial but I think was well worth the endeavor. It has dropped the temps as suggested in Glob3tech video and makes the build look so much cleaner. I was originally going to drill screw holes into the case, but the fan bracket combo sits snuggly between the mobo and the edge of the case without any wobble.

PSU Fan mod - Done more for looks than function, this was done by simply swapping the original fan with a 15mm HS fan connected to a 2pin to 4 pin converter (gold PSUs have this while the platinum ones use a mini 4 pin similar to the GPU fan). Both can be purchased on Amazon and the mod is super easy to do by removing the front 4 screws from the PSU then replacing the fan. looks good and the fan noise under load has dropped significantly.
Reactions: ssp, velka5simp, SnakePlissken and 3 others 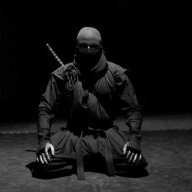 Wow this is a great build