With the infrequent leaks about AMD’s upcoming Zen architecture, we know very little of the platform. However, with a few tech documents found by benchlife.info, we may be getting to see the early hints as to what AM4 means as a platform.

It seems that AM4 will primarily be an APU based platform, based initially on the ‘Excavator’ architecture, an incremental upgrade of Bulldozer and Steamroller. However, what is interesting is the wattages of the leaked processors – significantly lower than the existing APUs and CPUs that AMD produces. With a 3.6-4GHz, 2 module/4 core APU as the initial top model, a TDP of around 65W (including the graphics core) is very promising for SFF systems. 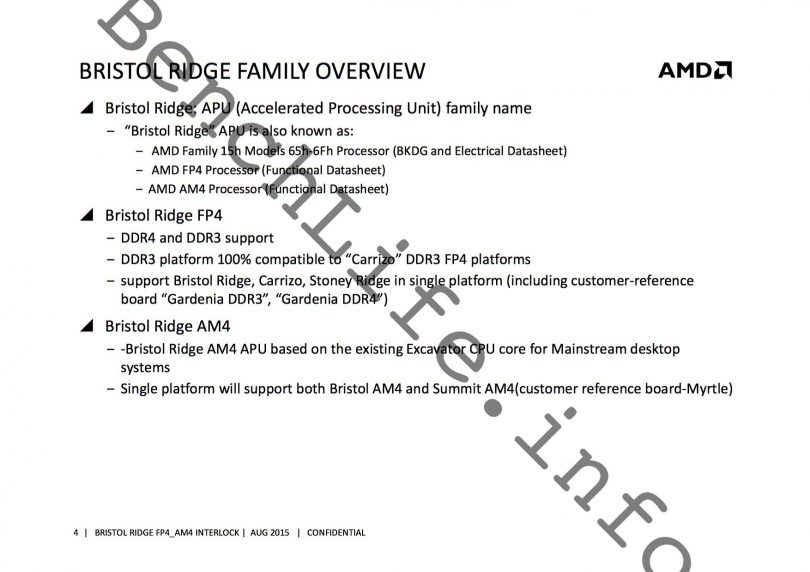 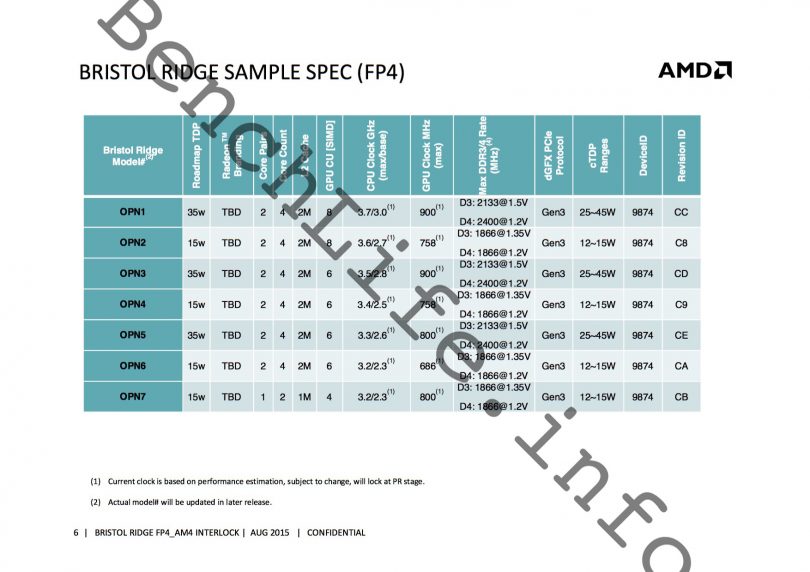 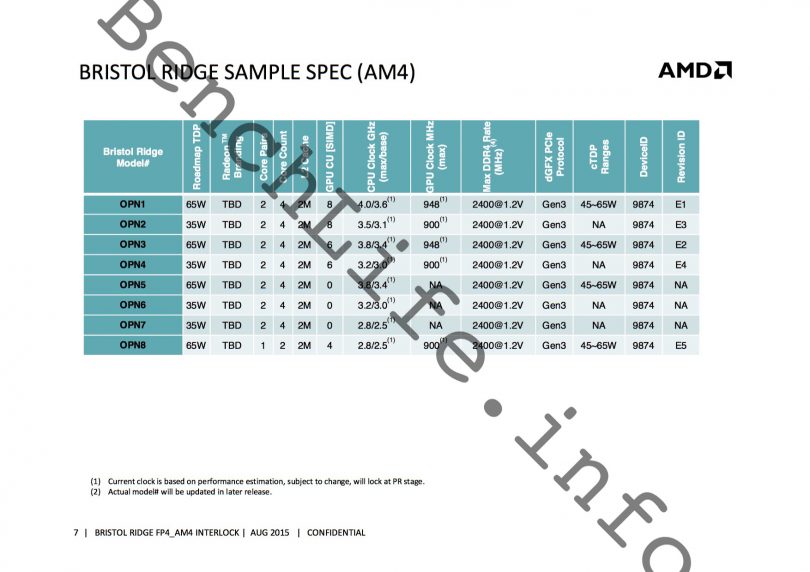 A lot is riding on AMD’s upcoming desktop CPU socket. Some of the first motherboards based on this socket are expected to launch in March 2016.

Some of the first socket AM4 APUs could be “Bristol Ridge.” Succeeding the company’s “Carrizo” APUs, it will be available in both socket AM4, supporting DDR4 memory, and FP4, supporting both DDR3 and DDR4. This chip will implement “Excavator” CPU cores. In its AM4 avatar, “Bristol Ridge” will offer up to four CPU cores, with TDP ranging between 45W-65W, and with support for DDR4-2400 memory. Later in 2016, AMD could debut its first “Zen” multi-core CPUs, which feature the company’s next-gen, performance-focused CPU cores.

As this is not a ‘+’ generation socket (AM2+, AM3+ and FM2+), it appears backwards compatibility is not included, however a clean break is what AMD sorely needs. With AMD reporting significant improvements in performance for Zen, this could be the beginning of a comeback for the Red Team.