Thanks to the tip from our forum member MarcParis, we finally have the specs of the first known mITX board featuring the AM4 socket. As many of you know, this is the socket type that supports the AMD Ryzen CPU line, expected to be fully revealed at the end of February and possibly commercially available not long after.

But to avoid confusion (you’ll see in a minute), let’s start with their also-revealed microATX board. 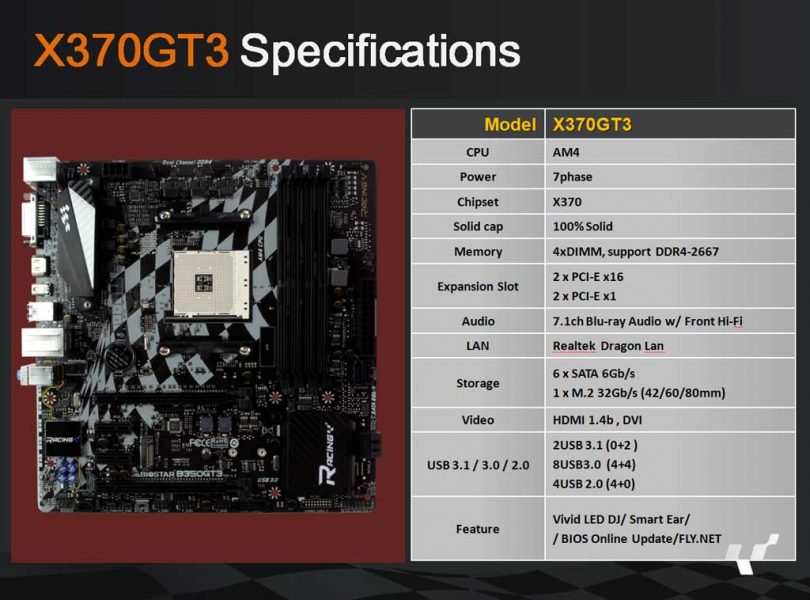 The leaked specs say that the µATX board has two PCIe x16 slots, which contradicts the earlier reports of the X370 chipset only supporting two PCIe x8 slots. So either it refers to x16 slots physically that are x8 lanes electrically, it uses PLX PCIe lane switching logic, or the earlier reported X370 specs were wrong. Either way, PCIe x8 is plenty for modern GPUs in Crossfire or SLI in almost all gaming scenarios.

The Realtek Dragon LAN seems to indicate it’s a Realtek RTL8118AS-CG 1Gbit Ethernet controller with Realtek Dragon software. Intel is often considered a better choice, but since this is an AMD board, we might see more Realtek and Atheros network controllers pop up, proving their value.

Storage is typically well-rounded with six SATA 6Gb/s ports and a 32Gb/s M.2 port, indicating PCIe 3.0 x4 connectivity. Although a few Intel 200-series boards have also introduced two or even three PCIe M.2 sockets on µATX and M-ITX boards. A keen eye will have spotted the four ports instead of six on the above image, apparently the B350GT3 is pictured in that slide which only has 4 ports.

On to the mini-ITX board ! 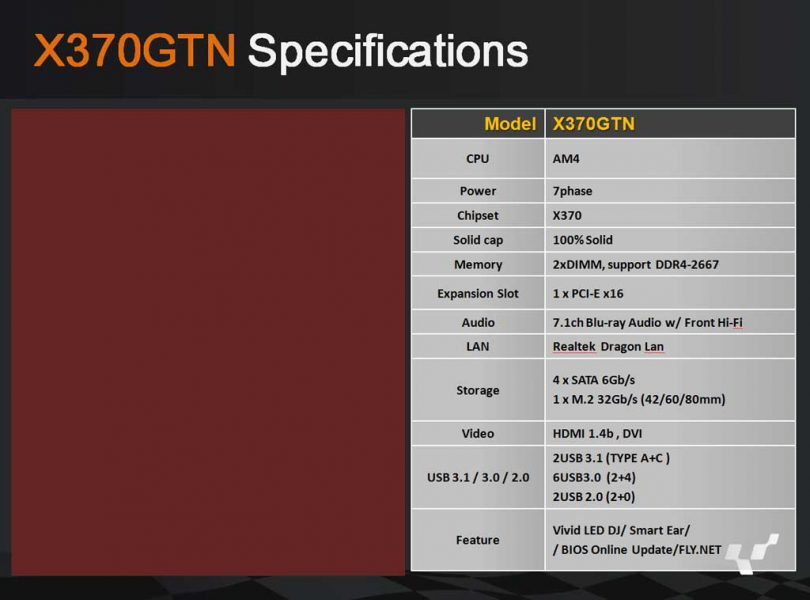 You’ll notice the lack of an image, in contrast to the µATX board and ATX boards (not shown). This reinforces the expectation that the mITX boards might arrive later due to their complete absence at CES 2017, while the µATX and ATX boards were well-represented. In a conversation with Raja Koduri, our staff member Drew found out that there are indeed mITX boards in development, but OEMs developing them didn’t want to be named. The assumption here is that these weren’t as far along in development as the ATX and µATX boards, I can only speculate that this has something to do with the slight shift in specifications the AM4 chipsets have undergone in the past.

But enough of this why and how nonsense, let’s talk specs !

If we compare the specs with the Micro-ATX board, most is the same, except for the usual two DIMMs instead of four, the single PCIe x16 slot, four SATA 6Gb/s ports, and a couple of USB 3.0 and 2.0 ports less.

Considering the size of the chipset, or atleast the heatsink, I’m eager to find out how they jammed everything in the mITX size constraints ! 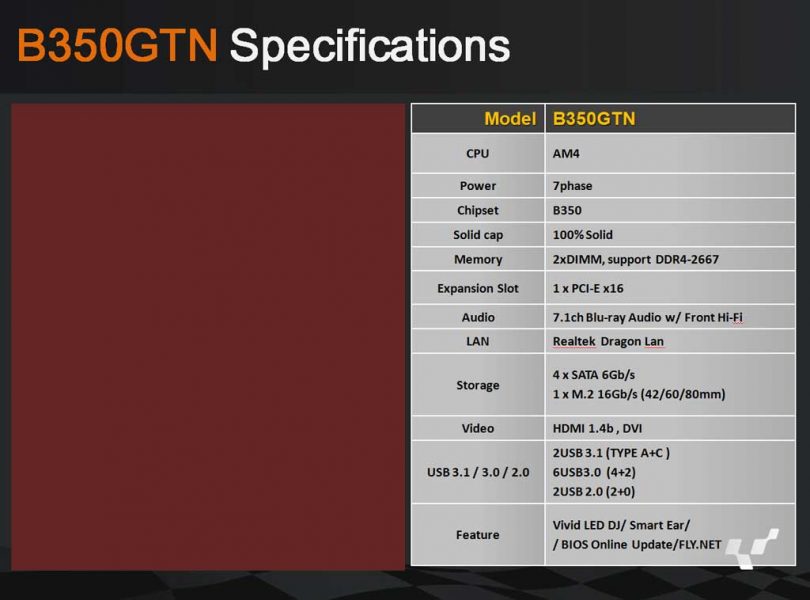 Comparing this to the X370 chipset board, not much has changed, except for the M.2 slot being rated at 16Gb/s, likely meaning PCIe 3.0 x2 support. 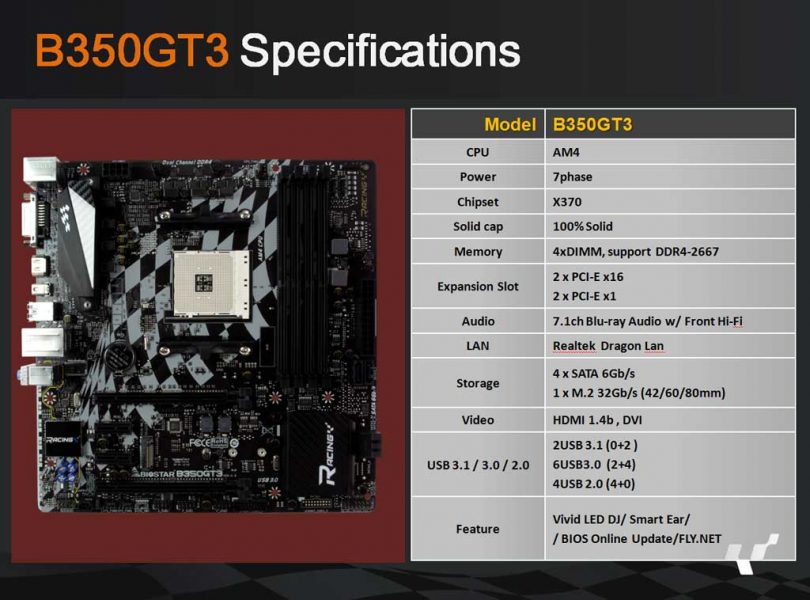 The Micro-ATX board with the same chipset seems to have more PCIe lanes available with the M.2 port fully engaged at 32Gb/s.

Two less USB 3.0 ports and two less SATA ports look to be the main missing features, although the “Chipset: X370″ is another oversight, so maybe these specs are to be taken with a grain of salt.