GALAX showed off a single-slot GTX 1070 late last year, but unlike their vaporware single-slot designs from previous GPU generations, this one has actually become reality and is now in stock on GALAX’s web store! 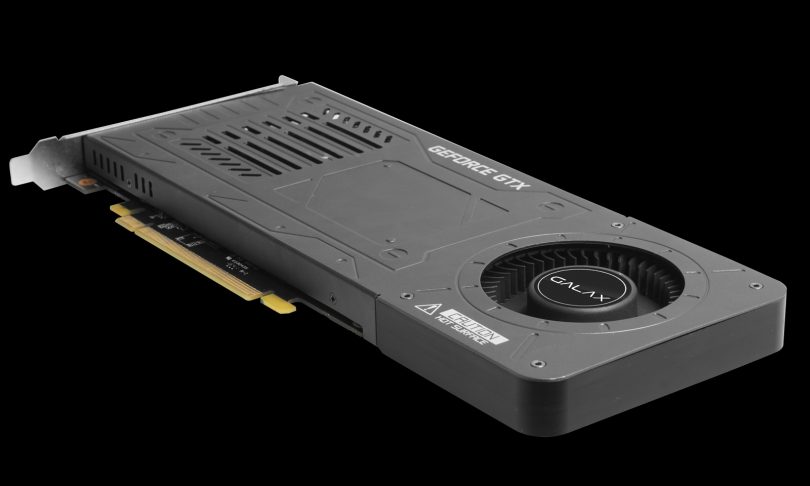 The specs on this card are pretty impressive considering the form factor. Despite the smaller heatsink and thinner blower fan compared to normal double-slot thickness cards, the KATANA still ships in a slightly overclocked configuration, with a base clock of 1518MHz and a boost clock of boost clock 1708MHz. 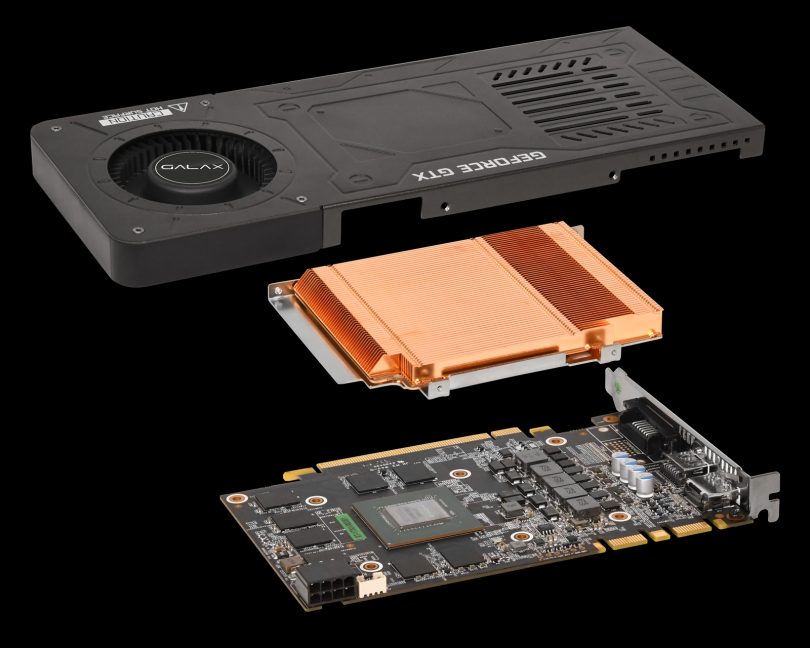 The cooling solution looks about as robust as it can get in the limited space available, with a dense copper fin array on top of a vapor chamber. Blower-type fans excel in static pressure applications so the density of the fins shouldn’t pose an issue, but it remains to be seen how much of a noise tradeoff there will be for slimming a 150W TDP card down to just a single-slot. 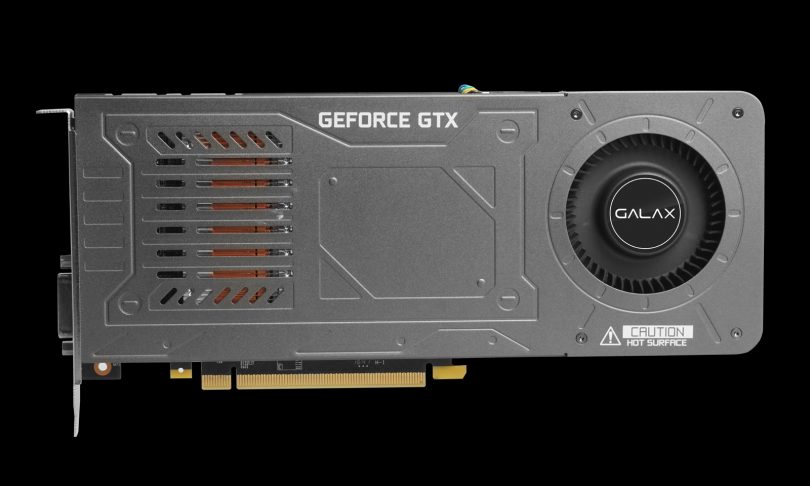 The official dimensions excluding the bracket are 253mm x 111mm x 15.84mm (LxHxT). So not only is it half the width of a normal video card, but it is also reference height. This will be a boon for those wanting to boost the GPU horsepower of a system in an OEM case designed for reference-height cards and the like.

Unfortunately the 8-pin power connector is along the top edge of the card, so that will have to be accounted for when considering height clearance, but it’s a result of the fan taking up all the space at the end of the card. 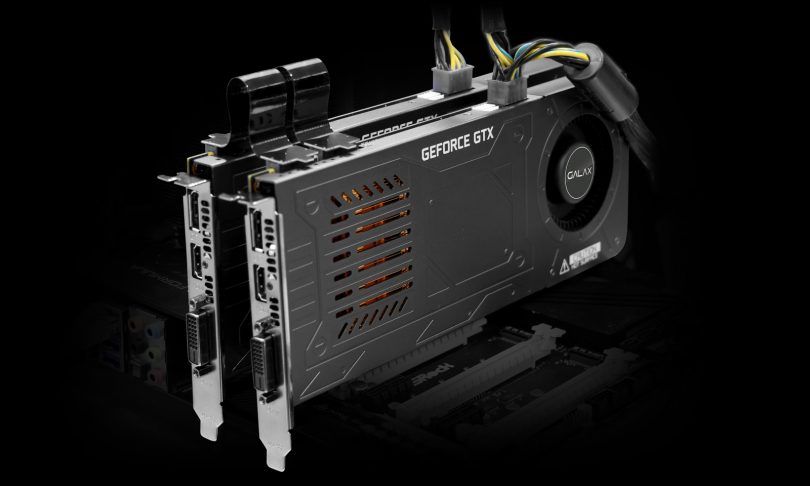 The single-slot form factor opens up interesting possibilities for SLI. On microATX motherboard with typical PCIe slot spacing it would allow two cards with a gap for the top card to intake fresh air. What I’m most excited about for this card though is for use with a PCIe bifurcation riser or if some motherboard manufacturer ever deigns to deliver us a proper Mini-DTX mobo with dual x16 slots. 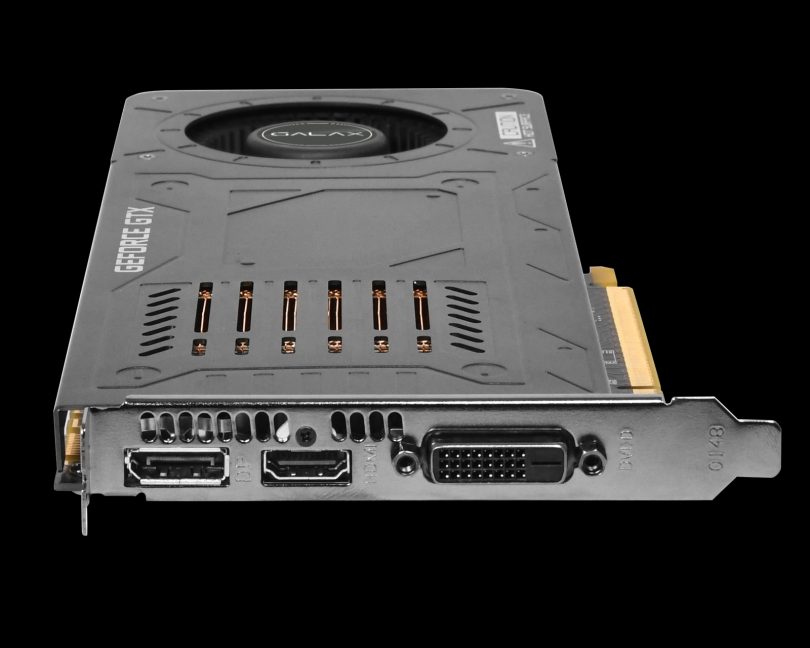 IO is acceptable, though I wish GALAX had either ditched the bulky DVI connector or used Mini DisplayPort to fit four display outputs.