Adding to BIOSTAR’s ‘PRO’ line of motherboards (all of the capslock!), the H110MD PRO is a Flex-ATX motherboard with Intel’s socket 1151 and the H110 chipset. As part of the PRO series motherboard range, BIOSTAR claims the BIOSTAR H110MD PRO boasts improved stability and durability for improved reliability.

The BIOSTAR H110MD PRO supports 6th-generation Intel Core processors and uses the H110 chipset and can run up to 16GB of DDR3L 1600. 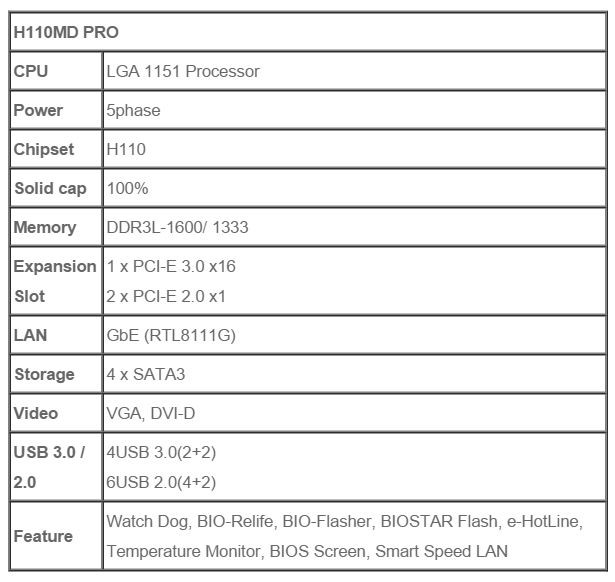 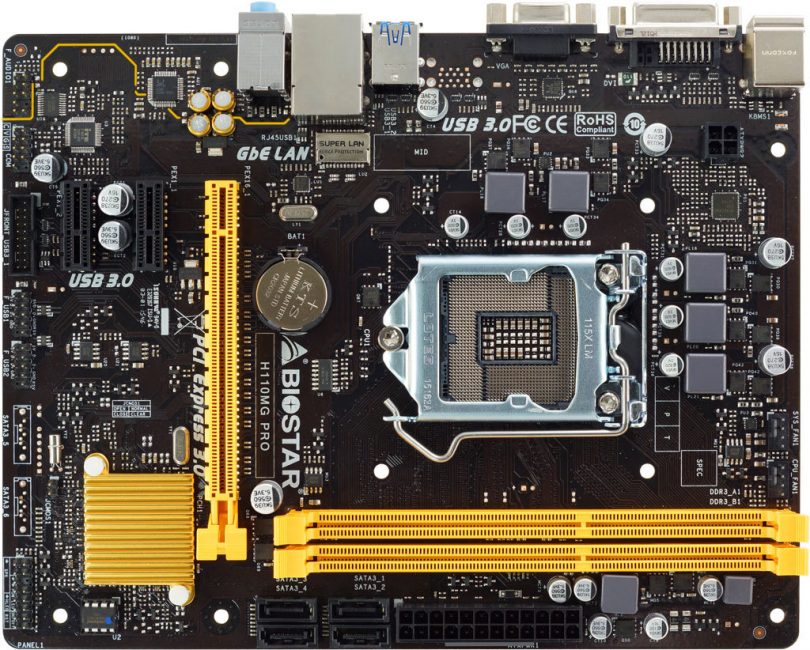 The BIOSTAR H110MD Pro motherboard has an MSRP of $54.99. See more here.
[mks_separator style=”blank” height=”2″]
Thoughts? Discuss them in the forum.