That tiny but potent Micro-STX system which supports MXM graphic cards up to the Nvidia GTX 1080 or Radeon RX 580, has received a refresh in the form of a new Z370 chipset and some new tweaks, let’s take a look !

The front looks exactly the same, though the aesthetic was already very well done in my opinion. We need to look elsewhere for the changes. 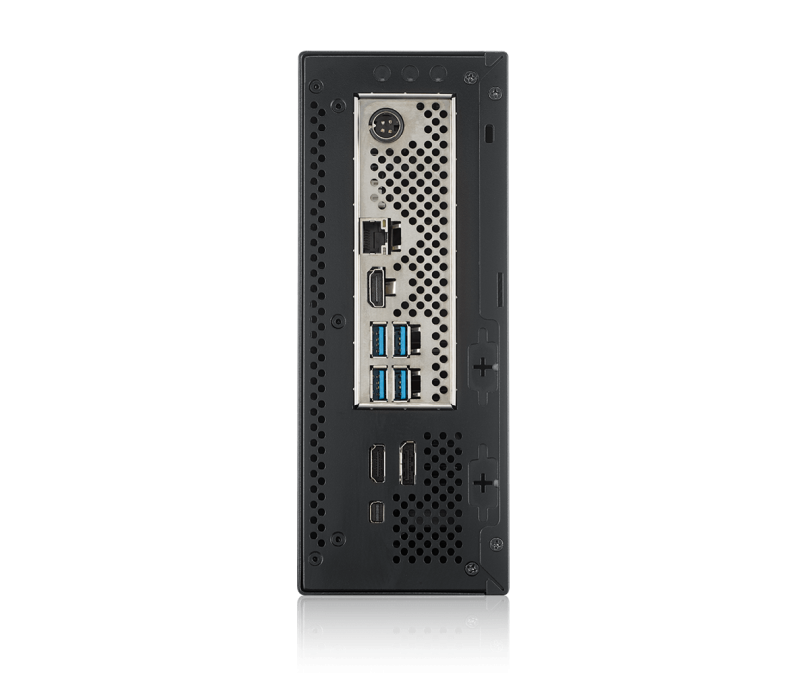 Four USB 3.1 Gen 1 ports instead of two on the previous version, a very welcome improvement allowing for more flexibility for connecting pheripherals and less dependence on USB hubs. I’d much rather see the side USB 2.0 ports on the rear as well as these are more convenient for mouse and keyboard usage.

But there’s bound to be more ! Let’s look inside ! 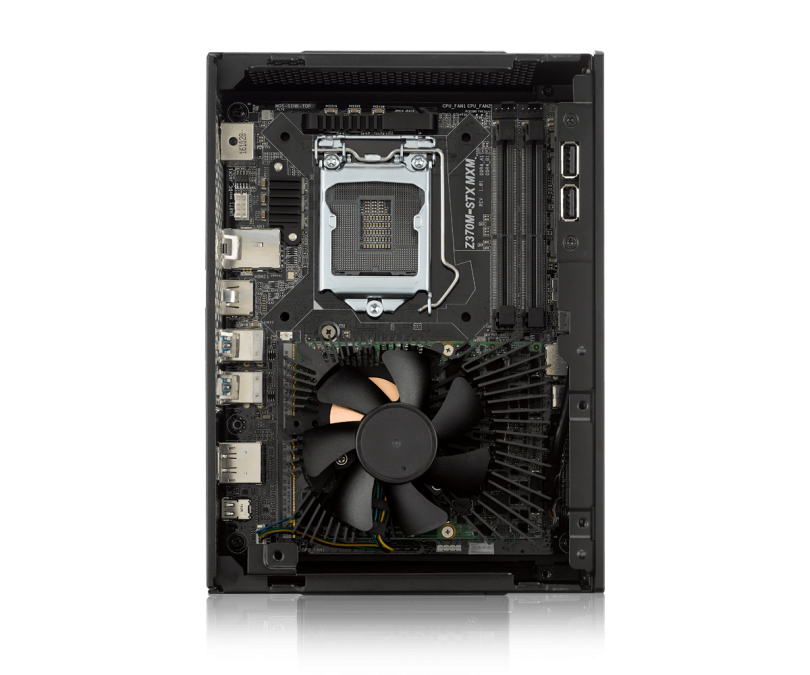 While this looks a lot like the original DeskMini GTX/RX, there are subtle changes. For starters, there’s the Z370 chipset instead of the B250 or Z270 chipset. The DeskMini is rated up to 65W TDP, so in combination with the 300-series chipset it supports the 8th generation quad and hexa-core Intel Core CPUs (non-K parts only !).

There seems to be a smaller VRM heatsink supplied, although from this angle it might as well be equal in volume. There is a new heatsink to the left of the socket, which looks like part of the VRMs are under that one.

Another small change is the CPU socket: it seems to be moved about 10 mm to the right, giving some more clearance, hopefully allowing more aftermarket cooling options.

The specifications also mention a Front Panel Audio Connector, even though it doesn’t seem to have a place for the ports though. But that won’t stop you modding one, will it ? The audio chip has been replaced from the Realtek ALC283 to the ALC233, although it’s unclear to me what the changes are next to the support for the Front Panel Audio.

Here’s the overview of the board’s layout, if you were looking for those sweet triple PCIe 3.0 x4 NVMe M.2 slots.

Expect a review from us soon !

Discuss on our forum: here.