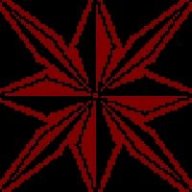 DISCLAIMER: this solution intentionally uses an appliance outside its official specification. Warranty may not cover any potential damage.

As a part of my portable PC project I started tinkering with a battery solution for a PC. In the end my "lapdesk" doesn't have an integrated battery, but I thought I'd extract what I learnt into a separate topic and finish this as a side-project.

NOTE: if you're using a different plug-in PSU than GxR-ONE, test if it's still stable at as low as 10.5V and check specifications that 12.6V max is safe. If not, 3S LiPo without voltage correction will not work. DO NOT GO OVER THE MAX VOLTAGE IN SPECS!​


And laid out how everything should be connected:

(capacitor on the photo is actually 1000uF, I added 2 more 10k uF later - voltage was dropping to 0 when switching between battery and PSU with too small capacitor)

Looks messy as hell The relay should be always open on battery - when PSU is connected, it energises the relay to switch to power from PSU.

I did some rough soldering to test it - that's when I had to add two more 10k uF capacitors. I tested it after with a multimeter and on switching between the battery and PSU voltage drops around 0.4V. I will test it soon whether voltage is stable enough to keep a PC powered on.

20k uF in capacitors feels like a lot just to keep the voltage from dropping, it became really messy.
Also, cabling, relay and the "ideal" diode have a voltage drop of around 0.6V between the source and GxR-ONE, but at least it doesn't seem to change much with load. It will also give a safe voltage drop between the battery's max 12.6V and GxR-ONE's max 12.6V.


I'm thinking of a different approach to simplify and not use the relay:

Code:
Without the relay, switching will be instant.
MOSFET diodes will protect the PSU and battery from reverse current.
Voltage on CCCV would be set to slightly lower than PSU's voltage under max load - that wouldn't charge the battery to full. With the PSU, voltage from the PSU will always be higher than the one coming from the battery so GxR-ONE would be powered by the PSU and the battery will be charged by CCCV + BMS. Without the PSU voltage from the battery will flow past the diode and power the GxR-ONE.
Only drawback I can see is less time on battery as it will be charged only to around 75% capacity.

On DIY Battery Powered DC UPS, for Portable SFF and Off Grid