On the one hand, the mini-ITX market has been expanding at a fairly rapid rate as of late. Quite a few major manufacturers are now developing new mITX cases, which is great news, in and of itself – but a lot of these cases seem to be ignoring the “small” in small form factor. For example, the Fractal Design Node 202 and Silverstone RVZ02 do a good job of cutting some lbs. compared to cases like the Bitfenix Prodigy, and the recently launched Fractal Design Define Nano S. However for some of us, they are still not small enough.

In the other hand, we have Logic Supply, a company that specializes in making industrial-grade cases.  Most of their products are made of rugged steel, while retaining modularity in the form of various mounts and panels that you can add on to each case.

When you put these two together, what you get in return is the MC600, a case I’ve wanted to test out immediately since I saw it.  It has a similar layout to the NFC S4 Mini, but is decidedly different than any case I have worked with before, the S4 Mini included. 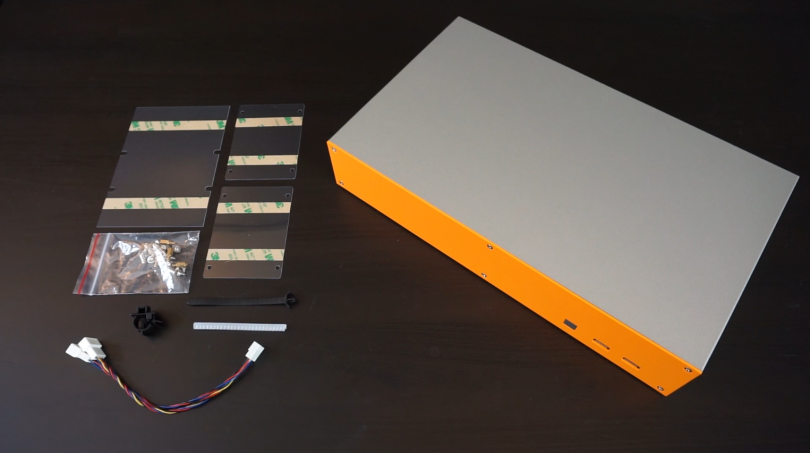 I tested out the orange and silver version of the MC600.  You can also purchase it in black, however, if you want something a little more subdued.

In the box, you will receive the following:

There aren’t a ton of accessories included, but there are no glaring omissions either.  All the bracketing is pre-installed inside the case, and it becomes clear very quickly that there is little room for anything else.

The front of the MC600 features two USB 2.0 ports, the LED back lit power button, and face plate screws.  You can really appreciate the industrial roots of the case with its exposed screws, and unadorned faceplate. It lends the enclosure a nice machined look, if that’s your thing.

The rear of the case is where the action is. Here we find punch-outs for power, antennas, serial or USB ports, and dual full height PCI cards. The left side is reserved for your motherboard’s I/O shield.

Each side of the case features dual 60mm fan slots. However, the motherboard side (right) does not have space for full height fans. 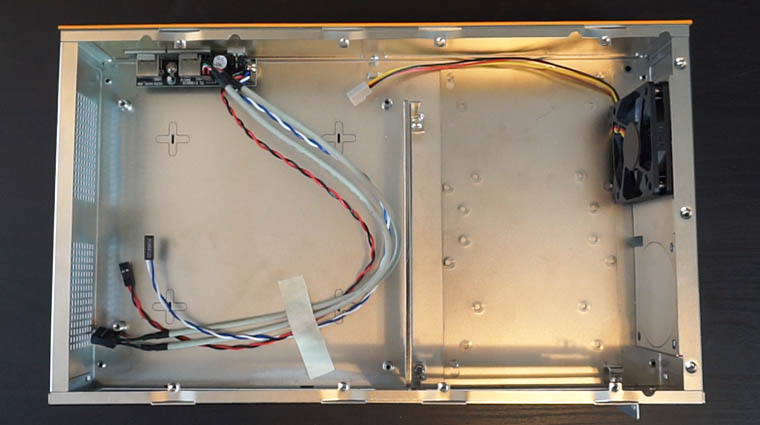 If you’re looking for a premium interior with rounded edges, this might not be the case for you.  The Mc600 sports an unpainted bare metal interior, which is fairly common for industrial cases. Be careful when installing your components, as some of the edges and corners are pretty sharp.

Logic Supply has included a 60mm x 10mm fan along with USB, Power, and LED cables. The fan is held in place by a removable bracket. There is also an additional circle punch-out slot available, for a second fan. 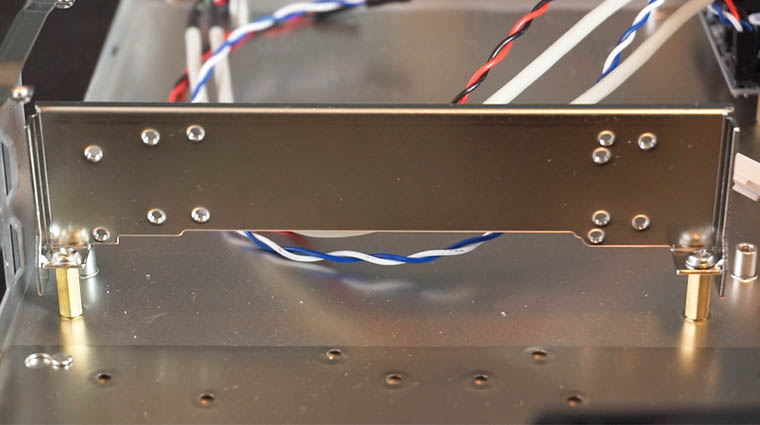 The bracket in the center of the case is for PCI riser card mounting. It is worth noting that a riser is not included with the MC600, so if you’re planning on using a discrete GPU, you’ll need to source one yourself!

If you purchase the riser card from Logic Supply themselves, it will line up and screw in perfectly. The mount provides much needed support for heavier cards. 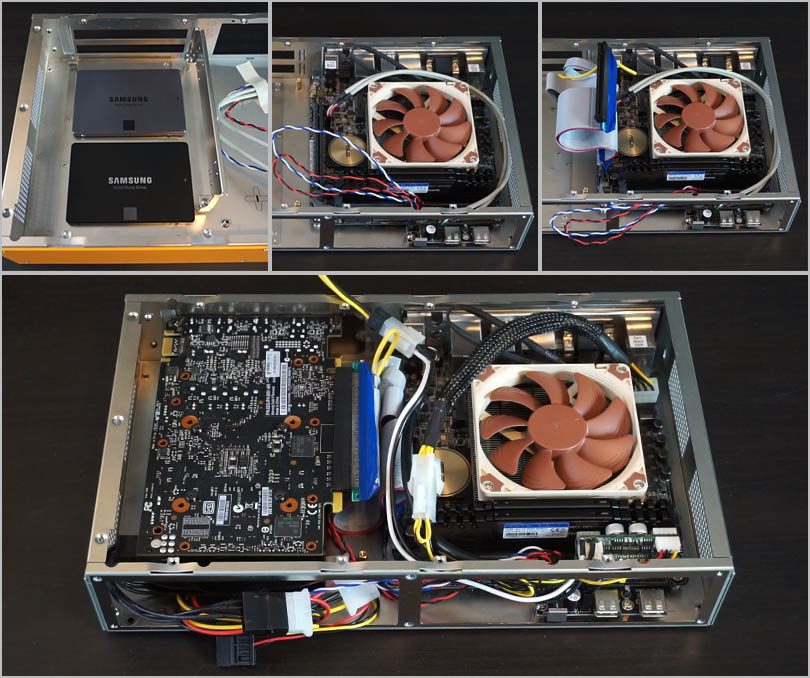 Due to how wide open the case layout is, installing your components in the MC600 is actually fairly simple, perhaps in contrast to how tightly all the components pack in together once assembled. I would recommend putting your hard drives in first, however, as they become completely inaccessible as other components are installed. Additionally, keep in mind that you cannot use the included hard drive bracket with a dual slot GPU.

(To get around this mounting issue, you can mount your drives directly to the base of the case, or buy an optional hard drive bracket from Logic Supply that places your drives above your GPU.)

The case accommodates full height, dual slot GPU’s up to 7.75″ long. Just make sure you have enough room for your power connector.

Finally, if you’re using a PSU with a minifit Jr connector – like the Pico 106xt/192w power brick combo – you will have to use a Dremmel or drill to make the rear power port larger, as it is cut for the more standard circular connector.

The Logic Supply MC600 is a very interesting case.  It is one of the few instances that I have received a product and had it perform exactly as I expected.

I must say, I liked the simple no-frills design.  The orange and silver color scheme has even grown on me, glaring as it may seem to observers.

For the components I tested the case with (i7-4790s/GTX 950) it was fantastic, and even in the absence of quantifiable measures, thermals were never a concern. However, I suspect that you could run into some cooling issues with more powerful parts, as a consequence of the restrictive chassis is a strict limit on the quantity and size of case fans you can install.

The MC600 is the smallest case I’ve seen with full height, dual slot GPU support.  It is thus a great choice for someone looking to build an HTPC, or portable gaming rig, even with its industrial-focused roots. That said, I would recommend something that offers more substantial cooling options if you want to use top tier, high powered components.

If you are looking for additional info, check out the video review or links over to Logic Supply below.