Noctua first showed off a prototype slim 120mm fan at Computex 2014, and at each Computex since they’ve shown off iterations of the design, but not this year. This year, Noctua has instead officially announced the fan, now designated the NF-A12x15 PWM and NF-A12x15 FLX (for the PWM and voltage-controlled variants respectively). So instead of prototypes, we will be taking a look at production versions of the fan at Computex this year, in person! 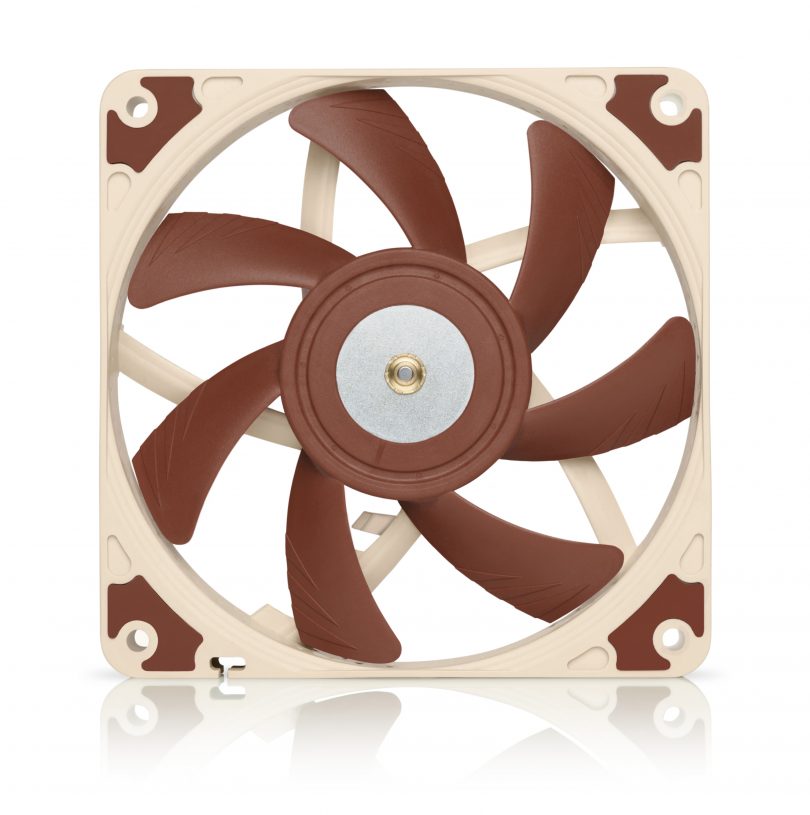 120 x 15mm fans are nothing new, but the reason I’ve been especially looking forward to Noctua’s take on the form factor is their SSO2 bearings (a modified FDB). All the other slim 120mm fans I’m aware of use either sleeve or ball bearings, and in my experience exhibit rasping or grinding noise as a result. My personal experience with regard to bearing noise on Noctua fans has been excellent, thus my excitement for this announcement.

Making their SSO2 bearings work on such a large fan width to bearing axis length ratio with the performance and reliability desired must have proved difficult though since this project had been in development for over three years. According to Noctua’s marketing copy, improving the fan stability to address that problem is the reason for the metal-reinforced fan hub, as can clearly be seen above. 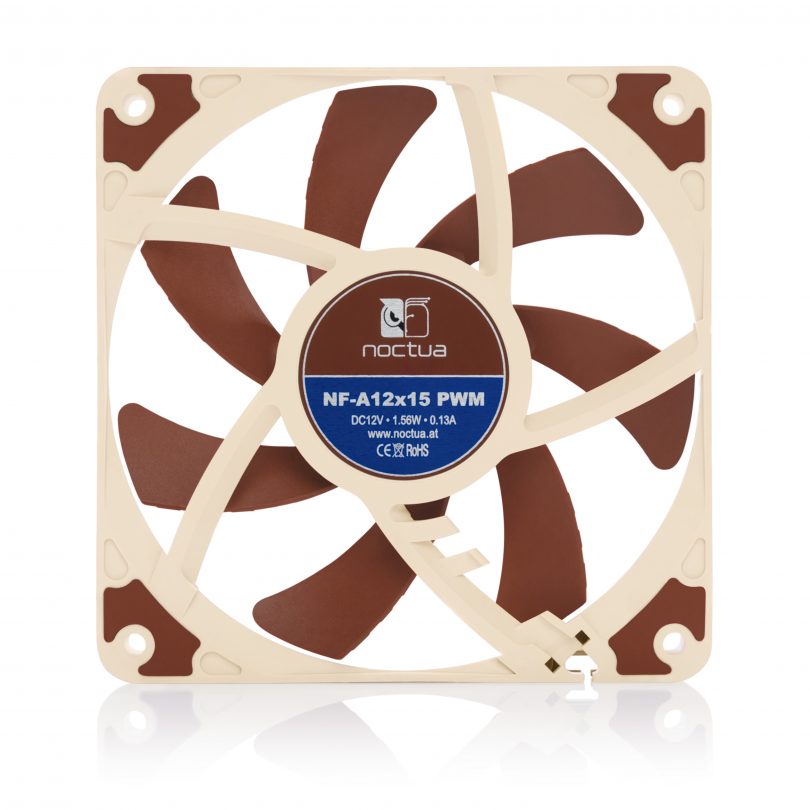 As mentioned earlier there are two versions of the fan, a PWM and voltage-controlled model. They both top out at 1850RPM with a corresponding noise level of 24 dB(A). Keep that (not so) famous quote in mind though before trying to compare this against other slim 120mm fans: “There are four kinds of lies: lies, damned lies, statistics, and fan manufacturer noise specifications”.

According to forum member Commissariat, Noctua support states that the NF-A12x15 FLX has a starting voltage of 6V and a running voltage of 4.7V (this is minimum the voltage can drop to after the fan has spun up for it to keep spinning). 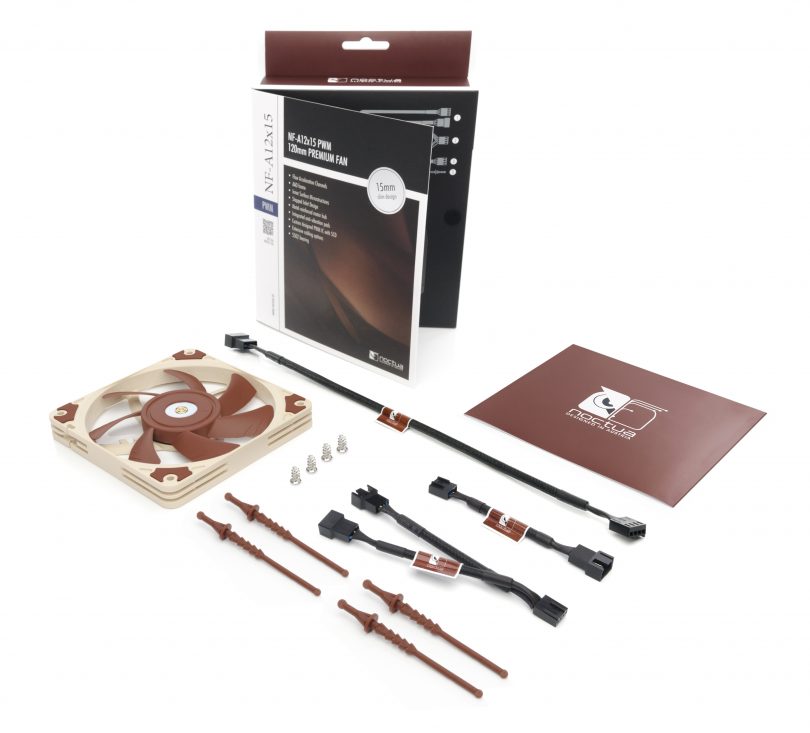 Both the NF-A12x15 PWM and NF-A12x15 FLX are bundled with an extension cable, the new NA-AV3 anti-vibration mounts (they feature graduated stops to accommodate different fan thicknesses), screws, Low Noise Adapter (fancy name for a cable with an inline resistor to reduce voltage and thus RPM), and have a 6-year warranty.

The PWM model also comes with a Y-splitter, while the FLX instead bundles a Ultra Low Noise Adapter and a 4-pin peripheral (“Molex”) adapter.

MSRP for both variants is $19.90/€19.90, and according to the press release they “are currently shipping and will be available shortly”.