Logan from Tek Syndicate is at the Corsair suite at CES and there have been a few tweaks and improvements to the Bulldog chassis since the last time we saw it. The aesthetic has been toned down with a piano black finish in place of the black with bright red accents of the original prototype. It’s a “little bit smaller” by “a few millimeters in each direction”. That would mean it’s still pretty big for an ITX case though. The cooling has been tweaked but I couldn’t really discern the changes from the video alone. There’s also a few other miscellaneous improvements. 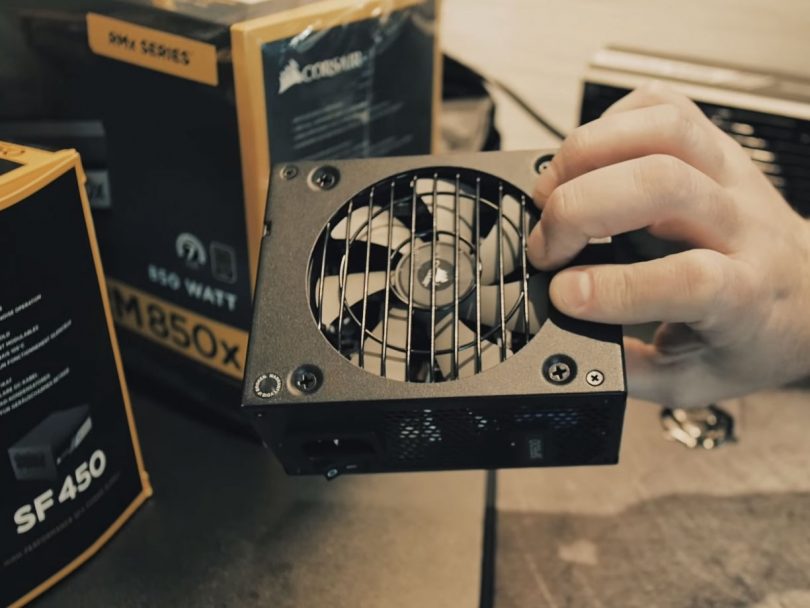 More exciting though is the status update on the SF600 power supply by Paul from Paul’s Hardware (starts at 3:28). The SF600 is Corsair’s first foray into SFF power supplies and it is a Gold-rated, fully-modular SFX power supply that manages to fit a semi-passive 92mm fan for hopefully quiet cooling. 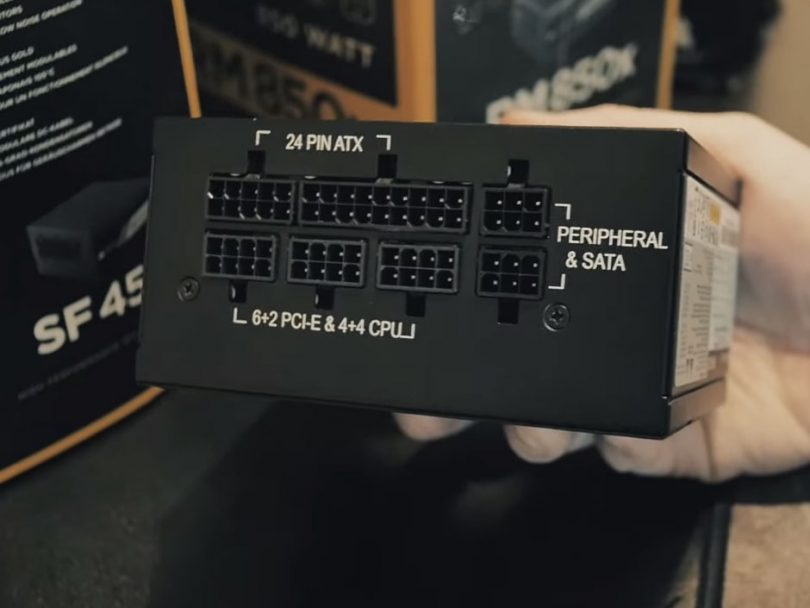 Apparently the reason the PSU has been delayed is so Corsair can fulfill their claim of all Japanese capacitors. One of the specced caps turned out to be manufactured in Taiwan so Corsair had to special order a batch of them made in Japan. While it’s a bit annoying for the product to be delayed over a little issue like this when likely the Taiwanese cap was perfectly fine (assuming it came from a reputable manufacturer), I can see why. Chieftec got in a bit of hot water last year when it was found that some of their early production 500W SFX-L units did not have the all-Japanese caps that they advertised.

Anyway, the delays seem to have been sorted out and the SF600 will be coming out in February along with a 450W variant, the SF450.

Edit: Tom’s Hardware has a post about this unit with some additional information. MSRP will be $90 for the 450W and $120 for the 600W and they will come with 7-year warranties. Also, the OEM is Great Wall and both units can output their full rated wattage on the 12V rail.

Edit 2: Looks like the PSUs won’t be available until the end of February. The first batch of units are earmarked for the Bulldog.