Tom’s Hardware has the scoop on Cooler Master’s take on a SFF AIO water cooler, the MasterLiquid Maker 92. It made a brief appearance at Computex earlier this year, but no details were available until now. Essentially it is a 92mm AIO, except instead of mounting the radiator to the chassis as in a typical water cooler, the rad and fans are stuck to the top of the block via a bracket. This may not seem that innovative in and of itself, but Cooler Master’s selling point with this unit is that the bracket swivels, allowing for either vertical or horizontal configurations. 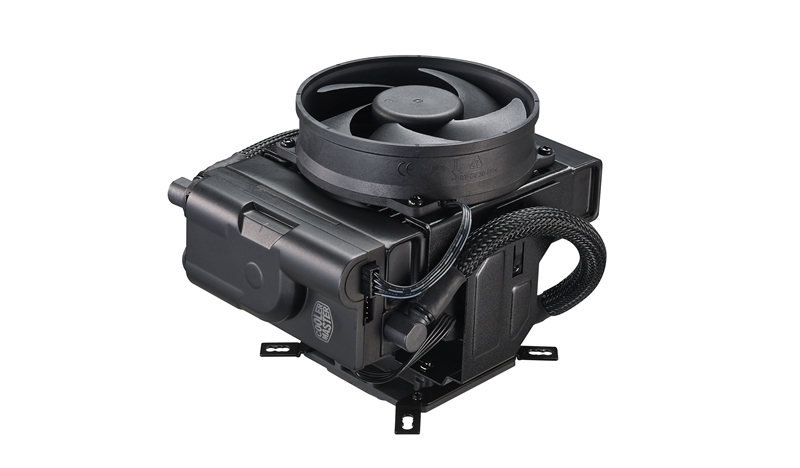 Dimensions are 99.9 x 81.6 x 167.5mm in vertical mode and 99.9 x 142 x 118.8 mm in horizontal mode. While this doesn’t result in as low of a profile in horizontal mode as Corsair’s 84mm tall SFF water cooler, the H5 SF, I also expect the MasterLiquid Maker 92 here to perform much, much better in both noise and temps than the Corsair unit. Not that it takes much to outperform the H5 SF in noise levels though, considering the very poor acoustics of its stock fan. 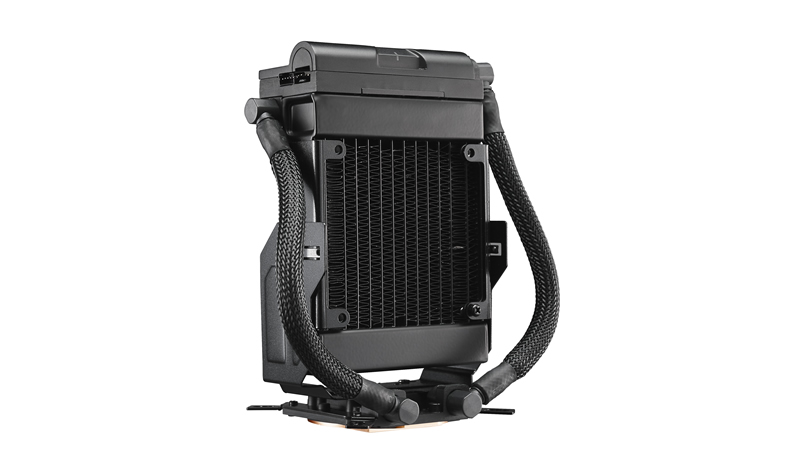 Part of how Cooler Master achieved this functionality is by moving the pump from the block to the radiator, allowing for a very slim block that provides room for the radiator to pivot above it. Conveniently though, this also avoids Asetek’s patent, which covers pumps attached directly to the block.

One major usage scenario I can see for this cooler is users starting with one of the larger Mini-ITX cases and wanting the flexibility to downsize to a more compact chassis later. In particular, this cooler would be perfect for going from something like the BitFenix Prodigy where the cooler can be in vertical mode, to the NCASE M1, which will require using it in horizontal mode due to the comparative slimness of the M1.

No word on price but Cooler Master is opening up pre-orders on August 30.