BIOSTAR announced yesterday their new RACING B150GTN Mini-ITX motherboard. As far as I can tell, it’s a variant of the H170GTN board that was shown at Computex earlier this year. The only differences I see at a glance is of course the Intel B150 chipset instead of H170, there is no slot for a wireless card on the B150GTN, and a more sensible U.2 port. Full specs are available at the product page here. 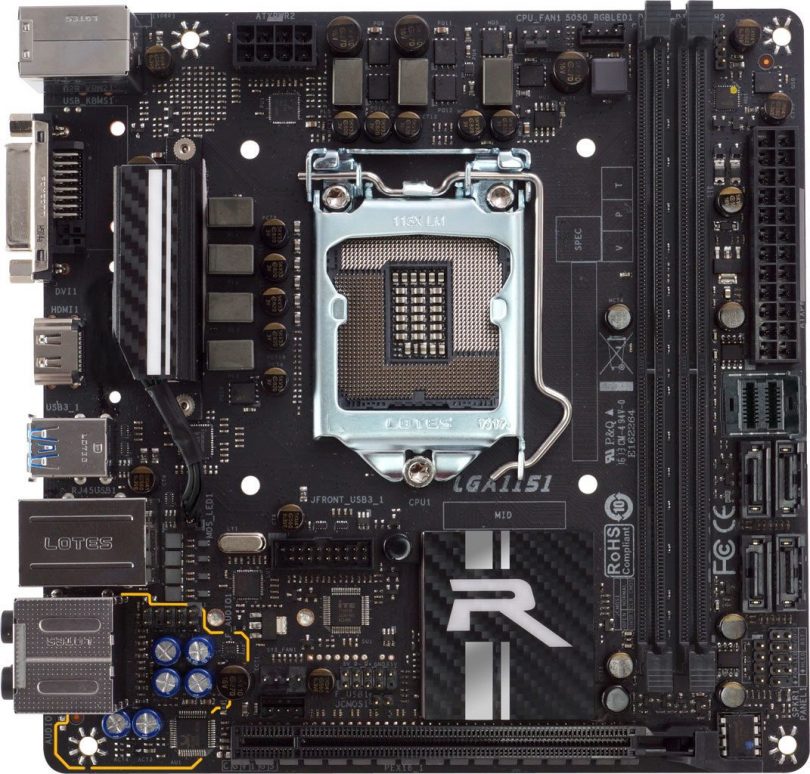 I’m really glad to see this board has a much more practical U.2 port orientation compared to the H170GTN. The B150GTN has it sticking up, which will make for ugly cable management but it will have much less problems with case compatibility. For some strange reason the H170GTN has the U.2 port sticking out the right edge of the board, parallel to the PCB (or at least the prototype does) which is certain to result in conflicts with various ITX cases that have elements of the chassis up close to the edge of the board. 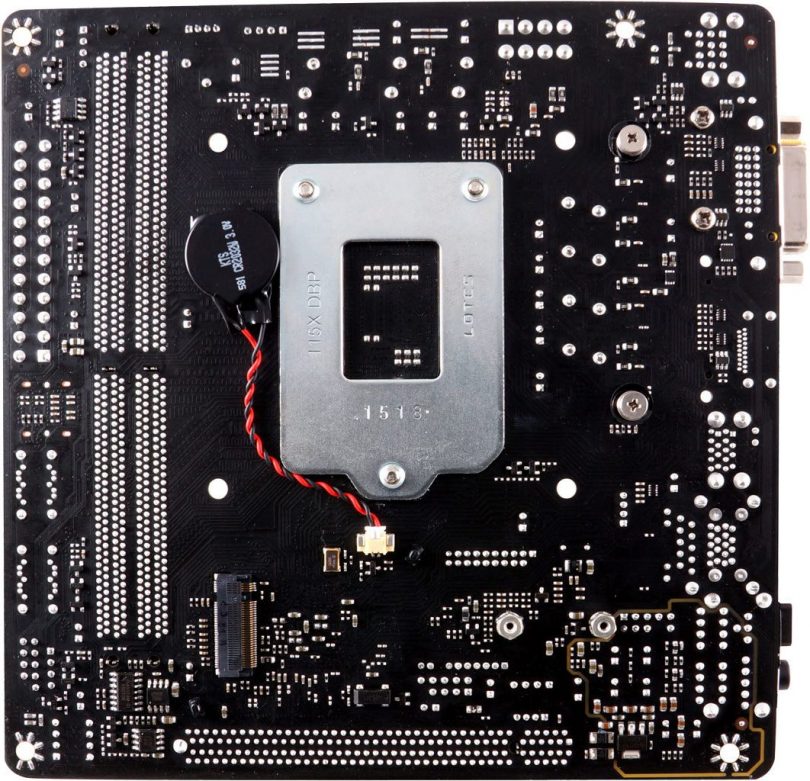 I’m still skeptical of U.2’s future for consumer drives, so I’m pleased to see that the B150GTN also has the M.2 port on the backside for Key-M SSDs in either the 2260 and 2280 form factor. Both it and the U.2 port are capable of PCIe 3.0 x4 speeds though if they’re both connected to the chipset I’m not sure if they can maintain full speed with high-performance drives if both ports are simultaneously.

Also visible on the back is the CMOS battery. While I think it makes sense to put it on the back to save space, I’m not so sure about having it right next to the CPU socket like that. It could interfere with the mounting backplates for CPU coolers.

The board also supports RGB lighting but it’s hard to tell from the pictures how good that looks in practice.

No word on price or availability.