When ASRock unveiled the DeskMini GTX back at CES they only supported up to the MXM GTX 1060, and when Drew talked with them power delivery concerns were the main holdup for supporting anything higher. 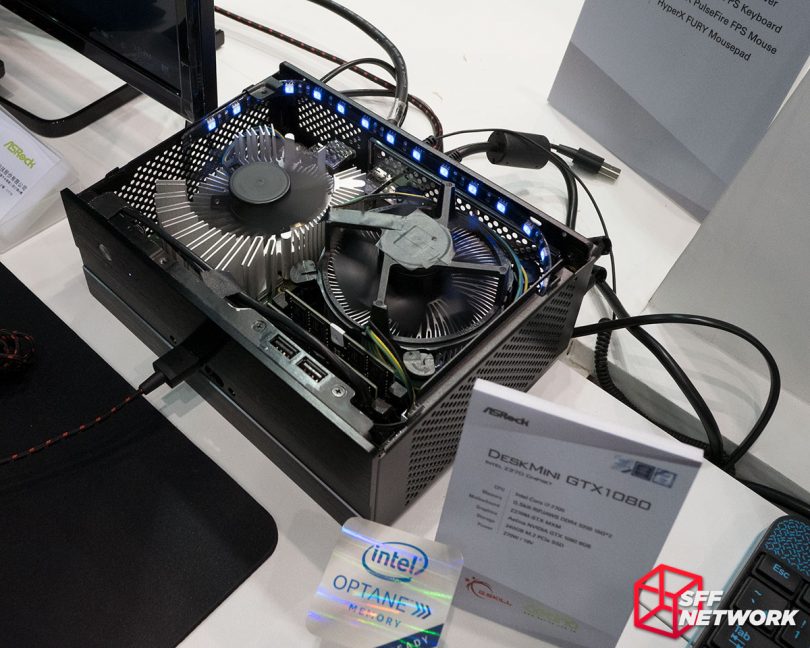 But those crazy guys at ASRock have managed to get not only the GTX 1070, but even all the way to the GTX 1080 MXM cards working in there! Even cooler, it does so while providing all the power through the MXM slot, without relying on some kind of clunky power cable setup. 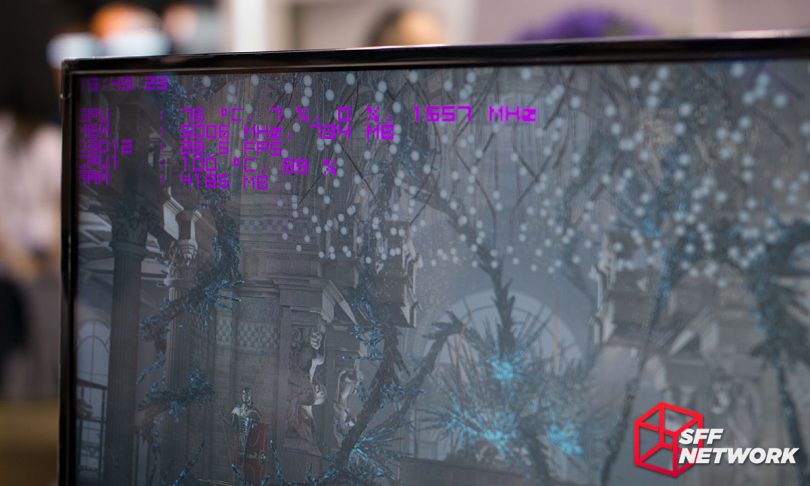 Under load, we were told the GTX 1080 will level off at around the low to mid-80s Celsius with no thermal throttling. Ignore the CPU temperature, it looks to be a sensor bug. 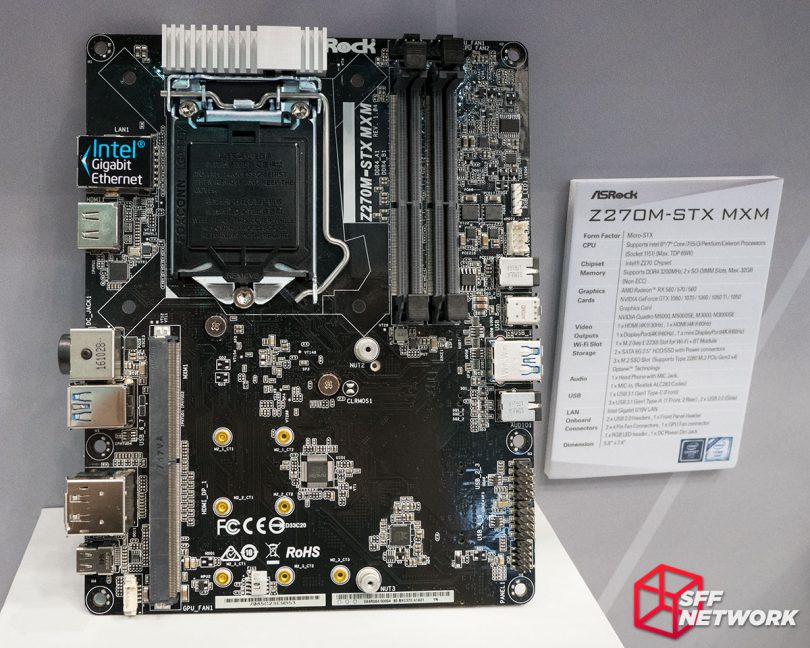 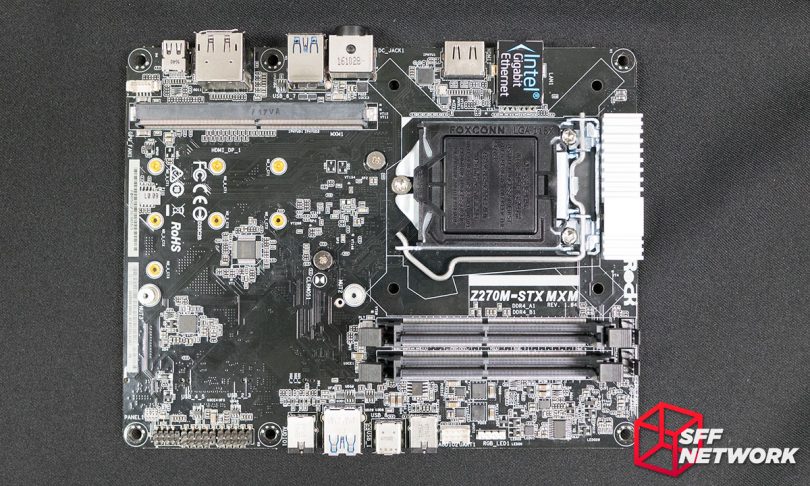 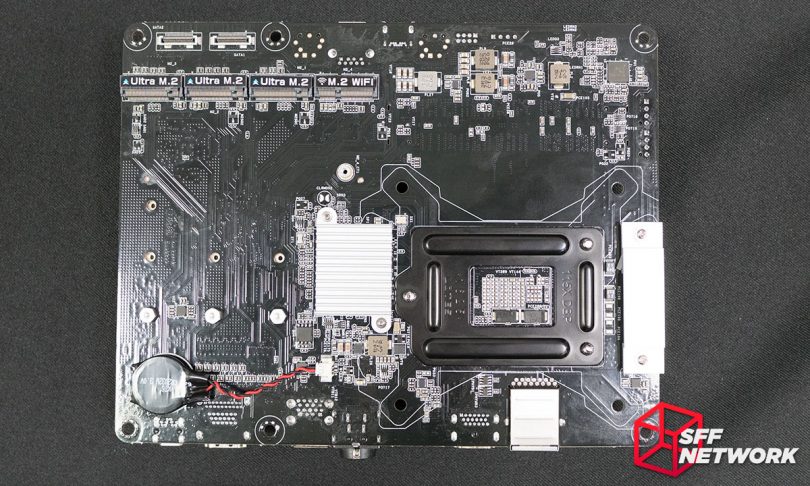 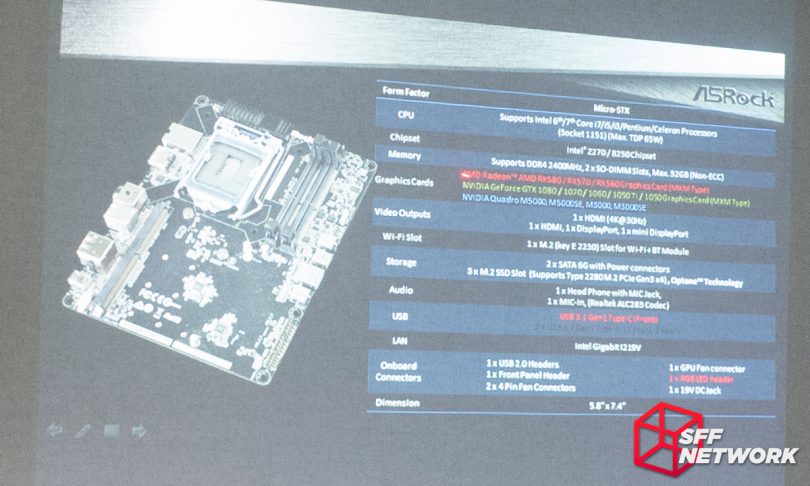 The motherboard itself looks much the same as when we saw it at CES, some headers and chips have been moved around or added but nothing major. One unfortunate change though is the release board will likely not feature a Thunderbolt 3 port after all, reason being that Intel’s certification program would delay the board’s release more than ASRock is willing to accept. 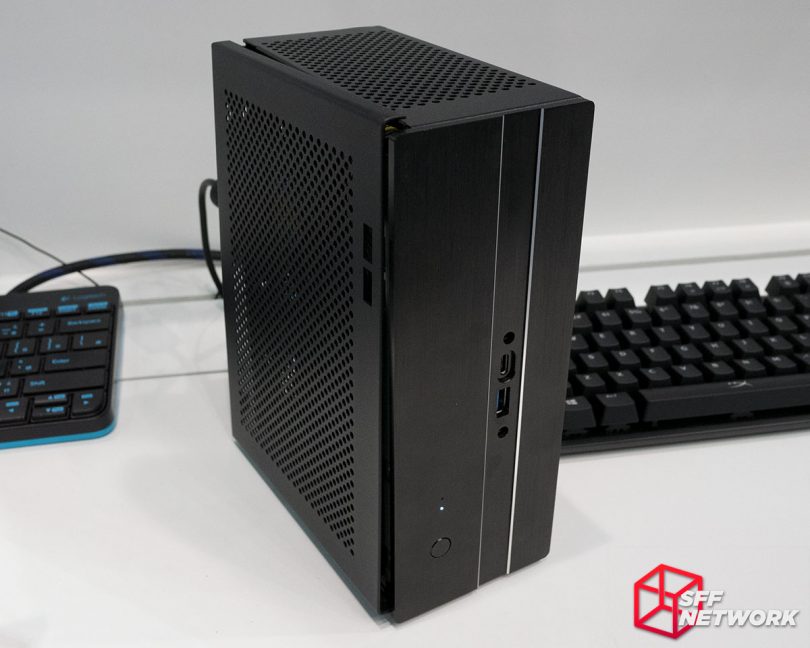 The chassis that comes with the barebones kit from ASRock is much more refined and elegant looking compared to the glossy plastic version we saw at CES. It’s nothing fancy, but I much prefer this new design. 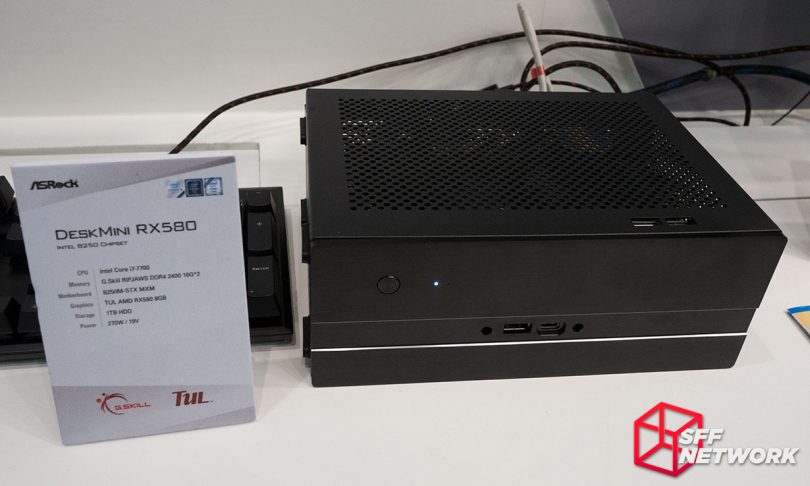 There will also eventually be versions sold with 500-series Radeon MXM cards. But they will come after the NVIDIA versions because according to ASRock there just isn’t demand from customers for the Radeons. Additionally, the better performance/watt of the NVIDIA cards is more suitable to this form factor than the current AMD offerings. But ASRock is looking forward to what Vega has to offer and they’ve already been discussing it with TUL, the vendor for AMD MXM cards. 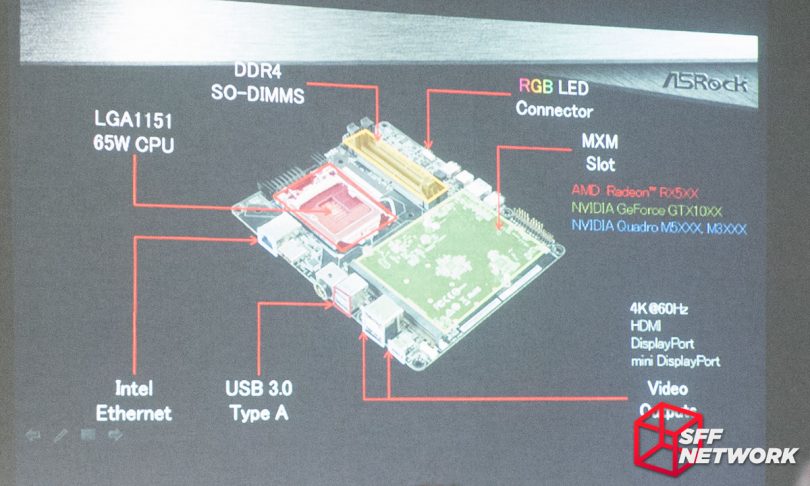 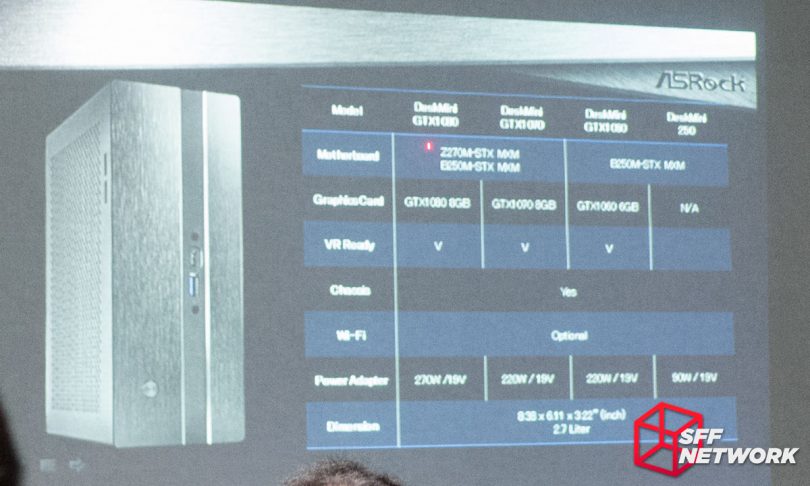 The main differences are the MXM card included (of course) and the AC adapter. The GTX 1080 model gets the bigger 270W brick from FSP, while the two lower GPU models get the 230W brick. The DeskMini 250 is a barebone kit that does not include an MXM card, but it’s not aimed at people sourcing their own cards. Instead, it’s intended for users who like the form factor for the 3x M.2 slots for the storage capacity and/or performance via RAID, and as such only includes a 90W AC adapter.

It also appears as though the GTX 1080 and 1070 models will have either the Z270M-STX MXM or B250M-STX MXM while the GTX 1060 and GPU-less version will only have the B250 board. This point wasn’t explained so I am not sure if there will be four different SKUs,  one for each GPU and motherboard combination, or how that will work.

And to be perfectly clear since there still seems to be some misconceptions floating around, the MXM card WILL BE INCLUDED (other than the DeskMini 250 obviously) so there is no reason to worry about availability of MXM cards to get the system up and running.

Now aftermarket availability for upgrading down the road is a very valid concern but ASRock has iterated that they’re working with the MXM card vendors Aetina and TUL to ensure there are affordable and readily available upgrade options for future GPU generations (like Vega).

Price isn’t finalized yet, but it should be under or around $2000 for the DeskMini GTX1080. It’s expensive, but packing a GTX 1080 into such a small space comes at a premium. Release date isn’t set either since ASRock is juggling timing with both chassis manufacturers (like SilverStone) and the MXM card vendors, but it should be later year.

Bonus pic from the ASRock presentation: 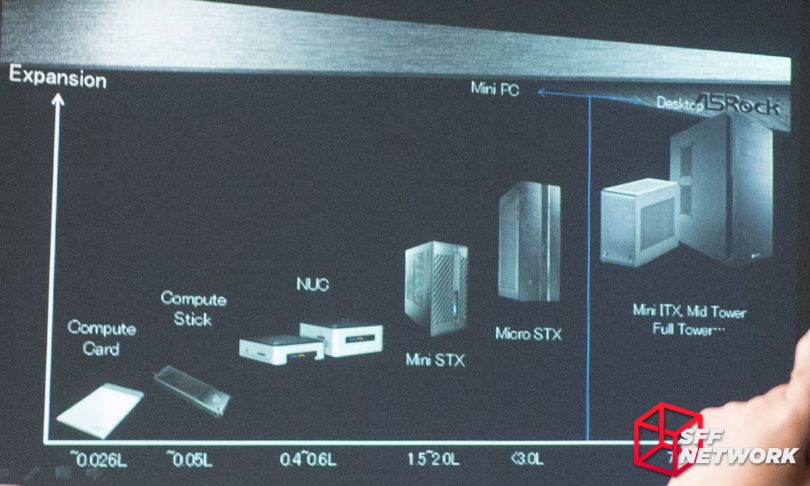 A certain someone is paying attention to recent SFF cases, hi Bill! :)

SFF.N depends on community members like you to stay online! Consider a one-time donation to support the site, or take a look at our monthly supporter subscriptions for exclusive perks and benefits!
Total: 300 (members: 38, guests: 262)