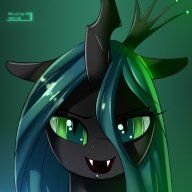 Has anybody had any experience with it?

Mind you, this is a server board, it doesn't come with some of the features we are accustomed to. Like an extensive user-friendly BIOS, decent fan controls or more than a few USB ports.

There is no XMP memory profile support for overclocking:

Yeah, I never expected a shiny BIOS/UEFI, but I'm wondering if it supports SLI. Being a server board that won't have been a priority and it might not be enabled In which case we're back to waiting, hoping.
Reactions: VegetableStu

If it's on display at Computex I'll steal one take some better photos
Reactions: Cutie DarkFae and VegetableStu
P

I have one that I've been playing with for a couple weeks. My use for it is an all-in-one Proxmox server running a NAS, router, Plex, and probably some other misc services like Unifi and Pihole. I'm still experimenting, but it's been rock solid so far. I've got passthrough working for an HBA and a Quadro P400. HBA gets passed to either FreeNAS or OMV. The Quadro will go to either a Windows 10 or Linux VM.

I don't know about SLI as I don't have two capable Nvidia cards, but the top and bottom pcie slots can run at 8x which is how I have it configured right now. The top slot also supports bifurcation into quad 4x. I'm toying around with using that to get a total of 5 pcie 4x slots, but that's probably on the backburner.

Here's the setup as it stands currently:

*edit* Also, they're in stock at newegg as I type this. They seem to disappear pretty quickly though *edit*
Reactions: maped and VegetableStu

i think i vaguely recall that SLI does not require specific motherboards to be compatible past a certain generation of chipsets or GPUs...? might be wrong on this ,_,