Power Supply Why do modular PSUs use proprietary connectors and cables?

Pardon my potential noobee question, but...

I did search online, but the discussion seems to end with "I don't know, but here are 20 posts that talk about how much trouble you can get into by using the wrong cables from the wrong manufacturer". It doesn't seem to be as pressing for tower builds since there is so much room to hide excess cable length that you rarely need to deal with custom cables (lots of money to be made in cable "extensions", though). This question seems more pressing for SFF builds where standard cables are just atrociously too long. The question when asked in a generic context also seems to revolve around "I would like this so I can easily swap PSUs in my tower case" which isn't very pressing because it is just a convenience, but the issue of "my SFF case is so full of proprietary cables that my fans can't spin" is a bit harder to ignore.

I ran into this with my recent Ghost S1 build, and while luckily there is a supplier who makes bespoke cables for the case, ordering the cables has an unnecessary extra complication of having to specify the exact model of PSU being used. (It would likely need to be specified anyway because the cable lengths are tuned to match the positions of the connectors, but the wiring shouldn't need to be customized on top of that.)

And, here's the thing. The other end of the cables are standardized, and you can buy generic cable extensions as a result. That is OK for tower builds that can easily hide the bulky supplied cable and use an attractively sleeved extender that peeks out through a wiring port, but it isn't the best solution for that use case. And widely available generic extenders don't help at all for SFF builders that need shorter cables. So, if the manufacturers can meet a standard at the far end of the cables, why not meet it at the socket on the side of the PSU case?

I can think of a number of issues that come up with trying to define a standard, such as:
And, to repeat myself, they do provide a standardized connector in any case. They just put a lot of unnecessary wire ahead of that standard.

I don't see any monetary reason to be proprietary with these connections, at least not from the PSU manufacturer's perspective. They already have to supply a set of cables in the box because of their proprietary choices anyway and they have to oversupply because not all cables get used in any build. While it may be less convenient to have to buy cables separately, I for one would be quite happy to buy a modular PSU with no cables (hopefully a few bucks cheaper) and then find the specific cables I need at reasonable lengths for my build. That search is difficult, if not fruitless, due to the lack of any standard on the PSU side of those cables. Even if they continued to supply a bunch of cables in the PSU product boxes, it would make it much easier to fully customize a build if you didn't have to deal with the many PSU output standards.

One could argue that some custom cable builders might lose business, but they typically offer much more value than just knowing how to wire for your PSU, and I'm sure the reduced complexity in ordering and making the cables would simplify their business anyway.

What am I missing?

Actually, here is a related question/partial solution. If you can convert from a proprietary connector to a standard connector along a cable, how about just doing it with connector inserts instead? Provide extremely short plugs that convert the "output port type A" to a PCIe connector and then use a PCIe extender. I've seen vendors sell 2-inch long "shorty 24-pin cables" for Corsair PSUs for instance and those could be coupled with an extender if you need something a little longer, but that could easily be done at the PSU case level. You get a PSU, a bunch of plastic adapter plugs (kind of like the Apple power bricks that have a chunk that you replace for international plugs) and possibly some standardized extender cables...?
Reactions: khanate 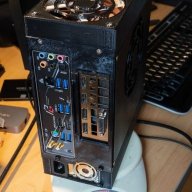 Likely that when modular PSUs appeared each manufacturer thought they had a better solution than whatever was already out there, that's the usual reason for multiple variations to appear. Or just out of convenience. Easier to route PCB with so-and-so pinout? ok, we'll make the cables accordingly
Last edited: Mar 23, 2020 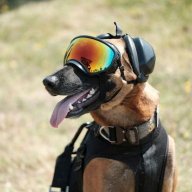 Every standard ATX or SFX unit uses the same Molex Mini-Fit connectors. None of them are proprietary.

What he means is that the pinouts and connector variants on the PSU side of modular cables vary between manufacturers and sometimes even models even if the same plug family is used, resulting in not being able to have one cable for all.
F

Yes, they have the same connectors, but the wires are in different pins. This is actually a bad thing because people have fried their systems by swapping PSUs and thinking they were interchangeable. If only they'd have keyed them to prevent that, but they didn't even go that far. Currently, it's just an incompatibility that makes no sense and is waiting to hurt customers.

How many people are frying their systems by swapping PSUs? How often are they swapping them?
If I bought a new PSU for my system and it came with it's own cables, I would definitely use them.
F

Jello said:
How many people are frying their systems by swapping PSUs? How often are they swapping them?
If I bought a new PSU for my system and it came with it's own cables, I would definitely use them.
Click to expand...

I don't have a statistic, but there were reports in the threads I found when I googled it. As I said, so far the question has only been asked in the context of "why are they different because I'd like to just swap PSUs in my tower case". Then the reports of frying systems come out in those threads.

Jello said:
How often are they swapping them?
If I bought a new PSU for my system and it came with it's own cables, I would definitely use them.
Click to expand...

Not swapping regularly, just replacing a broken one. If you buy a replacement PSU and the cables fit it's pretty normal you'd want to keep the cables that are already in place to avoid redoing your entire cable management. But that can lead to disaster becasue of the lack of standard.