Who gets to invent new form factors for the PC industry?

For years, the form factors of the modern PC has been standardized reaching from mITX up to EATX. And with the exception from server motherboards (which are also in a way standardized) and OEM motherboards from e.g. Dell or HP nothing really happens in this space.

Until a few years ago when intel introduced the 5x5" (STX) form factor which has kinda revolutionized the SFF market place with AsRock leading the fight. So STX became a standard.

However, why is not more happening in this space? Please note! I do realize that one issue is the backwards compatibility where mITX is hitting the borderline minimum size to be compatible with ATX attachment layout. But let's say I made a form factor which would be size-wise in-between mITX and Micro-ATX providing more expandability than mITX while being smaller than MicroATX. Just as an example.

Or as I am dreaming up atm, an STX-size motherboard with more expandability and an actual PCI-Ex16 slot that would still be compatible with mITX cases if so desired; how would I go about to bring such a board to the market? Or is it just AMD and Intel that can invent new form factors? I mean, there must also be other, more skilled people with more resources out there that have come up with bright ideas, and yet we see now innovation in this segment. 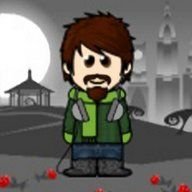 good question... Don't know but I think everybody can come up with a new form factor... Like Dell or HP for their desktop product... or VIA!

It's their success or not (plus their licensing model etc), IMHO, that make them universally recognized as a new form factor. For example, Seco made these boards (they have more with that form factor: it's called pico-ITX): SBC-A44-pITX and as you may realize reading here there are even smaller form factors... But they are more common in the embedded world, where other strenghts may be more important than PCIe compatibility...

In the consumer market in the end, it's share and projected sales that may make a company invest in a new form factor, smaller than mini-ITX... With the desktop market shrinking it's difficult to blame them for not investing in a range of new products based on pico-ITX to nano-ITX (for example) form factor. At least for me!
Last edited: Jun 13, 2018
Reactions: Mortis Angelus

In practical terms, any 'new' form factor today either needs to be nominally compatible with an existing form-factor (e.g. ITX could fit onto ATX board mounts,used the ATX backplate cutout, and took ATX power supply connections), or offer some capability novel enough to justify a compatibility break (e.g. mini-STX). Any proposal for "It's not compatible with [existing standard] so you need to buy everything again, but it's only marginally different" has effectively no chance of being adopted.


Mortis Angelus said:
Or as I am dreaming up atm, an STX-size motherboard with more expandability and an actual PCI-Ex16 slot that would still be compatible with mITX cases if so desired; how would I go about to bring such a board to the market?
Click to expand...

In practical terms: have enough money to pay a motherboard manufacturer to design and manufacture your desired board, and to pay at least one case manufacturer to design and manufacture a case for it.
If it turns out to be really popular, then it could become a new standard. If it does not, then it will just be another one of the many, many non-standard form factors littering the landscape (e.g. Shuttle's XPC form-factor, the custom boards used on Zotac's Magnus line, the many proprietary boards used in workstations, etc).
Reactions: Phuncz and Mortis Angelus

IIRC a bunch of the more esoteric mobo form factors that tend to see most of their use outside of the consumer sector are registered w/ the IEEE and maybe some others. 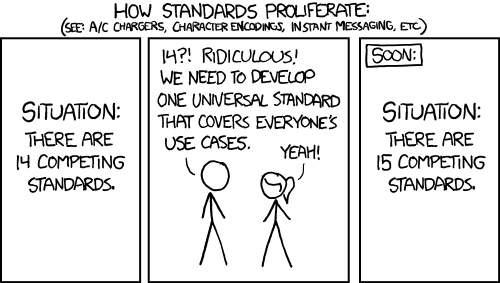 So you think we should stop innovating and/or trying out new ideas? And not sure I would call any of the standards "competing" as they have vastly different target customers. Albeit personally, I have a hard time swallowing MicroATX

No, the comment was in jest, chill . See here for my thoughts: https://smallformfactor.net/articles/editorial/pick-one-standard

confusis said:
No, the comment was in jest, chill . See here for my thoughts: https://smallformfactor.net/articles/editorial/pick-one-standard


By the way, the board you suggest between M-ITX and M-ATX is either known as M-DTX or Flex-ATX.
Click to expand...

Oh, I am sorry if I came off as aggressive. Wasn't intended like that at all. Was just a bit surprised at how your comment (to me) sounded like you didn't want more innovation - on a forum all about innovation.
Reactions: confusis

[SFF Network] Should We Pick One Standard?

How 'big' is small form factor?