What might be the best 1U (<30 mm) cpu cooler within reasonable noise?

Actually there are quite many choices than I imagined and 3 of them seem better to me. In near future, I may build less than 4 liter case with gpu and flex atx psu. So, psu fan will also make some noise probably. (I'm open getting some advices for it also.)

For the coolers I liked Zalman CNPS2X and Thermolab (Cooltek) ITX30 (only Intel compatible). Also, Thermaltake Engine 27 seems not so bad.
I saw also ID-Cooling's and Silverstone's models but not sure about them.

So, I'm waiting for your suggestions. If anyone used any of them tell his/her experience, I would appreciate it.
D

I think everything counts when someone wants to use an abnormally low profile cooler... what GPU are you using and why a flex PSU? If you use a GTX 1060 or lower low profile GPU for said 4 liter case you could just use the HDPLEX 160 AC-DC and DC-ATX converters. In the middle of this post I keep being reminded that everything counts, is something above the cooler, is there not enough ventilation, etc. So I see a few options.
If you have space for many 40mm fans then you can use a straight-up 1U heatsink.
If something is above the cooler you use a blower style fan.
Other than that, there's the option's you recommended but I think you need to be more specific, I'm not stroking my own ego lol.
Reactions: ondert

I see, to be totally precise, for my next build I would like to use this case;

For the psu, I don’t want to use external brick. My will is to keep everthing inside the case while making it highly small. These blowers make noise like hair dryer. I simply don’t want that. For gpu part, I want to go with itx 1070 at least.
D

Hmmm. That's an interesting case. Oh now I see, it's like a Dan case configuration but with a flex PSU. If you really dislike a flex PSU's fan then maybe replace it with a Noctua fan? That might help lol. Also there is a lot of ventilation considering it stands with the CPU and GPU perpendicular to the ground. The Zalman cooler as shown is excellent for that case, it's rated for 120w but that sounds BS. Even a 39mm L9i is clammy and can't cool an 8400 well enough from synthetic from what I've seen.

Prepare for buzzwords: Design over function? Hmm? It would work fine with a 65w and the GPU is a go, but meh. The way it's shaped around the IO Shield is funny, why not just cut the IO Shield and go even looooower. Go big or go small. 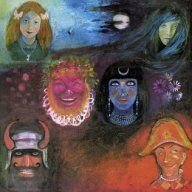 Scythe kodati (34mm) should fit inside the gallon pc but I don't Know if could be better than a cooltek itx30 or zalman cnps2x...

Edit
Look a this.
Scythe S950M is better than Noctua l9i in every situation and is very cheap.