GPU Waterblock for a 2060 with no official offerings? 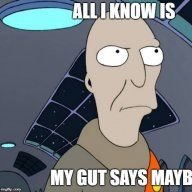 Hi all, I'm attempting my first watercooled system with a custom loop, in my second SFF build.

I'm using a custom case with tight limits on GPU length; a lot of the 'small' RTX 20xx series cards I looked at, were all around 170mm in length which is scraping my width restriction. I managed to find a PCIe slot length card which I didn't think they made...but now I'm obviously stuck with the issue of what water block to fit it with!

The card is a Palit RTX2060 6gb 'StormX' As previously mentioned it's slot-length, so only 145mm, and there are no officially produced waterblocks for it...I've looked at other 2060 blocks, and the boltholes don't appear to line up apart from the 4 immediately around the die*. Although the card won't be pushed that hard or OC'd, I'm assuming that leaving some of the mounting bolts out will give insufficient pressure on the VRM's. Obviously not desireable.

So the question is, does anyone have experience with 2060 waterblocks, and can think of anything that might be useable on this? Or...are there any generic 'die-only' blocks that people have used on their graphics cards, with any success? I could put heatsinks and airflow on the rest of the card if I did that.


* It was a long shot expecting cross compatibility, but there was always a hope; I've fitted a gtx750 cooler onto a gtx1650 before without modification...
Last edited: Jan 5, 2021 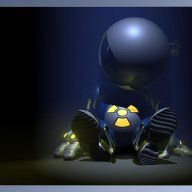 I have a Galax 2070 mini that I thought to watercool.... and found nothing that would work out of the box. You could mod something like this:

Thanks for the comment dude. I ended up buying a Barrow cooler that apparently covers a few models, 2060/20701660ti. With the intention of modifying it. But it's just too different, it'd be a waste to even try modding it to fit.

It looks like I'm going down the route of a universal copper block on both the cpu+gpu. May effect my temps vs. going with a decent branded cooler, but because of what I'm building in, and the card I have, alternatives just don't seem to be there