I am thinking of preparing some content looking at the best LP cooler under 50mm. My rationale for this is that I haven't been able to find anything like this on the interwebs and it seems to be a common bone of contention on these boards. I have the following coolers already:

Can anyone suggest any other coolers I would need to add to this to make the list more complete? The Silverstone AR-05 and ID Cooling VC-45 are the first two that come to mind, but I'm not super sure I want to bury another 100 bucks into coolers that I definitely will never use (VC-45 sounds particularly poor). Really I want to cover the popular choices and compare them back against the stock cooler. Also anyone with background on measuring sound, I wouldn't mind being able to monitor both dBA as well as frequency or timbre of the fan as I think this aspect is often as important if not more so than the absolute volume of the fan.

- Underclocking and performance --> Pick a few key benchmarks like Unigine Heaven/Valley, Firestrike and Timespy and run them with the CPU at a variety of progressively larger underclocks and with a selection of GPUs (GTX 1050ti, 1060, 1080). The rationale with this would be to see how much under clocking actually affects real world performance (FPS on Heaven/Valley) vs. synthetic benchmarks as well as thermals and power consumption.

- Fan ducting and heatsink shrouding --> Would likely try to run this using the Noctua L9i in an S4 mini. Would look at a narrow duct straight up to the case side panel, a broad shroud doing the same thing as well as a shroud over the fins and some form of sealing between the fan and the heatsink to see if efforts to increase both the amount of air passing over the fins as well as forcing air to travel the entire distance of the fin had any significant effects on performance.
Last edited: Mar 28, 2017
Reactions: Broxin and zovc

VC-45 sucks, good luck getting the fan on with the clips they give you. You could try the IS-40 v3 though.

Thermalright AXP-100 could be included? 51mm

I've only come across one test that included both the ar05 and the l9i, and the ar05 came out on top by what seemed like a significant margin. I'd like to see if it can be replicated though, as the ar05 didn't seem to show quite so well in other tests (that didn't include the l9i).

That said, I can understand if you don't want to pick up yet another low profile cooler. You certainly have quite the collection .

On a (somewhat) relevant note, I emailed silverstone inquiring if there were plans for the ar05 to get an AM4 adapter kit and recieved a reply saying no such plans exist. Noctua's site does say this:

"We also aim to provide an upgrade-kit for NH-L9a, but due to some late changes to the AM4 platform, it is not yet clear whether installation will be possible. We are currently exploring the available options and will provide more information at a later date."

I think it will be interesting to see which low profile coolers will become AM4 compatible once some itx boards are released. Maybe we'll have to wait for entirely new coolers to come out before we can get ryzen into slim cases.

The AR05 is not so impressive from what I have seen, not awful but just nothing spectacular. I currently have one on an APU build and a 2nd one that I use for testing. It's about 5-6 C higher temps than the AR06.

FWIW in those folks' review, and from the little bit of looking I've done after checking that, the Evercool HPL-815 is not explicitly compatible with Intel Socket 1150/1151. I don't personally know how 1155/1156 differ.

But! It's apparently AM3 compatible, which--if I'm not mistaken--means it could possibly be used on an AM4 socket?

Also, I'd be super interested in hearing about your methods for testing @Kmpkt. I'd like to start producing similar content myself and having multiple people trying to verify results would benefit everyone!

If you could swing it, it would be cool to see how the coolers perform with different fans, too.

zovc said:
But! It's apparently AM3 compatible, which--if I'm not mistaken--means it could possibly be used on an AM4 socket?
Click to expand...

There are I believe two motherboards available that support AM3 coolers, so it shouldn't be considered really. Especially considering you also need an AM3 backplate.
Reactions: zovc

AM3 and AM4 have different mounting patterns;

AM4 breaks the combo. Some boards may have compatibility with both through having 8 holes, but in no way should it be assumed that a given board has that.

Ordered the AR-05 today as well as the Arctic cooling LP11. Also got an AsRock Z270i Fatal1ty to use as a testing board. Planning to use AS5 for all testing as it's pretty ubiquitous and I have a fair bit of it already. As far as testing methodology goes, I plan to test every heat sink at stock to start on a 7700K unless I get mostly redlined. I will be using Prime 95 blender as my test and will stop testing when temps have been stable for 5 minutes.

For part two of the test I would ideally like to retest all heatsinks with a common fan (likely the Noctua 92x14). This will not only give us a better idea of which heatsink is best regardless of its stock fan, but will also be useful in determining which fan is superior the others.

What I would love to do for monitoring fan noise would ideally be noise at max but also frequency of sound being emitted since I think timbre of noise is often overlooked.
Reactions: GreatestUnKnown, zovc and cmyk78 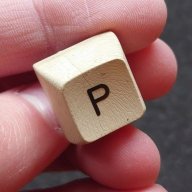 Kmpkt said:
Ordered the AR-05 today as well as the Arctic cooling LP11.
Click to expand...

The Arctic LP11 looks like a solid low-budget choice. I'm excited to see how it stacks up in your testing.

Honestly reviews of it were quite favourable and in terms of construction it doesn't look substantially worse than any of the others - copper base, copper pipes, aluminum fins.
Reactions: cmyk78

Awesome. I've been a little irresponsible with my budgeting so I have to put most purchases on hold for a week or two but I'll try to follow up and match as many of your tests as I can.
B

Thanks for doing this! By the way, since you have quite the collection of low profile coolers, could you check which (if any) of them have the same screw layout around the base? Like where the mounting arms attach.

I'm thinking it might be possible and fairly cheap to make metal arms that fit multiple LP coolers to make them AM4 compatible. I know back of motherboard mounting systems vary, but with small coolers you really just need a basic screw setup on the back of the motherboard similar to the l9i/a (right?).

I don't want to imply that I'm capable of getting something like this made, only that I spend too much time thinking about this stuff lol. I imagine that once itx boards and ryzen 5 hit there would be a lot of interest in a fairly simple/affordable adapter kit for coolers whose manufactuers seem to have ignored their low profile models when it comes to am4.
Last edited: Mar 30, 2017
Reactions: zovc

Awesome, looking for forward to your results. Thanks for taking the time and expense to do this!

edit: What cooler is in the top right above the engine 27? Feels like a lot to ask since this is obviously going to take a lot of time, but will you be trying some of the coolers with fan swaps? Seen a lot of coolers apparently get a jump in performance from using the l9 fan instead of the one they ship with .
Reactions: zovc 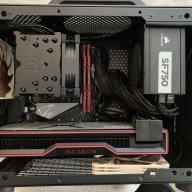 This is very cool! Looking forward to your findings.

If it helps /interests anyone:

I just sent an email to Cryorig asking about the AM4 mount kit they say will be free if you have one of their coolers and a Ryzen CPU. I have the C7 and would love to test it on my r7 1700. We will see what they reply with.

BeerNsoup said:
What cooler is in the top right above the engine 27?
Click to expand...

Had it in the office and just thought I'd toss it in to see what happens. I reckon it's gonna redline the CPU.

On a separate note, I bought a 7700T today and will be doing a piece in the future (as time permits) for determining how a K series chip being under clocked compares to a binned T chip.
Reactions: BeerNsoup
B

Ah, thank you. I wonder if the bigger heatpipes would make the x3 outperform the l9 when used with the same fan. From all the reading I've been doing it seems like the L9i's main advantage is a far superior fan to it's competition.

And T vs K at same clocks should be interesting... supposedly they should perform the same but I haven't actually seen it tested. Maybe one of the T or K series binned for more efficiency?