Some questions for a new DAN A4-SFX build 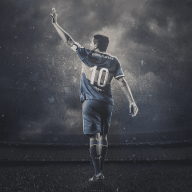 Hi there. I'm looking to build a DAN A4-SFX with these components:
I have already a mITX build (CM Elite 130) and it's very low on temps but I would to try something smaller (because I need it to be easily transportable).

I fear that I won't be able to keep the CPU temperature cool enough (would like it to not exceed around 70ºC so it lasts longer). The problem is, I want to have a only-air solution (I don't like AIOs very much) and I'm not sure if there is any combination possible (CPU cooler + case cooler like Noctua NH-L12S or NH-L9A and a Noctua NF-A12 or Noctua NF-A14).

What do you think about the viability of this build using only an air solution? If there is possible to keep this build cool with air components, what would be the best combination of coolers?

Sorry about asking a lot of questions, but I'm very indecisive and I would need some help. Thanks!
B

The Noctua L9a (with fan duct) can definitely handle the 3700x, however if you are benchmarking and gaming heavily the temps will go above 70c. I regularly hit 90c while benchmarking, but it never went above that, and never thermal throttled. The Cryorig C7Cu is probably the best you can buy, but you'll want a Noctua fan instead of the stock fan due to the turbulence it creates. You will get better temps with the C7 than the L9a, but not leaps and bounds.

I know you said you don't like AIO, but the Asetek 645lt really is amazing at keeping my 3700x cool. I have my radiator fan set to 10% speed until 70c and it rarely has to spin up beyond that.

If you really don't want AIO, and temperatures MUST remain below 70, have you considered an Ncase M1 instead of the Dan Case? I've owned both, and honestly the M1 is not that much bigger if you were to set them side by side. The Dan is noticeably smaller, but both are already pretty small. I love both cases, and will probably go back to an Ncase in a year or two.

I have a very similar setup as yours.

I have a dust cover on the side panel so it might impede the air coming in a little. I did 3D printed a fan duct but since it doesn't touch the side panel, I don't think it is actually effective.

Since I need 240fps, I kinda give up on the cooling

Will the bottom mobo fan fit?