Other SOLVED. I am using a M.2 extender in a mITX board, but it doesn't work, please help. 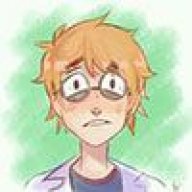 The M.2 slot is a normal PCIe slot, doesn't?

I have a mITX computer, and I need one more PCIe slot, for a 10GB ethernet card. So, I have purchased a M.2 extender in this web: http://www.era-adapter.com/m2-keym-to-pcie-x4-extender-cable-rightward-r4s-r2r-p-300.html, for using in the M.2 slot of my Asus Z97 I-Plus (at the rear of motherboard). The main PCIe x16 is for the graphic card, a Quadro K4200. That is how it appears:

But, it doesn't work!. With or without extra power, the new 10 gigabit card is no recognize by the system.
And I don't know where is the problem ??? Maybe the M.2 slot of this motherboard is only for SSD drives... In the bios there is not anything about this...

Please, anyone know anything about this? Is this config a good idea? or is a madness?

According to the spec sheet for your board the M.2 slot is a 10Gb/s M.2 and M-keyed which means it should work, albeit not as fast as you would like (PCIe x2 instead of x4). Have you tried other cards in the adapter and tried the Quadro that you know works in the adapter to troubleshoot yet?
Reactions: Phuncz

Probably a stupid question but what OS, are there drivers that need to be installed?

Well, I have been doing several test, the first was to put the Nic card in the pcie slot of the mainboard, and here it works great, no problem. Tested with my NAS and the velocity is 10Gb (Monitor in mainboard's DVI out)
The second test was using the extender but without bends, straight (the monitor in the DVI out of mainboard too), but again the Nic card doesn't work...
And the M.2 slot is OK, because before this problem there was a M.2 SSD...


jØrd said:
Probably a stupid question but what OS, are there drivers that need to be installed?
Click to expand...

No problem of drivers, in the motherboard's PCIe the card is working OK.

I am not sure, but it seems this exterder is damaged... The next step will be to get another motherboard and to test the extender.

I agree with @Kmpkt test your GPU in the extender with the 6-pin connector. It could be that the extender works (carries data signal) but the power doesn't.

jtd871 said:
Are you powering the extender with the NIC in it? The NIC will need the extender to be powered.
Click to expand...

Yes, I tried several times, with and without extra power in the extender, but is the same. The Nic card have not an external power connector.

Glad that you solved that problem.
Reactions: Veryaton

Motherboard Second PCIe card in mITX board with an extender