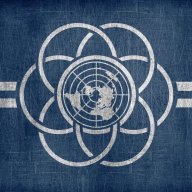 rubicoin said:
with this huge cutout, don't you worry about more dust getting into the case? i personally purchased a Silverstone Ultra SST-FF123B dust filter for my build (with no case cutting planned). i know it cuts the airflow by 35% or more, but for my 2200g this should be no big deal. will test it as my a300 finally arrives next week. anyone else here using dust filters?

nice build though, i like the beefed up vent on the noctua.

I have a dust cover that goes over the whole case while it's not in use.
R

Wesley88 said:
I have a dust cover that goes over the whole case while it's not in use.
Click to expand...

but dust gets sucked in by the vent when running much more than turned off i guess.
I

Gotagafan said:
Is your bluetooth strong with this card? My bluetooth is extremely weak but my card is probably faulty I don't know I'm tired for now will come back to it later... Only issue I have left.

By the way just finished my set-up. Similar to a lot of the recents builds : 3400g and 660p. Replacing a Nuc6i3, it's really nice especially with the Noctua fan. My deskmini is hooked to two 4k monitors (second hand LG 24ud58-b) and no flickering so far even in hdmi.
Click to expand...

I don't use Bluetooth much, so i can't really tell.
M

@rubicoin
Very good made ! Removing grill is good choice.
I think about to drill all holes above cooler up to 5mm. Described it here --> #491.
Or remove grill completly, as you did.
It is not much more dust, cause the fan rotate much lower
Overall, you safe wattage and noise.
Asrock or AMD coolers rotate with ~2000 rpm at office usage, +2,5 Watt !?
my Noctua NF-F12 PWM, 120mm ~480rpm, only 0,6 Watt maximum.

Dust is no problem, my first A300 was running ~5 months, opened it last week to test new RAM for my second A300.
There was very little dust inside, most of it stuck on my copper.
Bought another Noctuas very cheap, second hand, for my second A300 and 1 reserve
Meanwhile, the fan is only weighted with the weight of the 4 long screws so that it does not fly away.
I'll screw it to the housing or tie it with a cord.

For me it's not about making the device as small as possible.
I want it to be very quiet and energy efficient.

For USB-2.0 expansion used Audio hole.
This makes it much easier to open the device. For later cleaning
Last edited: Jan 25, 2020 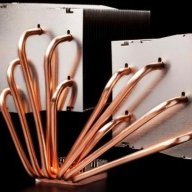 Quango said:
Does anyone else have these HDMI problems?
Click to expand...

Yes, Ryzen 3400G and BIOS 3.51.
Random black screen for 1 second. Happens once or twice day, sometimes after hours of ontime.

I am getting audible pops while listening to music over HDMI. Working on narrowing down the problem. This a known issue with the A300 or 3400G?

These are near the price/performance sweetspot imho.
Works fine in a passively cooled Case at high temps.

It all depends Generally:

Always get two sticks
I would not get 2x4GB anymore
2x8GB vs 2x16GB depends on your need for capacity but also on whether you want Single-Rank or Dual-Rank sticks. 16GB sticks should mostly be dual-rank, 8GB sticks mostly single-rank. Consult the vendor documentation if in doubt.
Higher than 2933 is possible, but the A300 has limitations with regard to achievable speed, the limitations are

1) Only supports discrete 1.2V or 1.35V for DIMM voltage
2) SOC Voltage rail suffers from high vdroop on GPU load
3) Board limits appear to kick in faster for the same CPU / RAM combination than on some full size boards

One appears to be generally looking at 3333 to 3466 being possible, depending on whether single/dual rank, voltages, luck, BIOS and so forth

With regard to a recommendation for a certain product, the plain Crucial DDR4-3200 SO-DIMMs

a) are very likely based on E-Die, which is known to be a good performer
b) some of the few DDR4-3200 RAM sticks on the ASRock Memory QVL
c) are some of the cheapest SO-DIMMs around on a price / GB metric
d) play nicely with the A300 limitations, because unlike other DRAM ICs the Micron ICs don't need voltage far above 1.35V to reach their maximum

The downside is that they don't come with XMP profiles. That means you will manually have to make all the settings. If you are fine with that I believe these offer really good value for money at the moment - they should take manual timings almost as good as the GSkill kits at quite a bit less cost.

If i had to make a selection now I would likely wait the couple days until Crucial officially unveils the new Ballistix line: https://www.crucial.com/usa/en/gaming-memory and check whether the new Ballistix SO-DIMMs look like good value - if not take the plain Crucial 3200 RAM
Reactions: d3w, m4758406, Curiosity and 1 other person
M

Is the Noctua NH-L9A-AM4 able to cool a 3400G in the A300 "quietly"? If there is a silent fan profile in the BIOS, and any "turbo boosting" is disabled on the 3400G, what is the max rpm of the Noctua fan when the CPU is under stress? I have tried to look for some youtube videos where people are using the L9A and slim fan, but I don't see any noise recordings.
C

Mackan said:
Is the Noctua NH-L9A-AM4 able to cool a 3400G in the A300 "quietly"? If there is a silent fan profile in the BIOS, and any "turbo boosting" is disabled on the 3400G, what is the max rpm of the Noctua fan when the CPU is under stress? I have tried to look for some youtube videos where people are using the L9A and slim fan, but I don't see any noise recordings.
Click to expand...

There are "Silent" Profiles in the BIOS, but I don't think anything that fits within the A300 case will be able to cool a 3400G inaudibly if you throw a severe workload at it, even with Core Performance Boost disabled. y-cruncher N64 will happily cause my 2400G (CBP disabled) to draw 65+ W according to Ryzen Master and it will throttle even below base clock, while at the same time still driving the CPU to 60+ C° over ambient all while the Noctua 92x25mm on a Jonsbo HP-400 heatsink is whirling quite audibly away at at it's max of 1800RPM not being able to stop temps from rising. If you want it to stay mostly silent at even the most stressful loads while still maintaining healthy temperatures you will have to underclock it to below base clock.

General productivity, running some VMs, leisure use, fan can be set to be mostly inaudible even with stock cooler. 3D gaming you should expect noise. If you go for the L9A and you want the lowest RPMs, consider a 25mm fan like @Wesley88 above, don't have to chop up the case right away.
Q 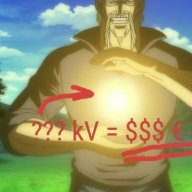 3200G (≠ 3400G) here, with the boxed Wraith Stealth. I've posted my fan control settings in this thread.
Whenever it's about to go idle I (automatically) put mine to transcoding, virtually 24/7, for months now. Which kinda says what I think about the VRM temps, and underutilized processing power.
The fan spins at about 1450 rpm – wattage is below 2.4W @m4758406, details in my previous posts –, the cpu sits at 62°C (20°C room temp). Even if it hit 80°C I wouldn't be concerned.

Don't give into over-engineering! Which also is a waste.

Goes for the copper air shroud as well, which is overkill and the copper will influence temperatures less than marginally. A crown made of hard paper or strapping tape will do, too. (I don't use one, see above for temps.)

And, Asrock's new SFF model caters to a less demanding crowd than the A300 imho.

I've still some data on one to be uploaded, and like to avoid buying an external enclosure if possible. I am aware consumer 2.5" drives suck less power (sth. like 1W vs 6W when busy) and am worried the tiny SATA connector won't be able to sustain powering the bigger drive.
Last edited: Jan 28, 2020
M

@LostEnergy
I am still waiting for this cable, ordered it some months ago.
I have some old Western Digital 3,5" Desktop Hard Drives and IDE-SATA-Converter-Cable.

You could just refer to the manual though:

ConsolidatedResults said:
You could just refer to the manual though:

Bit of a bummer, but given that using a 3.5" drive with an A300 requires some sort of hacky implementation to begin with it should be relatively simple to run a +12V line into the SATA power connector from an external source. Depends if the stock power cables are the crimp pin type or the squeeze-the-wires-into-the-connector type, but either way it should be possible if one really wanted to do it. Or I guess one could use a SATA power splitter and just solder a wire into the 12V wire on that (that would also work on the cable m47 linked above).

ConsolidatedResults said:
You could just refer to the manual though:

There's been changes in the standards, such as dropping the +3.3V line. Some drives might as well run off +5V alone. Might try it with my HGST He8 Ultrastar eventually, though its datasheet says both are required. I wouldn't be super surprised if they connected the +12V anyway, hence me asking. Worst case the drive won't spin up then.

I don't know if I'm going crazy, but wasn't there a post somewhere about powering a mini STX board using 12v?