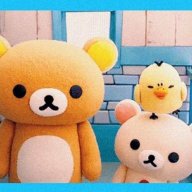 Picked up a 5600G today, swapped out the 4650G and spent most of the day in pure frustration. The release 1.2.0.3b BIOS (F13) for the B550I Aorus AX has absolutely abominable Vega 7 performance, can't tell why. Changed and reflashed, no difference. Lags at beginning of Valley, FPS drops like a stone every few seconds so Valley results suck (lows are TERRIBLE) compared to 4650G Vega 7 at the same 2275/2100MHz.

I've spent hours and hours testing this crap. Windows has been clean installed, drivers DDU'd and reinstalled multiple times between Radeon 21.6.1 (worked like a charm on 4650G Vega 7, provided perf uplift combined with 21H1) and Radeon 21.7, chipset drivers installed. None of those things make any difference.

The previous available BIOS is F12, which is 1.1.0.0D and woefully outdated - Gigabyte loves to put up beta BIOSes then pull them soon after. Had to dig into interwebs to find F13k beta as well as F13l.
Not thrilled so far with the BIOS bullshit, nor with the fact iGPU and IF are still hitting the same walls as 4650G. Was hoping for better daily iGPU/IF settings for iGPU use. On the bright side I haven't messed with the cores side so maybe CPU part will overclock well?? If not I'm seriously debating sending this back and maybe trying a 5700G

T
CPU I'm somehow scared of picoPSUs.. Are they safe for my system?

Hardware Dec 16, 2021
tanni
T
R
Motherboard GA-A520I-DASH - Is this a crossover Thin Mini-ITX? Does anyone know where I can buy one?