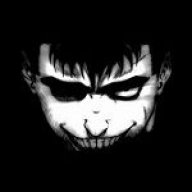 Wanted to present a little project I made a couple of months ago!

Being used every day for 8 months without a problem. Was stressful to make it initially, because something could have gone very wrong (had to cuts the cable and resolder to make them shorter for the build, cut the case etc.).

The noise of GPU is important during gaming though, I really wish I could change the card at that point.

Because of the removal of the heatsink on the HDplex unit and changed it for something a bit weaker overall, I wouldn't risk something higher than a 3060/2060 (~160W) on this case in term of TDP.

The plan was initially to change the RX570 which comes from an older build and replace it with a newer 2060/3060 but with the shortage of GPU I'm stuck with it for a while...

The final goal would be to have a GPU that has a backplate to make the build looks more coherent with the card being outside. I have also thought of a more elegant way to hold the GPU in place than the current rubbish piece put underneath the GPU to elevate it.

I'll put it to work when I get to change the card, for now, the piece underneath does the job and the current RX 570 doesn't inspire much effort to make it better anyway. Hopefully can change the card soon to really finalize the build!
Last edited: Mar 9, 2021
Reactions: mcpradeep