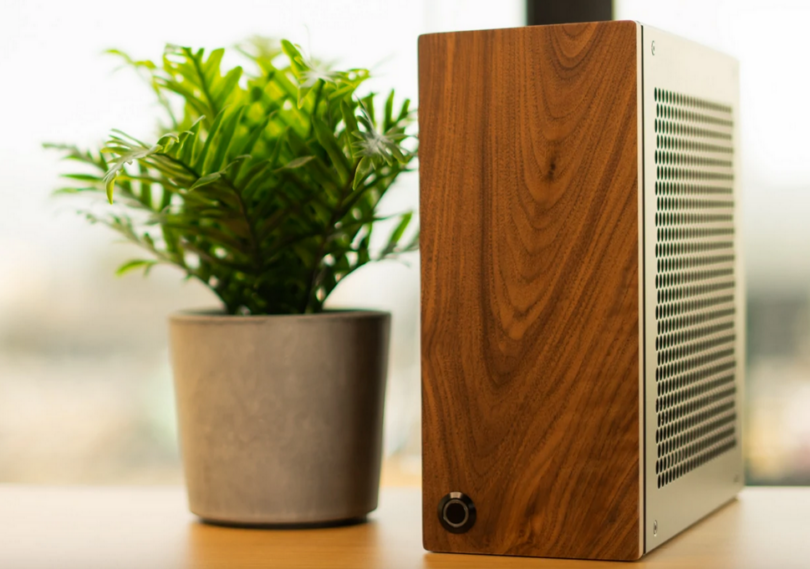 
The original Densium 4 has just arrived and a new revision is already in the works. Learning from the last prototype, the second batch of cases will include support for dual orientation PSUs, and a USB 3.1 10gbps front panel port. However, that is just the tip of the iceberg for the changes. Check out the list from the SFFN thread. I've also posted it below this article.

The first version of the case has just arrived to many backers as there was a shipping issue that caused damage to some of the cases. To Densium's credit, they absolutely stepped up and addressed the issues including an issue I had with the one I ordered. It's great to see Densium not pushing the design forward and perfecting it.

Though I was pretty happy with the V1 of the Densium 4 it was immediately apparent that there was some flaws and some 'low hanging fruit' for improvements. After many great suggestions from here at the forum and r/SFFPC, I knew I had to make a revised design for the 2nd batch.

Of course, as a lot of people liked the appearance of the V1, so I've done my best to keep the exterior as untouched as possible.

As I was starting out I felt restricted by the uncertainty of the project, as I didn't know what to expect in terms of sales, engagement ETC.
After seeing this much interest, engagement and (a lot of) support, I'm much more comfortable taking bigger 'risks'. This enables me to make bigger commitments, such as a more expensive design with more features and higher quality. If you've read the changelog for the V2, it should be apparent that there has been some major upgrades.

As a result of this, I've added some costly features which in turn means I've got to increase the price a fair amount. Of course, the great improvement to extra features and quality will make it justified, I'm sure you all understand.

As I lost most of my margin to replacing damaged cases I'll need a small funding campaign for the new cases, but not as big as V1 (I think I need about 20 units). Of course there will 'early-bird' offers for those who pre-order. I think I'll be able to initiate the production in about 2 weeks, and we're looking at about the same production time as the Densium 4 (6 weeks). This time we'll hopefully avoid the factory being locked down during production.

The 'Densium 4 plus V2' will come later, but I'll order extra of all the 'non sheet-metal' parts together with the Densium 4. This will significantly reduce the production time for the 'plus' when it eventually enters production, as the sheetmetal can be manufactured very quickly.

The new website is being developed, and I'm looking to start the campaign as quickly as possible. The website will include all the details of the funding campaign and timeline.

I think I've covered everything, but I'll update this post if I should remember something I've missed - and of course, all questions are welcome.

All the changes have led to a slight increase in size. The new dimensions are now 103x225x93mm, resulting in a volume of 4.47L (increase of 4dl)
The size inrease will be equivalent in the new 4+ version. The size increase does not make a 'real world' difference, but actually makes the case even easier to assemble.
Reactions: confusis, pesta, Phuncz and 1 other person
Click to expand...