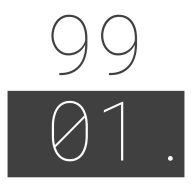 Well I finally finished my first SFF build (and first PC build since 2013)...

Not exactly well timed with Zen 3/Big Navi/RTX3000 GPUs out or soon to be released but I was sick of waiting on parts I'd probably have little hope in getting, and my old PC was starting to bsod more often (CPU overtemp, suspect AIO coolant had evaporated after 7+ yrs of use).


Coming from a Fractal Define R4, i7 3770k/Z77/H100i, RTX 2080ti FE (purchased on release as an upgrade to a GTX 690...yep). and SATA SSDs, this new build is a night and day difference. It's generally quieter but under load the GPU still gets loud even with a slower fan curve + undervolt. Hoping to deshroud a 3000 series or RDNA 2 GPU as the next upgrade. Overall responsiveness just feels much, much quicker. Probably a lot to do with going with M2 drives. Lightroom especially just feels so much snappier.

Things I still need to do:

I'm not really using much of the added features on the X570 (Gen 3 M2 drives instead of Gen 4, only 2 usb ports used on the rear, not heavily overlocking) so I really didn't need to get this. The other thing I didn't realize until recently, and why it pushed me to go with Zen 2 (at least for now), was that you would need to have a CPU inserted to flash the BIOS. The B550-i Strix has USB flashback which means you don't need to worry about BIOS compatibility with Zen 3 if you don't already have a Zen 2 CPU.

Honestly I don't really regret getting the X570-i, It's a nice board and should be more than future proof for my needs.

I honestly think some of my keyboards are bigger than the Ncase... 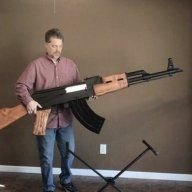 ninjapirate9901 said:
I honestly think some of my keyboards are bigger than the Ncase...

What size monitor is that? I saw your post on reddit and my jaw literally dropped this looks so damn nice
S

ninjapirate9901 said:
I honestly think some of my keyboards are bigger than the Ncase...

Hah it's TKL you're alright. My Logitech G series with integrated palm rest and keypad on the other hand...

I keep a second, cheaper, keyboard around just for portability/LAN parties.

Kallus said:
What size monitor is that? I saw your post on reddit and my jaw literally dropped this looks so damn nice
Click to expand... 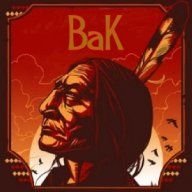 Volcano spotted! ?
Real connoisseur here, what a desk!
After seeing the latter, that backpack fan looks even more out of place IMHO!
Reactions: ninjapirate9901
You must log in or register to reply here.
Share:
Reddit Pinterest Tumblr WhatsApp Email Link