Hi guys,
i've been thinking about building a fully custom case PC since my teens. I finaly found the motivation and money to finaly begin my project. I ended buying used hardware and mouting it myself in a silverstone itx case to test everything before begining the case.

Everything was realy cheap, half MSRP or less.
Ram was used in my main build in 4x8GB for 3 week. In never got to stabilize it ant good speed but I still think it was not a defective ram probleme.
The Motherboard realy looked new, I inspected it every cm.
The PicoPsu was suposedly fine, I used a and PSU voltimeter and every rail looked fine, I cross checked against my Corsair RM650 and it was equal.
The CPU had 2 slightly bent pin... Not sure if it was already like that when I bought it or I did it my self, I sucessfuly restored the bent pin and made the CPU slide in is socket

Anyway, I mounted everything and jumped it, turned on and everything went fine. About 3 minute into the booting of my already instaled windows, the PC rebooted. I ketp working, update and HardwareInfo checking and it rebooted again, about 3 time in 10 minute. It looked like it was power failure, althought the CPU fan never stoped spining or slowed. I wen't in the bios, loosened the ram timings, voltages manualy tuned and tried diferente load line calibration, chaging from 4 to 1 helped a bit I think, but it was still realy bad, the PC rebooted about 20 time in an hour. I was getting lot of Window error due to improper shutdown and recovery was getting harder. I tried disabling Hypertrading, ram went down to 1933mhz (and infinity fabric to 966) but to no avail.
the only error I had was HWinfo reporting "Power Reporting deviation accuracy"; it was in the 25 to 50% range, after tunning the load line from 4 to 1 i got 25 to 300%...
I was already considering bringing over my RM650 to cross check the the PicoPSU and an RX550 for GPU, then I manualy tuned CPU to 3.0Ghz and it worked fine for 1h. I reenabled SMT for 4C/8T and run 2h withought issue (I can't update my windows anymore so I probably demaged the OS). That was yesterday.
Today I pushed the CPU to static 3.5 and brought the ram to 2400 and 3000mhz (and infinity fab to 1200 and 1500), still work perfectly fine with no reboot, will try 3200, 3600 and up later for the ram, and probably 4.0 for CPU, not sure if I realy need it.
The Power Reporting deviation accuracy of HWinfo disapeared after I made the CPU fixed, it no longer show where it should, and I realy regret not taking the screen shot...


Any way, anyone ever had a something like that before? Why static CPU clock made the trick? CPU voltage recomendation, please, I read 1.15 to 1.25 was good for 4.1 to 4.3ghz, 1.1 if lucky, 1.33 max. Recomendation for VDDP and SOC_V and load line calibration would be greatly apreciated, it's my first time with a Pico. 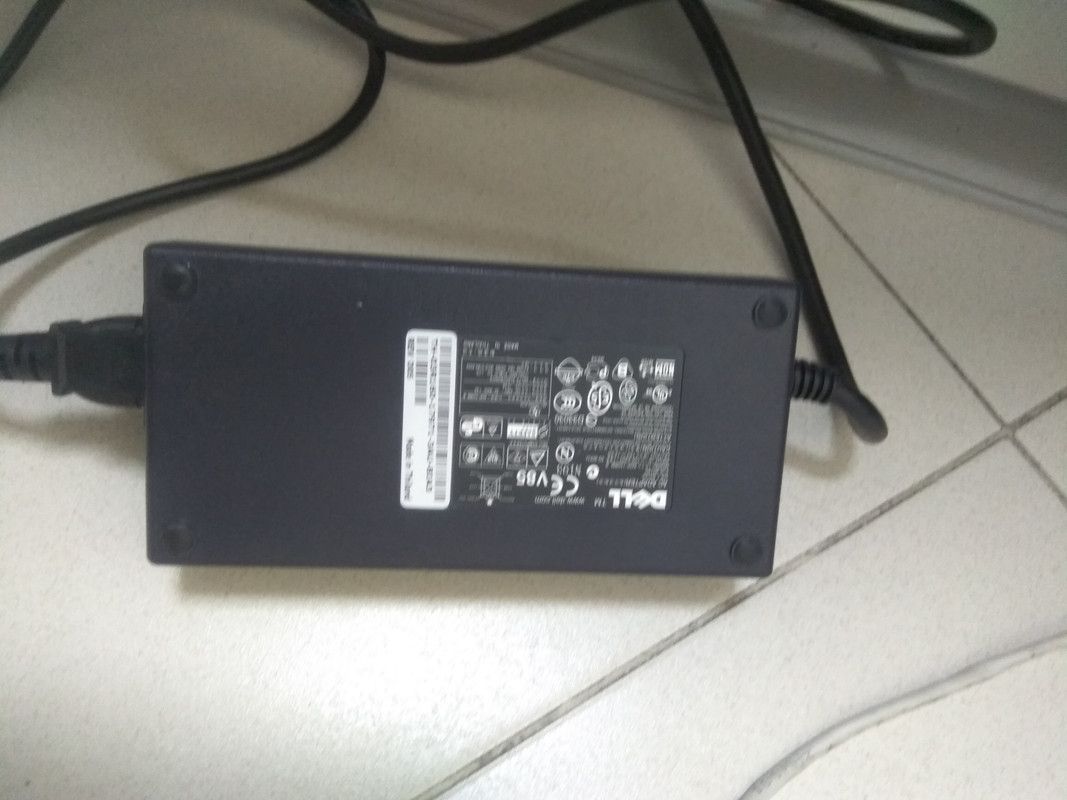 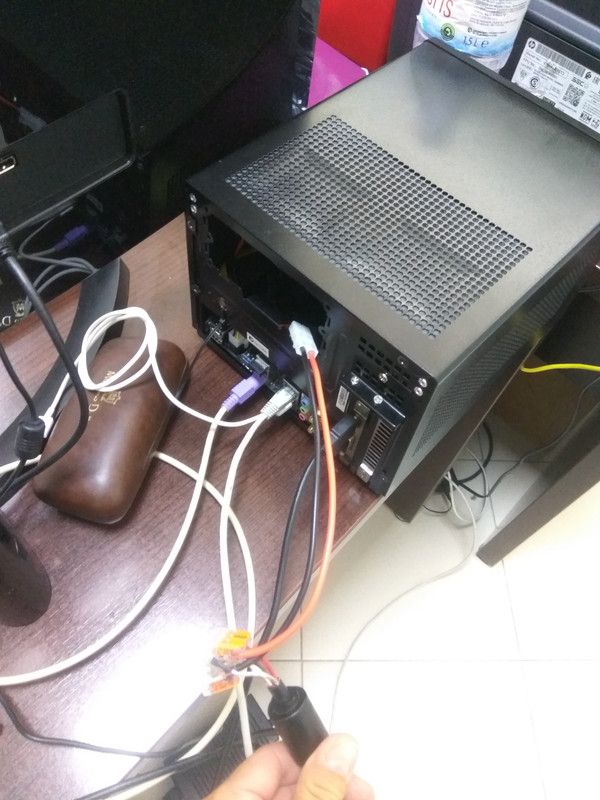 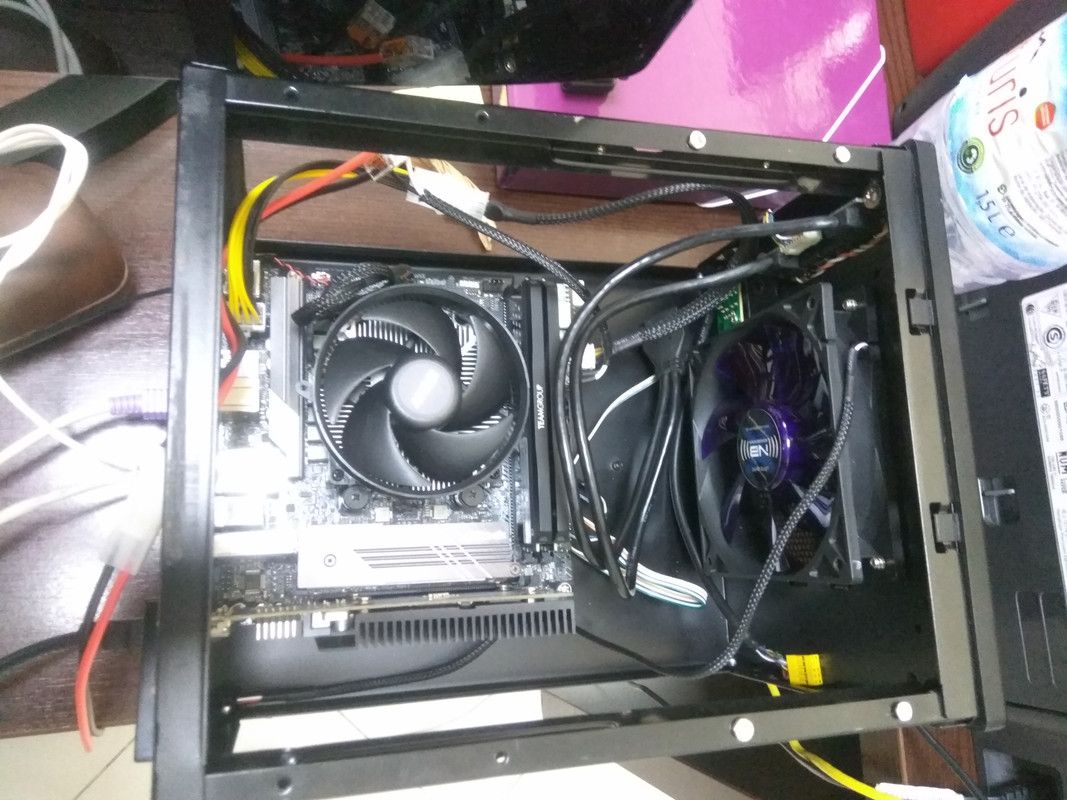 After 2 more day of full use, no probleme. I raised to 3400mhz ram and infi-fabric. I passer a MemTest86 400% sucessfully, so system is stable; it went to 70ºC with the lid on and the fan off. I removed the auxiliary fan in the processe of checking what was wrong. I also pushed the CPU to 3700 this morning, will push 3600 on ram and leave it overnight to another memtest86.

It's strange that my 12V rail is at 11.7V. both the Motherboard as the PSU-multimeter post the same voltage; ti's still "Intel-PSU guide" normal, as anything between 11.4 and 12.3 is good, but sound wierd. Anyone can check on a new PicoPSU
A

I was having dificulty updating windos, I tried everything for 3 hour but to no avail; since I had a spare drive and was spending more time fixing my OS than instaling a new, I ended up getting a fresh instal.
Since I was testing a new install, I also reseted all Bios config, so CPU was on auto. For the first 25 minute it was fine, no probleme or reboot. I fired Cinebench R15 to verify if it was realy fixed and it rebooted upon the first tile drawing... rebooted, let it finish the all updates, fired again R15, and this time it drew about 15 tile before reboot.
I reloaded the last Bios config, fixed voltage, fixed CPU 3.7, fixed RAM 3.6, and fired R15 again, it completed fully stable, so something is realy wierd with auto settings, will try 3.9ghz tomorrow.
I also passed a memtest 86 on 3600mhz, loose timing.

I screenshot a the power reporting deviation acuracy thing I talked earlier. Once again putting fixed voltage and frequency made the thing dissapear. 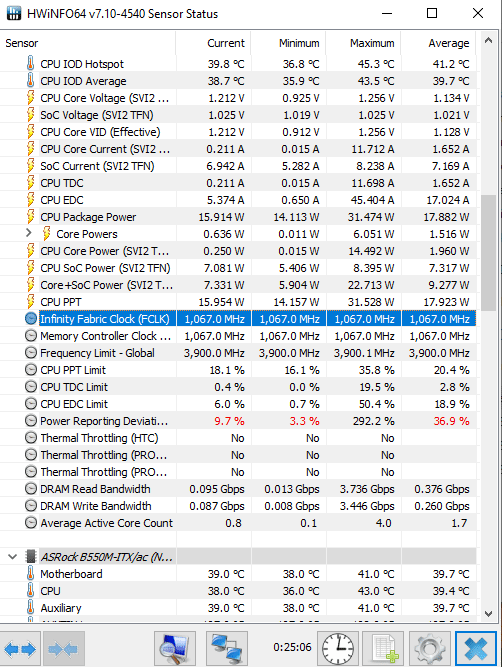 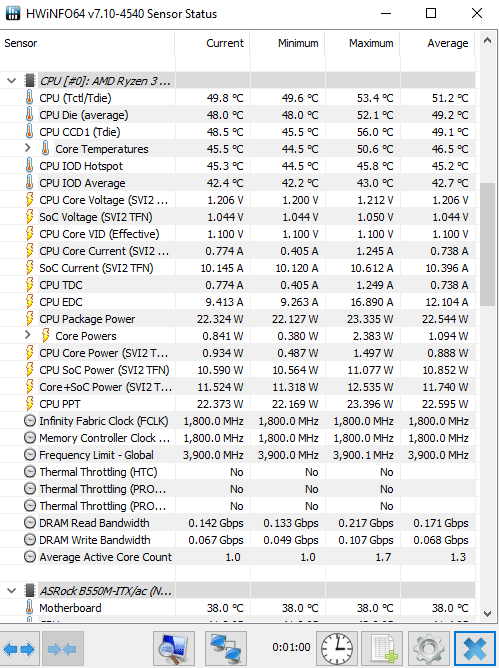 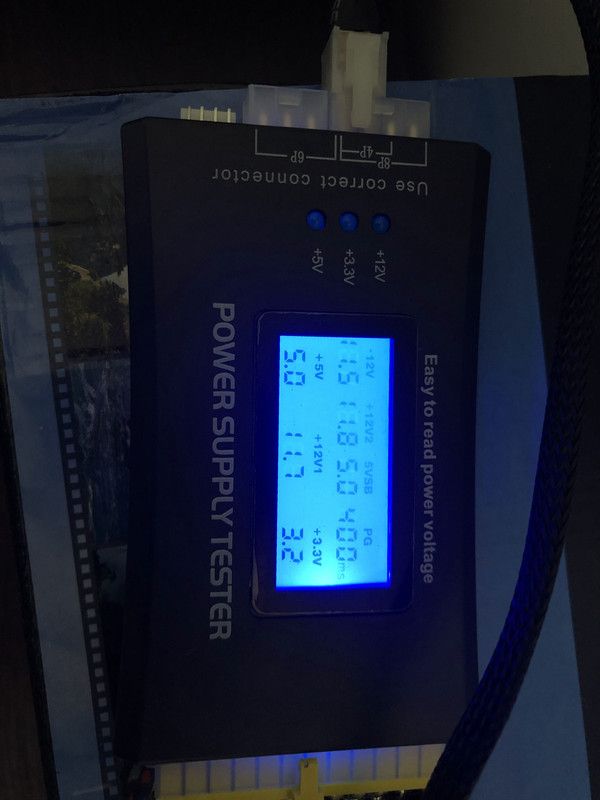 Anyone know the meaning of the PG 400ms, it's the only value really offset compared to my RM650.

Realy could use some help 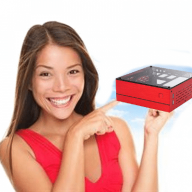 PG is the time it takes the PSU to report power good after powering it on.

For the deviation issue see here and the linked article.
A

After many try with no succes, trying every pair fo load-line, varying range of voltage on every line, I give up. CPU is fixed on 3.4ghz, can't stabilize over this.
Tried another PSU, GPU, 1 Stick of Ram, the other stick of ram, swaped everything and tried each dim slot.. alway the same result, as soon as I stress it some how, it restar. 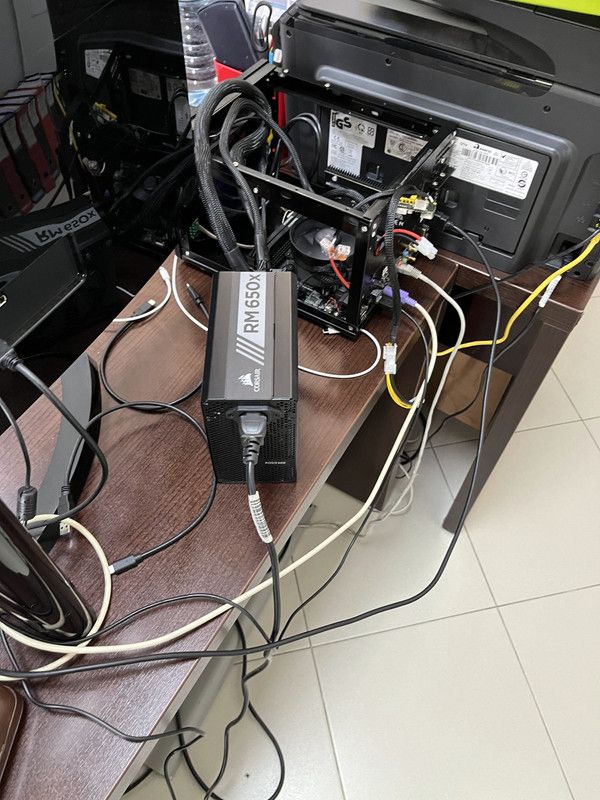 After many try with no succes, trying every pair fo load-line, varying range of voltage on every line, I give up. CPU is fixed on 3.4ghz, can't stabilize over this.
Tried another PSU, GPU, 1 Stick of Ram, the other stick of ram, swaped everything and tried each dim slot.. alway the same result, as soon as I stress it some how, it restar.
Click to expand...

So you basically swapped everything except mainboard and CPU? Maybe one of those is faulty?
A

Hi all.
I ended up spending a 5h testing all settigni could think of. Manualy seting each ccx at 3.0ghz, 100mhz base clock and 1.1v core gained some stability, no crash in 2 week. Eventualy some morning it became unstable again, either a upgraded the GPU and for some reason the whole sisteme lost stability or in chaged something I shouldn't.
Either way I ended swaping the CPU with my home PC, an R5-3600; after seting up everithing automaticaly, it restarted at some heavyer aplication. I put it at fixed 3.6ghz and it run fine for 2 week. I eventualy tried raising the RAm speed from JDEC to 3600 but it didn't worked. tried 2700 with loose seting and it working for now.
The R3-3100 ended in my home PC. It imediatly began to shut donw at random, donwcloked it to 3.00ghz at put the ram at 3600 and it worked fine for now, been ~2 week.
TL,DR, not good PSU, Bad CPU, Awfull Motherboard.
At this point I can close the tread as it behond the point of opening. I'll try to raise the ram and infinity freq and focus in actualy begin my project case
Reactions: infoberg