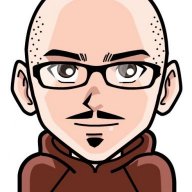 Hi, I have a Dan A4 (ver.4) from a year and a half now and I'm willing to "Noctuarize" her a bit in search of less noise and more performance if possible, so I would like to ask you for advice. My budget (wife) allows like 3 Noctuas, so here we go.

I currently have 3 IDcool 92mm fans http://www.idcooling.com/Product/detail/id/180/name/NO-9215 (wich are quite good, but 15mm wide) attached to the BlackRidge (as intake) and both bottom MB and PSU tray (as exhaust). Without having any Noctua to compare I can't say they are loud (except perhaps the one on the motherboard tray due to the closeness to the board itself, but that's been addressed with a lower fan curve on BIOS). On the other hand, despite the good performance of the windforcex3, the Gigabyte 2070 is quite loud when gaming (way louder than the other 3 fans mentioned before combined) and I would like to fix the overall noise a little.

My 4 plans here would be:

A - 3 x NF-A9x14 to replace the IDCooling ones and use them (ghetto mod) on the GPU (Although I'm more keen to dremel an IDCooling fan than a Noctua one to avoid the Display Port... I would keep the fan's inner rim to force the air go downwards)


Something like this --> 3 x 92mm ghetto mod <--​
B - Leave the 3 IDCooling fans as they are and put the 3 x NF-A9x14 on the GPU (I would avoid for all means to dremel the fan, so perhaps I'll get into some clearence issues against the front of the case)

C - (cheaper one) Leave the 3 IDCooling fans as they are and put 2 x NF-A12x15 on the GPU, perhaps getting even more cooling performance against 3x92mm ? (again, not dremel involved).

Thank you all the braves who had reach the bottom of the post and any comment will be very welcome! ?
Last edited: Oct 27, 2020

Will the bottom mobo fan fit?