Need to bounce this off someone: wait for next gen MB for TR3K, or get X399 anyway?

Threadripper's rumored to be announced on october later this year, and I'm looking to upgrade on that generation.
problem is (and the reason why the question is here in SFFN) I'm kinda not sure on the whole situation on mATX boards, especially with its disuse firsthand by motherboard vendors on X570, and doubly compounded by the fact that only one mATX X399 motherboard exists ,_, (also only one X570 mATX board)

get the Asrock X399M now:
+ Exists
+ Will support TR3K CPUs anyway
- PCIe 3.0 (I don't think I'd need it right now, but PCIe 4 would be a nice-to-have, especially for a long-term build)
- Previous-gen VRM design (think this might be even less of a problem on TR, than on Ryzen where older motherboards may not be configured to handle 12/16-core CPUs)
- If I were to buy one before october/whenever, I'd not have a CPU to test if the board's working or DOA ,_,

waiting gamble for a next-gen mATX Threadripper motherboard
+ would definitely be made to better support TR3K CPUs (power, memory, etc)
+ PCIe 4 (see other point)
- There's rumors of the chipset going up from a x4 connection to a x8 connection, which might suggest possible loss of an NVMe connection (I could adjust my build around this, but... mmmnn not sure why I don't like it lol)
- no public plans or leaks yet, so 50/50 chance of this happening
- if there're no plans for an mATX board and Asrock stops pushing out all X399 motherboards I'm royally screwed for threadripper now.


man it's things like these that I harbour a tiny hint of regret on my case option, but I'd definitely would have to deal with what I have ,_, the worst case would be for me to defect to X299 and build out a cascade(?) lake-X system instead, although I'd imagine I'd get somewhat less performance for the budget (just considering the Intel tax they have for quite the long time)
Last edited: Jul 23, 2019 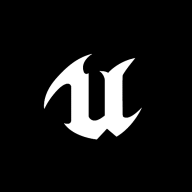 A
Hep in deciding of getting small PC or not?

R
The quest for unicorns in 2020: 3 slots mATX options for the Ncase M1