my Ncase M1 is almost here, ordered 19th september, shipped 21st september and on 2nd october it was near me but redirected to customs authority...

I own a 240mm AIO which works pretty well right now with 500-800 RPM for the CPU and pump is absolutely silent with 7V adapter. Best AIO mounting should be as intake and pull, that means side panel -> radiator -> fans as intake? I don't know if exhaus will be good as the case will be placed on my right on the desk, so warm air would be pushed in my face...
I further wanted to use an Accelero III, but several fan adapters do not work with any fans, onl with the original Accelero fans (and this combination does not fit into the case well what I've seen). I don't know if Accelero is needed as the v6.1 has pretty big ventilation holes on the bottom. But this way the hot air will be trapped in the case, doesn't it?

I can deshroud the EVGA, but same problem as I can't link my fans on bottom without software to the fan curve of the GPU... So the other option would be 2 slim fans on the bottom as intake? GPU is undervolted and overclocked and has in the NZXT H200 less space than in the M1 I think. Or will it work good enough with stock cooler without additional fans? I don't like loud fans... And I don't like things not working like the GPU fan header with 120mm fans... Seems a common issue with 20XX or EVGA Black cards. Just thought there will be no problem with Accelero III. Regarding new GPU, 30X0 seems not to be best choice as expensive, need new PSU and needs to much power and gets even hotter. Maybe AMD can suprise, time will tell. But I thin Accelero won't fit on these new cards. And GPU coolers are hardly produced nowadays...

So will stock GPU without fans and 240 AIO intake pull combination work or could i optimize it?

Maybe I will change to air cooling at the end of the year and do a window mod. Would it be the better choice with this hardware and stock GPU as hot air will be exhausted to back? 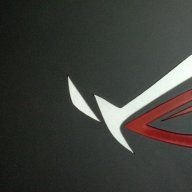 Why don’t you use the bottom GPU fans (after deshrouding) as exhaust and configure a fan curve for them through the bios tied to the GPU temp.
D

Original poster
I can't link to GPU temp in bios. Even AI Suite can't link it to GPU temp except you've got an ASUS GPU. But maybe a constant silent RPM could work?!

For 240mm AIO and Accelero III, all 4 fans as intake would result in best temp perfomance? Or bottom exhaust?

HotTubWithChampagne said:
I can't link to GPU temp in bios. Even AI Suite can't link it to GPU temp except you've got an ASUS GPU. But maybe a constant silent RPM could work?!
Click to expand...

My bad, if your GPU is not an ASUS, then the best option would be to set the fans at the maximum rpm they can be at while remaining reasonably silent but at the same time effective enough. Otherwise a separate fan controller software (but these usually are not free, although I’d recommend using one in such a scenario).


HotTubWithChampagne said:
For 240mm AIO and Accelero III, all 4 fans as intake would result in best temp perfomance? Or bottom exhaust?
Click to expand...