You are using an out of date browser. It may not display this or other websites correctly.
You should upgrade or use an alternative browser.
O

The temperatures I am getting seem concerning. I am using NZXT CAM to monitor the temperatures, as it provides an in-game overlay. I have the bottom fans below the GPU as intake. For the CPU cooler, the fans are on the inside and are set as intake. The orientation of the CPU cooler is as such: Side panel > Radiator > Fans as intake > Motherboard.

Idle
CPU: Fluctuating between 42°C to 52°C
GPU: 46°C
As I understand it from various Tom's Hardware, Linus Tech Tips, and Reddit threads, the fluctuating CPU temperature is normal for a Ryzen CPU, but regardless, should they be that high? There were some suggestions that disabling the Precision Boost in the BIOS would stabilize and lower the CPU temperature, but I don't want it to affect the performance during heavy workloads, as seen here: The performance impact of Precision Boost for AMD Ryzen processors.

I know Witcher 3 is a 5-year old game, but considering that I'm building this PC in preparation for the release of Cyberpunk 2077, I figured this was the most relevant test I could do.

Based on this discussion, supposedly the Gigabyte BIOS sets the voltage of the CPU too high. The only thing I did in BIOS was to set my RAM to run at its rated speed (How to Run DRAM at its Rated Speed with XMP). Aside from that, I have not modified anything. No adjusting of fan curve, no meddling around in BIOS for the CPU voltage or disabling the precision boost, I didn't even update my BIOS software and left the version as it is out of the box. I didn't remove or replace anything on my GPU, as I understand that the Accelero III is a popular modification to make on the GPU.

I guess my ultimate question is: Should I be concerned regarding those temperatures? And if so, what can I do to reduce them? 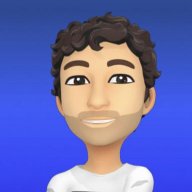 Your load temps seem pretty good for the CPU, just wondering why the GPU is at 80 Celcius? 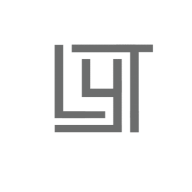 I'm not sure what the best airflow is for the Ncase, but try flipping the side fans as exhaust, and in the fans below the GPU keep them as is since the GPU fan are also sucking air in. 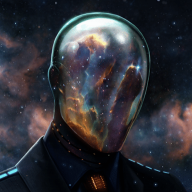 I can't give you any real insight, since I've never built in this case, but take a look at M1AF's Work-in-Progress on fan use in the Ncase M1. (One tab for aircooling, one for AIO Kraken x52)

Having used NZXT Cam before, I can tell you it will add like 5c to your "idle" temps. That software will never really let your cpu idle for long, it's a hog.

It's the same with other control/monitoring softwares from other hardware manufactures as well (corsair icue I'm looking at you) . Try out HWMonitor and see where your temps fall.
Reactions: TimeLordTim
R

I am still setting up a similar Ncase build with a 3700x and my cpu temperature is around 40 c using a Noctua Nh-L9 on idle and got up to 60 playing Fallen Order for a few minutes so I do know if you should be getting similar temps from a water cooler. I can tell you that most people seem to go with the side fans as e exhaust.