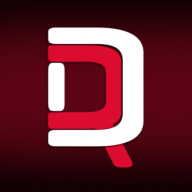 I recently caught the SFF trend and I am now working on transferring all my PCs to SFF. This is the first one

This started thanks to Optimum Tech's Youtube Channel, which from reading the forms I know everyone knows the channel. I really liked the idea of SFF just was always worried that I would mess it up some how. I got an email saying I could order a Ncase M1 so I jumped on it. I had no parts to speak of for this when I ordered it and it was a 3am decision. Fast forward 8ish weeks and my case showed up. I started out with some of what is listed above, minus the 3600xt which was a 1700x. This upgrade was thanks to a roommate building a PC for his younger sister so he bought my 1700x and I got the 3600xt. I ran to Micro Center to get the rest of what I needed to make this build happen. In the pictures you will see that there are a couple versions because I made some mistakes along the way. First one was build a Cooler Master ML 240, this ended up being an issue cause the tubes for the CLC were not long enough and were causing the block to be pulled up off the CPU. Also the Cooler Master CLC was really loud to me. Another shout out here to M1AF on reddit(sure he is here too), from reading his testing results and talking to him some. I now have the Celsius + installed and rocking amazing temps on stock clocks. Last mistake was getting the gold rated PSU not the platinum one so I didn't get the easier to rout cables sadly. That being said I have new cables coming and should be installed shortly. I also put 2 Arctic p20 fans on the radiator to help with noise. All my old PC parts that could not be transferred over to SFF are all on their way to my brother for his first build!

TLDR: First SFF build, had hiccups but in the end very happy with it!

Update: Fixed the cable management and added a Noctua NF-A9x14 for exhaust in the back