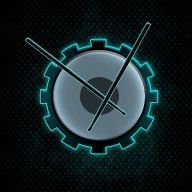 Hello! Im completely new with the concept of mini PCs.

I want to build a PC to perform live and I was thinking on the S4 case cause I could mount it inside a custom build rack , next to other gear.

I Use Ableton Live and I use E drums and a bunch of MIDI controllers , so my project is big (but not enormous) and I was thinking about getting a 8700k processor , 8700 or Maybe even a Ryzen one...

Im concerned about some facts :

First : Cooling... Could I use a 8700k (without clocking it) inside this case? Which cooling system would you recomend me? Or should I go with another CPU?

Second: I´ll be using a PCIe card as my sound interface. Im concerned about the fact of having to connect it using a PCIe riser. Could that affect the performance of this card?

Third : If I mount this case inside a rack , could this also affect the performance temperture?

so , I would like to add something that could bring me some RGB light inside the case. Could it be an additional fan?

By the way , I wont be using a GPU nor another SSD Drive. Only a 250 GB Samsung EVO.

How does this project sound? Any suggestions?

Beatmachinery said:
Second: I´ll be using a PCIe card as my sound interface. Im concerned about the fact of having to connect it using a PCIe riser. Could that affect the performance of this card?
Click to expand...

It will likely be fine


Beatmachinery said:
Third : If I mount this case inside a rack , could this also affect the performance temperture?
Click to expand...

Given that most rackmount gear is intended to have front - back (or occasionally side - side) airflow then potentially yes. Airflow in the s4 mini is via its side panels mostly (iirc) so If you mount this horizontally in an adapter of some kind its going to take up roughly 1.5u of space so you will have a little room above and below it (assuming you have gear racked above and below it). Something to be aware of i suppose.

https://smallformfactor.net/forum/threads/nfc-s3-mini-150.3652/
Ask @ngriesdo if its still for sale, just be aware that it takes a propriety form factor backplate (iirc) so if thats a thing you care about you will need to come up w/ a solution yourself.
Reactions: confusis

It may be worth considering a laptop, especially with this newest generation of Intel chips, you can get a laptop that's pretty quick with more than two cores now, it'll come with a display and probably have a smaller footprint overall. I wouldn't expect USB-C hubs to add any real latency.

But, if that PCI-e sound card is a necessity, it's probably not worth a laptop with some sort of external enclosure for the card--so an ITX system might be the way to go!

This system should be fine, though, I'm wondering if an 8700, especially an 8700K would be way overkill? But, I don't know how demanding Ableton Live is with your plugins and controllers so maybe I am underestimating. An issue with choosing Ryzen for your setup would be that it does not have integrated graphics, so you need to use a video card alongside the system. Eventually, Ryzen "APUs" (Raven Ridge, I think?) with integraged graphics will be coming out, but as I understand it, they'll all be 4-core chips with a Vega GPU occupying the other half of the silicon. Another thing about Ryzen to look into--I heard someone mention this but can't remember where--is that it can have higher latency than competing Intel chips in DAWs, but this was very very early on in Ryzen's lifespan so that could have been rectified.

If you're interested in rack-mounting your system, it might be worth "just" going for a case that's purpose-built to be rack-mounted.

You can do a better job of determining your needs than I can. The primary difference between the two is you can overclock the K, and it would theoretically have better resale value. In such a small case with a small cooler, and an unfavorable environment (i.e. next to warm equipment or whatever), it's possible you won't have all that much headroom to overclock your CPU.

I've run Ableton Live on an i7-4790K and it didn't seem particularly demanding, granted I didn't do all that much in there and I had no idea what I was doing. Basically, what I'm trying to say, is you might do just fine with like an i5, even an older one that has only 4 cores and 4 threads. And I'd be pretty surprised to find that the new 6-core i5 didn't cut it. I don't really know where to check what hardware music producers/performers use, but I've had friends do music stuff on macbooks and really janky, dated laptops.

P
S4 Mini Advice/Help/Suggestions/All of the above