Sort of a mini-review.

So I had a couple of Asrock embedded motherboards that were no longer able to drive my monitor's native resolution((2560x1440). I use these mostly as a Linux distro demo box application. Newegg had just gotten the Asrock Braswell refresh and the J3710 was $20 cheaper than the DC version, done. I had some Pico-box Z3s that I had previously used to power my 3770K/750Ti L2, but they got hot as hell so I switched to HDPlex which barely got warm under the same conditions, now everything is in my S4.

I had always thought that maybe it was just the current draw/efficiency that made the Z3 get so hot but after trying it in my Morex 557 box the whole box got very warm to the touch even though these mobos sip power. Being a fanless build the CPU approached 80C very quickly. At a hair more than 2L there's really no room for any DC-DC PSU in the 557 unless it plugs directly into the ATX connector on the mobo.

So back to the interwebs, $50 more later the Mini-box pico-PSU-120WI-25V. Didn't notice at first it was 20-pin but no problems and still way more power than needed. Normally people are using their 12V input units so I couldn't find much info but worth a shot. Hard to tell from the pics but these things are pretty darn thick. 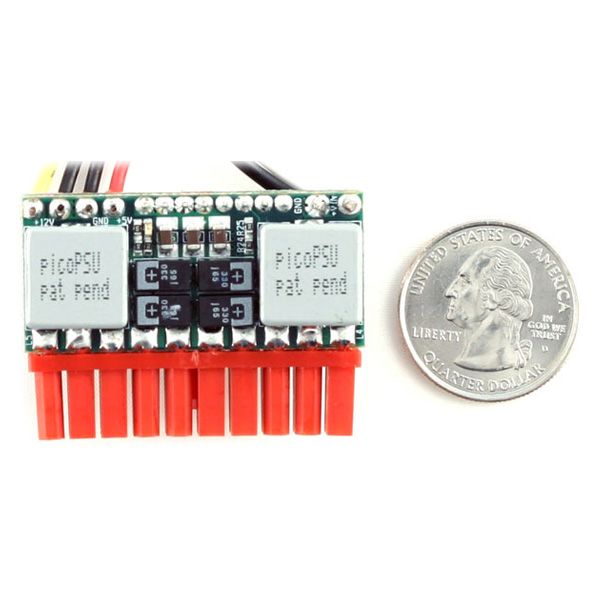 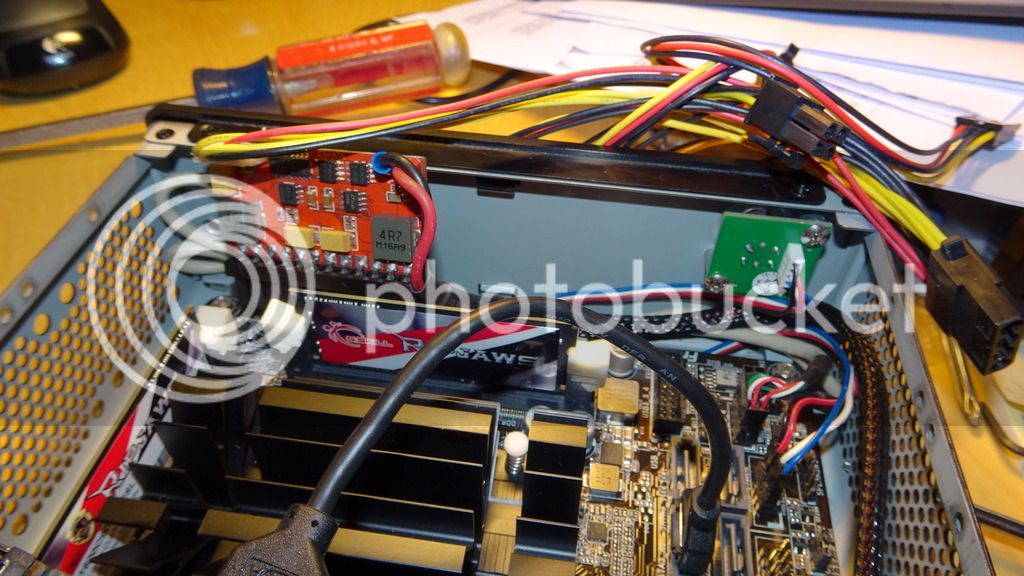 Wires and components real close to back of front USB board, closer than I'd like 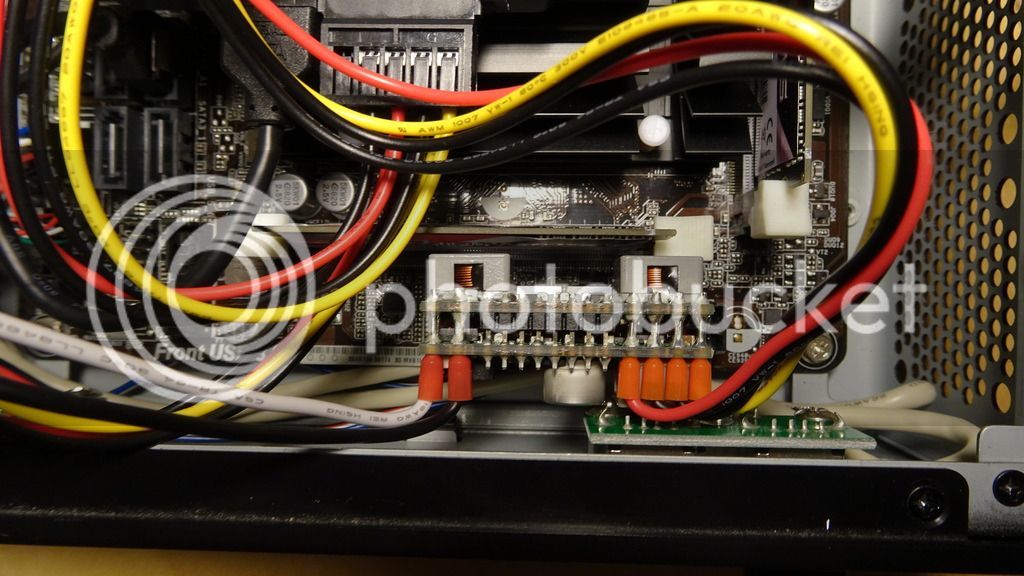 A bit of thick electrical tape and bending some backside pins down, and it's in. Coil does contact the DRAM release but really no issue, it's exactly flush with it. 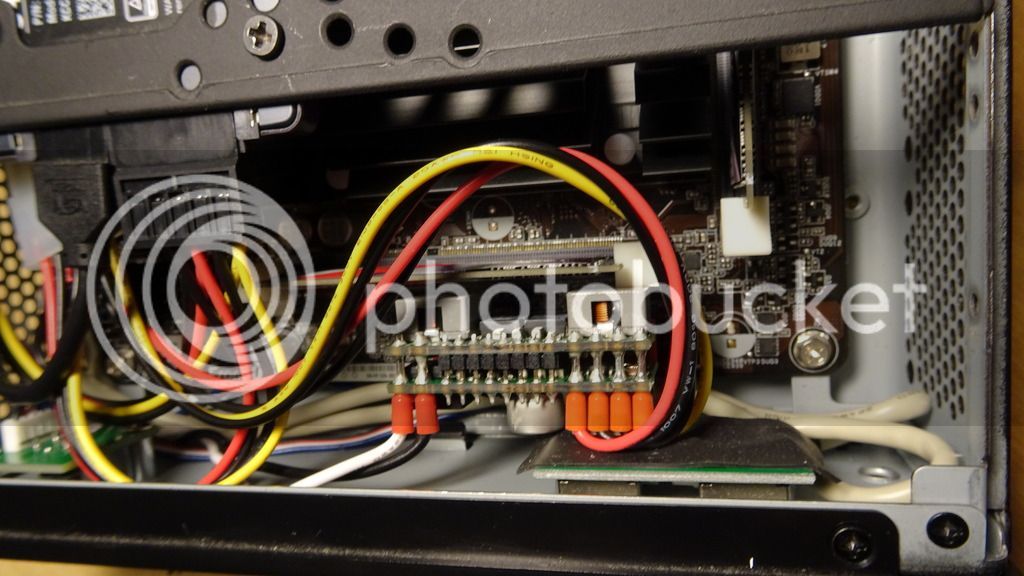 EDIT: These cases are barely bigger than the mobo plus heatsink, so heat gets trapped easily. Opened up to check, PSU running cool to the touch. 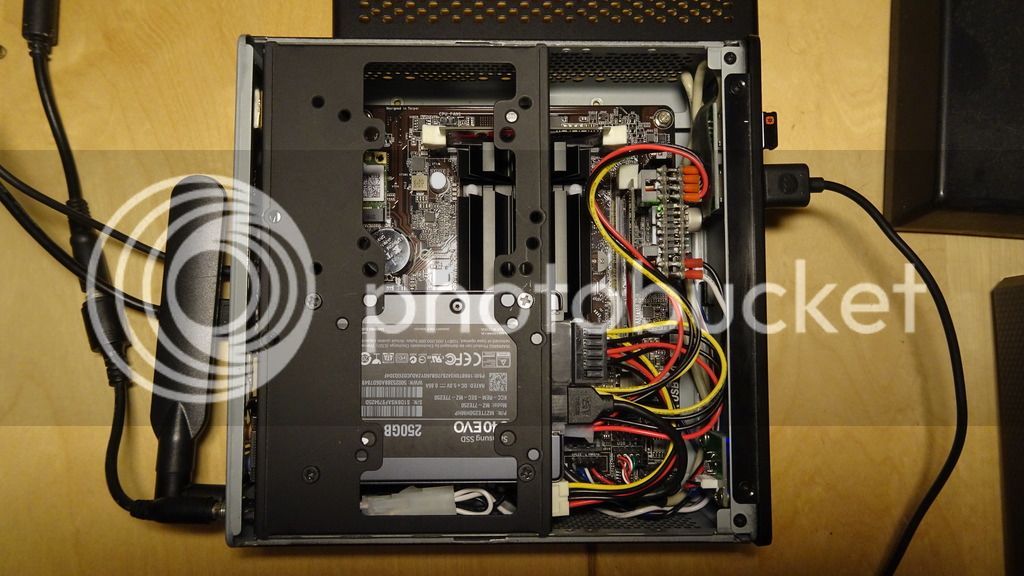 Back up and running, CPU now mid-50s but box is pretty temp neutral to the touch. Pretty satisfied with the PSU so far. If you have a 19V brick and fairly low power requirements it seems to be great alternative to the Z3. 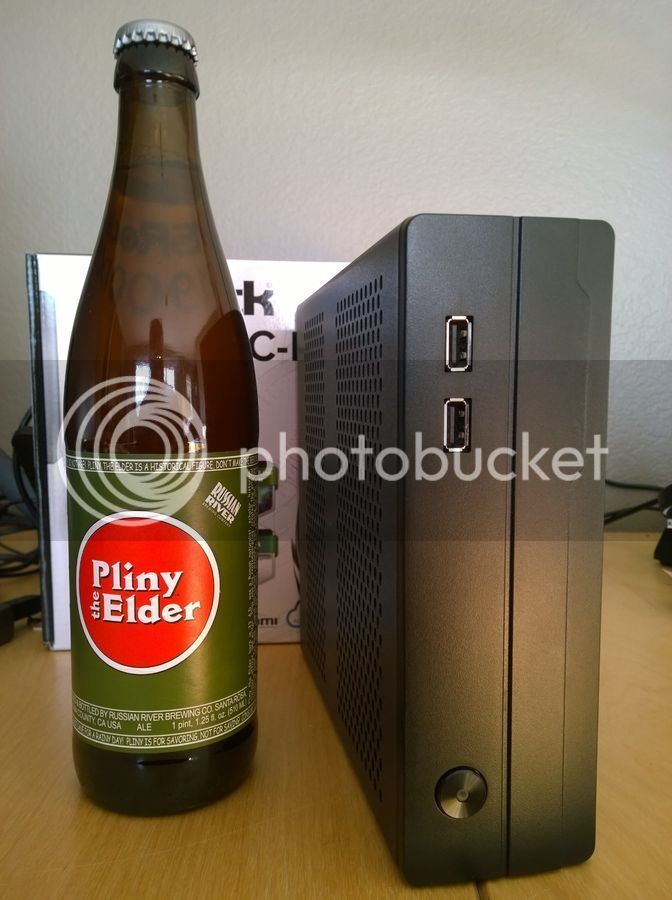 Thanks for the pics. I never knew these were using multiple PCBs, as I have never looked at them much beyond a product page or five and have yet to (have a reason to) own one.

Phuncz said:
Thanks for the pics. I never knew these were using multiple PCBs, as I have never looked at them much beyond a product page or five and have yet to (have a reason to) own one.
Click to expand...

Yeah though it's about half the height of the Z3, would rather they had just used a same height PCB as the Z3. Suppose there's some good reason as the BOM and assembly cost has to be higher.

Hardware Thursday at 2:38 AM
BaK