You are using an out of date browser. It may not display this or other websites correctly.
You should upgrade or use an alternative browser.
H

I recently upgraded to a Ryzen build on my main work/gaming PC, so I was left with an i5-6600K CPU. The first thought I had was to use it to build a mini Hackintosh PC, so after scanning eBay for a while, I snagged an ASRock H110M for under 40 bucks.

With those in hand, I'm looking for some opinions on what would be good, small cases and other components to go with this idea. As of now, I honestly feel like I wouldn't need a GPU, because I'll be doing zero gaming or intensive work on it. The only thing I'll be using the Hackintosh for is music stuff: Logic Pro X, guitar amp sims etc. But if the graphics performance is bad, it would be nice to be able to install a small AMD RX GPU like the 550 (because Apple has pretty much stopped supporting Nvidia).

Cases wise, some that caught my interest were the Silverstone ML08, Geek A1/A30 etc. I'm mainly prioritizing size, but I would also like one GPU slot if I need a GPU later (small sized GPUs like the RX550). I don't mind using a PicoPSU and a brick to keep the size small. Any thoughts, opinions or suggestions? Thanks!
R

Lone L5... very compact and has space for a low-profile GPU like a GTX1650. Also requires a brick. 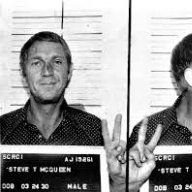 Robddd said:
Lone L5... very compact and has space for a low-profile GPU like a GTX1650. Also requires a brick.
Click to expand...

I take it you missed the whole "Hackintosh doesn't support Nvidia" part?
Still, not a terrible case, although really basic.
Personally I would argue more towards an NFC S4M if you're already going to go with a 5L case. Tons more versatility and better construction.
If you're looking more for a small, attractive, standard layout box, Streacom makes some really good looking HTPC style cases that would fit your needs. The F7C and FC8 come to mind. Although they use a single Low Profile slot. 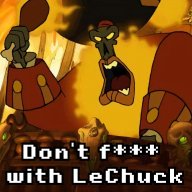