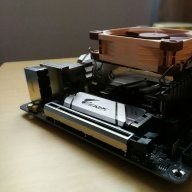 Thought I'd through some photos an such up about my new case.

Gone from pure SFF to just a bit over SFF.

Case is the title Jonsplus i100 Pro. Fans are in a chimney style layout slim Chromaxs in the base thicker NF12's in the roof as the exhaust

I'm very pleased with the case, dust filters all included, zero rivets and good build quality even built in cable routing for the cables that come out of the case. Layout wise it has three options, I've gone for the most boring only because the AIO hosing from the block sticks out straight rather than side exit like many others. 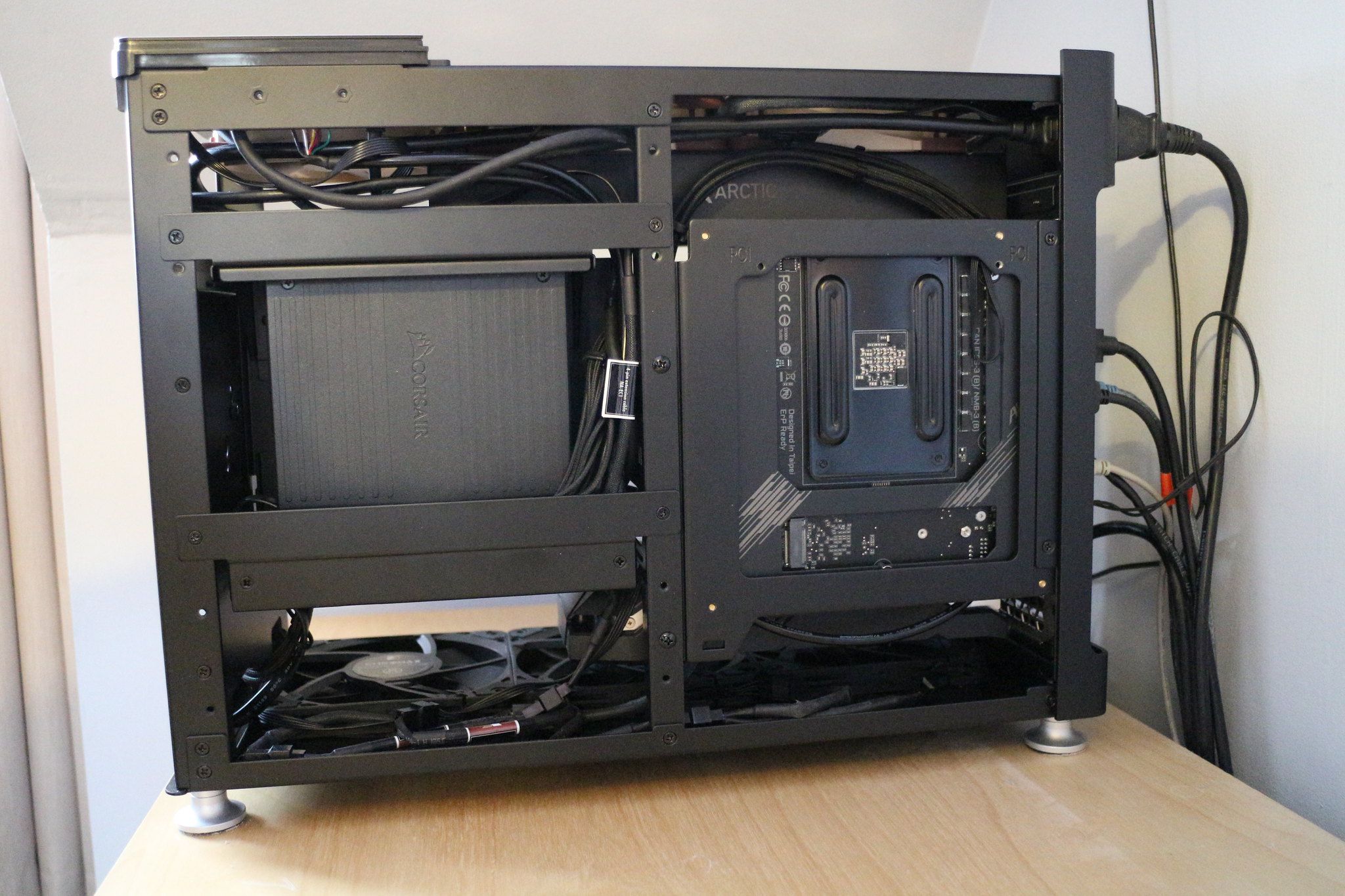 Starting at the back, not overly inspiring but gives you a good idea of layout and space. You can see where the PSU is mounted there are additional holes, they are for changing the PSU height, or using a normal ATX PSU, though doing so causes a number of constrictions on layout. 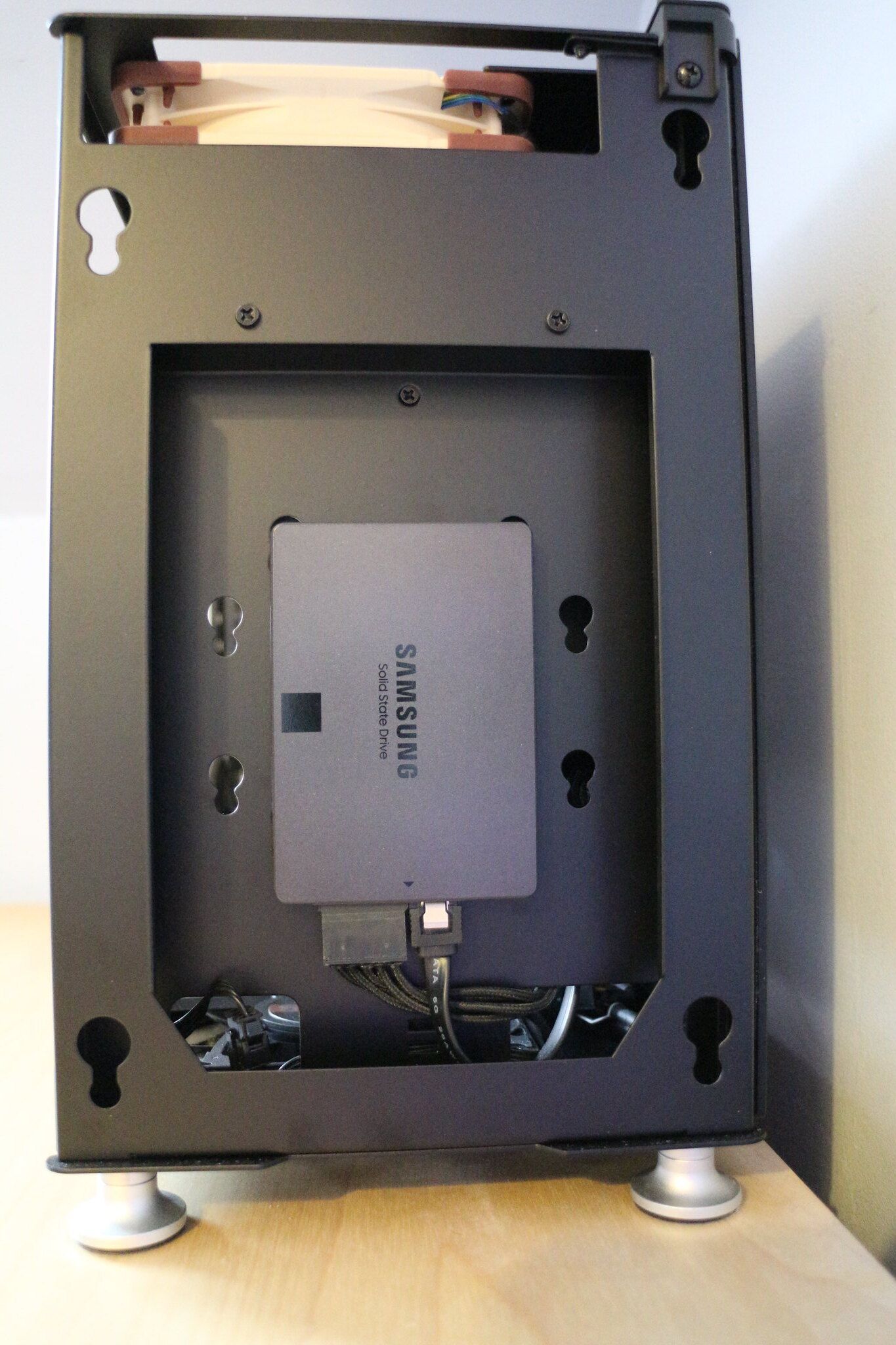 Front behind the 3mm thick slab of Aluminium you can lob in a 2.5" drive or a 3.5", does get a little warm in there though 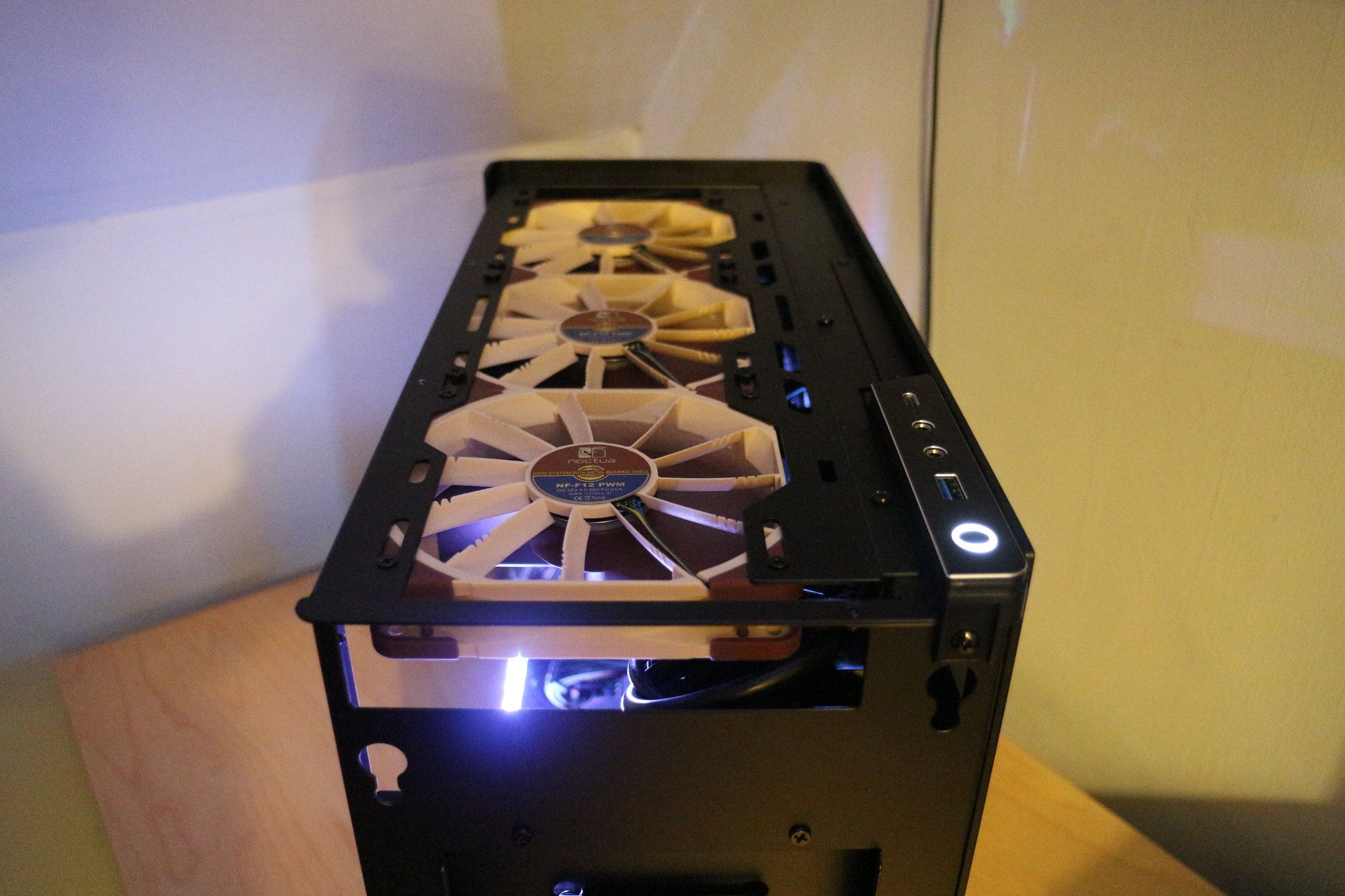 Top panel minus the grill can see the exhaust fans, right of the image is a removeable bracket idea being you can attach your up to 360mm radiator an slot it in more easily.
Front panel IO is nice and simple, power button is illuminated white with a patch that is red for HDD activity, single USB3 port, front panel audio headphone and mic jacks plus a USB Type-C though annoyingly my motherboards header for this is outside the case. 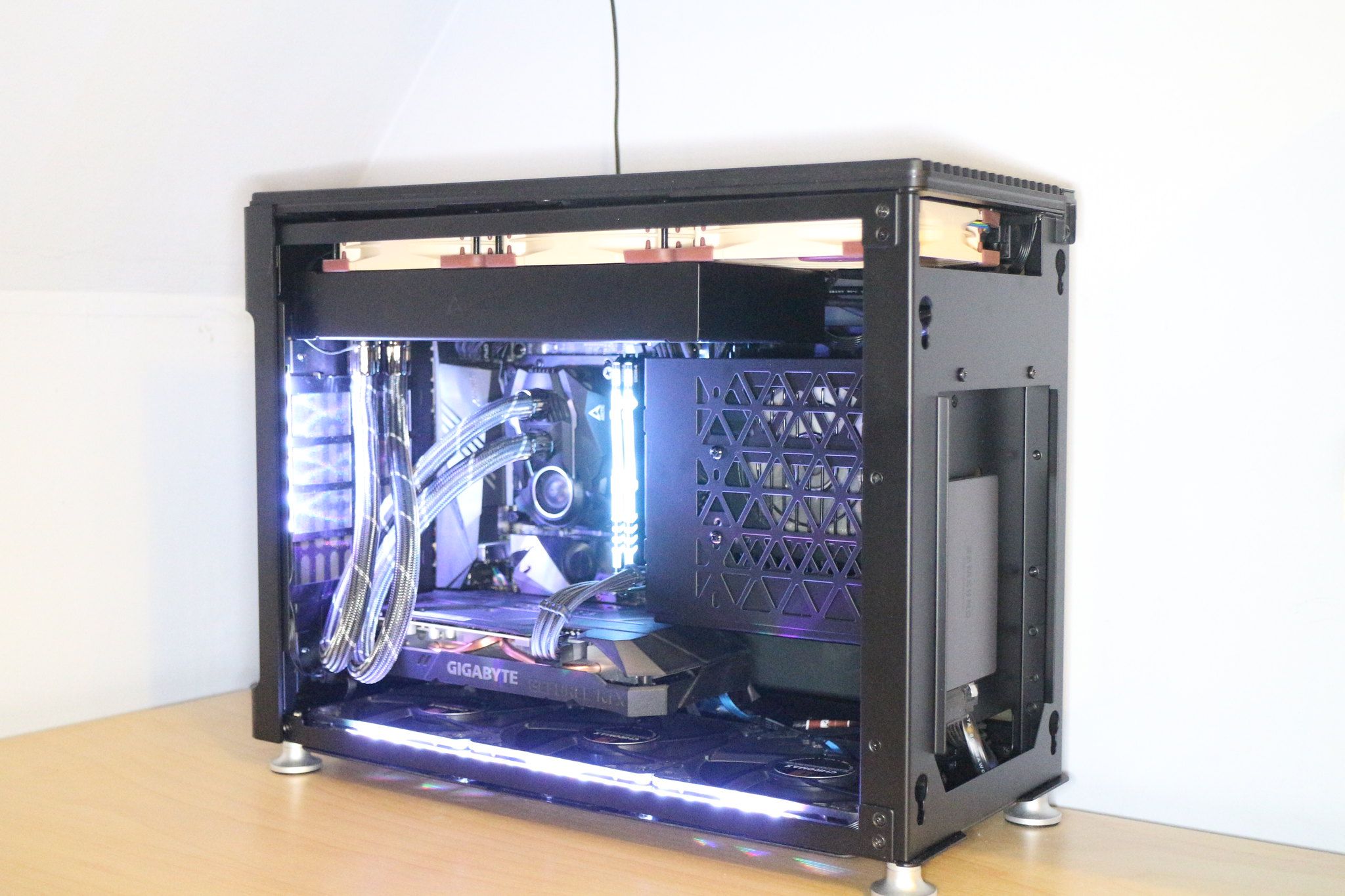 Slightly over bright, blame the flash ring, its on its lowest setting 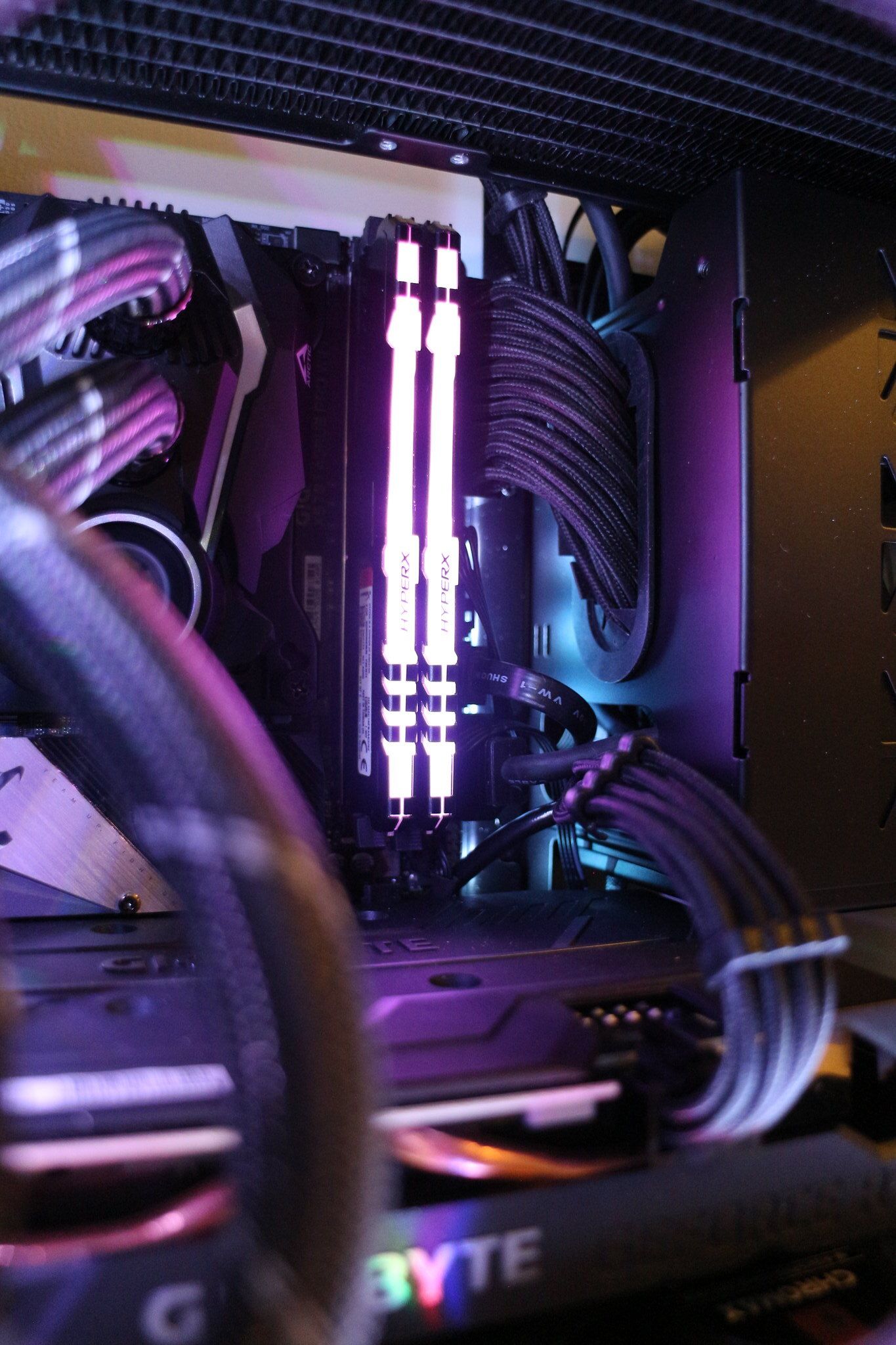 Last arty shot. Camera has decided it would like to have a corrupted firmware which is nice for it, not so nice when you need it to take photos.
Anyway I will get more at some point.

Temps wise its great I know the AIO is OTT for the CPU but stability and silence are key. GPU gets a little noisy an hot under load so I removed the factory TIM an applied some Noctua paste, seems better already in idle dropping a couple of degrees.

Very happy with it, plan is if the GPU market ever goes back to somewhere near normal pricing to pick up a new GPU an watercool the lot and use one of the Sandwich layouts so I can drop the PSU height down an use a nice thick rad.
Or, use two 360mm slim rads an the same layout.
Reactions: thelaughingman
Y

Very nice, I thought this was a cool case when I first saw it. What kind of room is there for a slim rad and fans under the gpu? 20mm slim rad and 15mm fans?

youngdocument said:
Very nice, I thought this was a cool case when I first saw it. What kind of room is there for a slim rad and fans under the gpu? 20mm slim rad and 15mm fans?
Click to expand...

Yeah thats about the max, easier if it was a capless radiator, ideal setup would be the GPU facing front as it comes up a bit higher an wont impeded airflow