I think I found a little gem: Realan E-i7

OK, this Realan E-i7 case has been around for at least 5 years, and it seems to (have) be(en) quiet popular as an HTPC. It is however under the radar among the SFF community due to
Well, in any case, it fit my use case and bill perfectly, and much better than I had anticipated. The bill part is easy to see, if you're in the US, you can get one for a mere $68. Not bad for a hair-brushed, 2mm aluminum case. I bought it from their main distributor through Aliexpress for $87 shipped to Turkey, where I live.

In terms of use case, I'm no gamer, but I tune into some old ones for nostalgia from time to time, and those don't require much GPU muscle. However, I need the CPU horsepower for running some data analytics / simulation / optimization code, so I was hell bent to build on a Ryzen 8-core system. Plus, I needed to carry this system between home&office, it had to be portable, and preferably fit in a 17" laptop bag.

Before I go into details of why this case ended up better than I expected, I'll give you a full list of what I could fit in there:

What did it replace? A Dell Precision M6800 with Quadro K4100M graphics at 8lbs! Was it worth it? Hell yeah, I was itching to make a custom build for the last 3.5 years, and I sold the Dell for $1350 and I now have double the CPU muscle, much better gaming graphics (though obviously no Quadro goodies which I didn't need).

Must also note that I already had a big-ass Dell U3415W monitor in the office, and for home I purchased the cheapest 2560x1440 IPS monitor I could find, which was the Lenovo L24q for $170 incl tax.

Now, if you're paying attention, you'll see that the GPU I purchased is double-slot, while the case has a single physical slot! Plus, the Cryorig C1 cooler is huge, and still it fit with two 2.5" SSD's! Plus, there are 4x 80mm fans in there along with the 140mm Cryorig fan! How is this all possible??!

PS: No, seriously, I have to go now but I'll be back with pictures, because I would like to showcase how millimetrically awesome this build ended up being. And, no, nothing was a surprise actually... I made detailed measurements before I was sure it would all fit 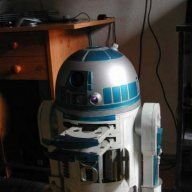 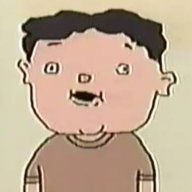 Looks decent on the exterior, and the interior looks amazing! Please let us know if the 1050ti fits! I might have to pick up one of these. 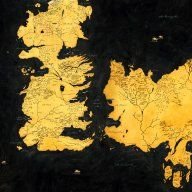 I think that GPU is going to cause issues. The cooler will probably fit fine but that DVI connector looks like it will most likely interfere with the case. The PCI slot is recessed but there is extra metal around the slot that would be where the DVI port is on the GPU. 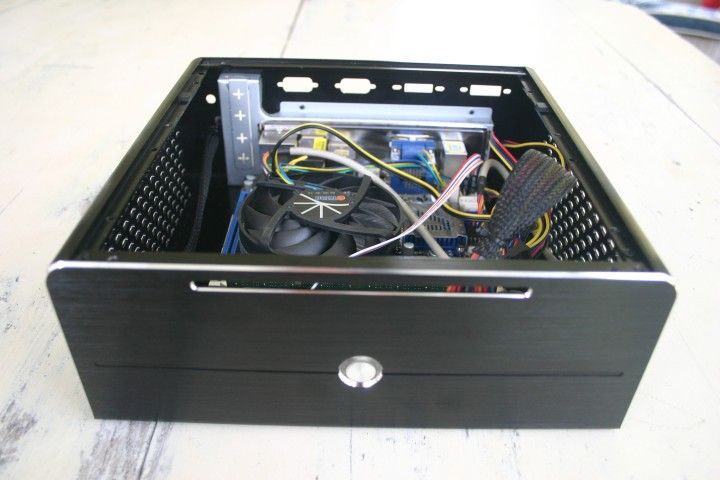 See here how the left side of the pci bracket extends a little instead of ending almost flush at the end of the opening.

My define r4 has a recessed PCI slot as a vertical mount and that allows me to put even a dual slot GPU there, but only because the recess is perfectly sized to the slot so the DVI connector can hang on the inside of the case. This isn't my build but the black on white illustrates what I'm talking about very well. 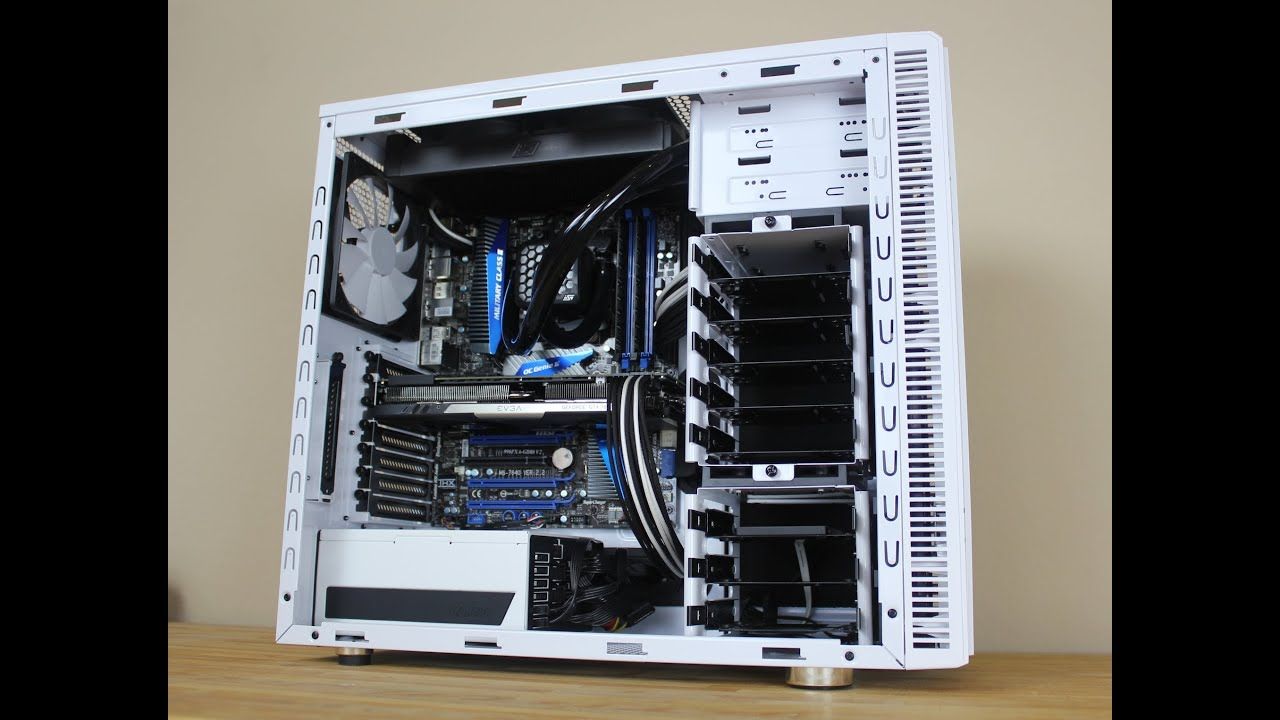 Pay attention to the vertical slot on the left and how little extra metal there is to the sides of it. That is what you'd need in order to fit a LP 1050ti, because every one I've seen has that DVI port on the second slot.

EDIT: Apparently he already fit it in there. Now I'm curious to know if he had to mod the case or if the DVI connector was able to slip in there.
Last edited: Dec 28, 2017

Actually everything fits perfectly. This build-log is ex-post, just to showcase the case and the component selection. It is extremely tight though, yes, but the DVI port does stay inside the case I am right now preparing an imgur album, and I'll put it on the OP...

Thanks for the concern tough
R

Nice case! Too bad it's not an inch or so wider to allow a full height GPU. I think a lot of us would be all over that if it were.

The OP updated with the imgur album, enjoy! (photos are huge, so click through for details)

About the airflow... After trying pretty much all configurations, this was the best for both the CPU and the GPU temps: the 2x80mm fans on the CPU side as intake, the 140mm heatsink fan as pull (exhaust), and the 2x80mm fans on the GPU side as exhaust. The cool air goes under the heatsink, gets pulled through it by the 140mm fan, which exhausts about half of that hot air, then the 80mm fans on the other side exhausts the remaining. Some hot air bounces off the side panel, and it's a shame that the ventilation is not larger, but the result is quiet good.

And, the best case orientation was to have the GPU on the top (what's pictured is not it, so it will rotate 180 degrees).

The CPU can OC better, and it was stable at 3.9GHz with ~1.38V (tested with open case and lower than usual ambient), but I arrived at this final config for stable and sufficiently cool 24/7 operation. Sweet spot, if you will. At 22C ambient, closed case, the CPU hits 87C under IBT AVX, which is not even a realistic load. I get CB R15.38 scores of 1725/158. Extremely happy.

I'm extremely happy with the GPU as well. Overclocked by 100MHz, it hits the temp target of 83C but maintains 1650-1700 MHz. It's perfectly sufficient to play my good old Heroes of Might and Magic games Still, I wish they made an underclocked GTX 1060 low-profile... moar is better, right

Overall, I strongly recommend building in this case, but as usual in SFF, measure/investigate twice (hell, thrice), buy once That is only how everything came together for me, though I must say, there was some luck involved too 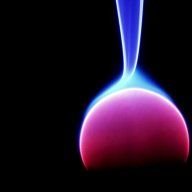 I have my home computer in the same case.
Zotac H67ITX-C-E mobo, Intel e3-1265L V2 cpu, noctua nh-l9i cooling and 2x8G DDR3 Ballistics Tactical and an Intel SSD 710 300GB.
actually I am using it in vertical position (standing on square self-adhesive rubber feet, cca 7mm high). as an expansion card I used e.g. a 40G NIC but that required a bit of a cooling.
In order to install two 80x15 fans to the bottom I had to relocate the dc inlet but that's all.
I think the exterior is pretty nice but the quality of the power putton is really bad. that's a junk
Reactions: Soul_Est

The power button is certainly of cheap type but I wasn't disturbed by it. Not a gratifying click but it works
Reactions: Mtthwmths

Very nice, well done! The case does remind me of the Streacom FC7 a lot.

I've done a similar fan mod with the low profile 1050ti from MSI but ended up replacing the heatsink as well because i wasn't comfortable watching the temps approaching 85C under heavy load. That tiny radiator was a real bottleneck, cause it gained me a 20C temp drop

robbee said:
Very nice, well done! The case does remind me of the Streacom FC7 a lot.

I've done a similar fan mod with the low profile 1050ti from MSI but ended up replacing the heatsink as well because i wasn't comfortable watching the temps approaching 85C under heavy load. That tiny radiator was a real bottleneck, cause it gained me a 20C temp drop
Click to expand...

I don't think 80-85C under the heaviest of loads is so bad. Gaming temps are more like high 70s.
Which heatsink did you put on it though, I'm curious?...

theGryphon said:
I don't think 80-85C under the heaviest of loads is so bad. Gaming temps are more like high 70s.
Which heatsink did you put on it though, I'm curious?...
Click to expand...

I used the Accelero S2, which i had to modify a bit to allow for low profile gpu compatibility. It's not a pretty sight, but it works very well: https://smallformfactor.net/forum/t...ero-s2-gpu-cooler-for-a-low-profile-gpu.3075/

robbee said:
It's not a pretty sight...
Click to expand...

theGryphon said:
The power button is certainly of cheap type but I wasn't disturbed by it. Not a gratifying click but it works
Click to expand...

Measure the hole in the case that it leaves if you take it out. You might be able to fit a 12mm or 16mm bulgin switch, the hole should already be round, it's just a matter of size.
Reactions: theGryphon

great cooling in a tiny package, however I am still fan of the internal psu types. also, didn't know there were people from Turkey here; Güzel olmuş, tebrikler.
Reactions: theGryphon

ondert said:
great cooling in a tiny package, however I am still fan of the internal psu types. also, didn't know there were people from Turkey here; Güzel olmuş, tebrikler.
Click to expand...

Me neither, lol Teşekkürler

Portability was one of the main goals, so I had decided to go with an external brick solution. I purchased two bricks, so I leave one at home, one in the office. Heck, that was the case with the Dell M6800 with its huge 240W bricks. Now I'm carrying only 3.2kgs/7lbs

Now that I've discovered DC-DC PSUs with external bricks, I don't see myself going with an internal PSU, as I don't see myself breaking the 500W envelope. This solution not only takes the weight away, it also takes the heat and noise away too. If one doesn't need to carry around their rig though, it's certainly fair going with an SFX-(L) PSU. Flex-ATX can also be justified if one needs a seriously on-the-go solution. It all depends on the use-case at the end.

I must put a side note that I also have an aging Surface Pro 2 for extreme portability.


Craiga35 said:
Measure the hole in the case that it leaves if you take it out. You might be able to fit a 12mm or 16mm bulgin switch, the hole should already be round, it's just a matter of size.
Click to expand...

The hole actually is 16mm in diameter. Depth might be a concern though, I need more info on those switches, also for how to affix them... Thanks!

Hahaha, you get it bro


This switch thing just got real btw. I have exactly 20mm on the inside of the case for it.
Anyone can recommend a really good switch with that clearance? If I'm gonna change it, I'll make it worthwhile

EDIT: Just to make sure, I'd need a 12V switch, right?
Reactions: Soul_Est

the way you fit everything was beautifull

theGryphon said:
EDIT: Just to make sure, I'd need a 12V switch, right?
Click to expand...

The switch just completes a circuit so that has no voltage rating really. The LED is what matters and if possible you'd get as close to 5v as you could as that's what the motherboard headers output. Otherwise you can use a 12v LED and wire it into a molex connector instead which can supply 12v.

Here's one that's 20mm in depth and 12v. They also have 2.8v if you wanted to get a resistor and use it with the front panel connector instead.
https://www.amazon.com/dp/B071JGBWJ2/?tag=theminutiae-20

The saga of the little gem continues...